There are two ways of running a government.

The lesson illustrates, with the examples of Belgium and Sri Lanka, how power-sharing is handled by democracies and we learn how necessary it is to share power in a democracy wisely.

In a modern democracy, power-sharing arrangements can take many forms.

Question for Key Concepts: Power-sharing
Try yourself:In dealing with power sharing, which one of the following statements is NOT correct about democracy?
Explanation

In a democracy, even though the power is dispersed quick actions and decisions can be taken when necessary.

(i) Geographical Position: Small country in Europe, bordered by the Netherlands, France and Germany. 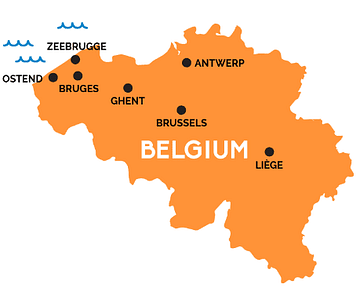 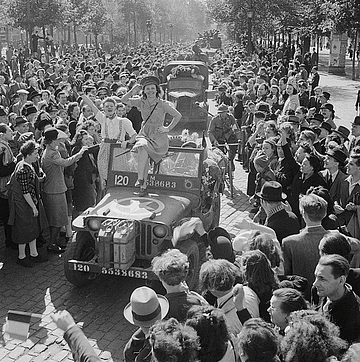 (vi) Accommodation in Belgium: Belgium constitution was amended four times, between 1970 and 1993, so as to assist all communities to live together within the same country, with the result that it did not suffer from a civil war, demands for autonomy or partition of the country.

(i) Geographical Position: A small island in Asia, off the southern coast of Tamil Nadu. 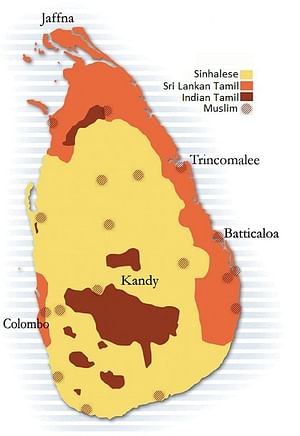 (iii) Ethnic Composition: 74% Sinhalese-speaking people, 18% Tamil-speaking people, 13% are natives of Sri Lanka, known as Sri Lankan Tamils.The rest are called Tamils who are descendants of plantation workers, who came from India during the colonial period.

(iv) Religion: Most of the Sinhala-speaking people are Buddhists. Most of the Tamils are Hindus or Muslims. Christians constitute 7% of the population and they belong to both Sinhala and Tamil communities.

Question for Key Concepts: Power-sharing
Try yourself:Consider the following statements about the ethnic composition of Sri Lanka:
A. Major social groups are the Sinhala- speaking (74%) and Tamil-speaking (18%)
B. Among the Tamils, there are two sub-groups, Sri Lankan Tamils and Indian Tamils.
C. There are about 7% Christians, who are both Tamil and Sinhala.
D. Most of the Sinhala-speaking are Hindus or Muslims and most of the Tamil-speaking are Buddhists.
Which of the above statements are correct?
Explanation

A. Major social groups are the Sinhala- speaking (74%) and Tamil-speaking (18%)
B. Among the Tamils, there are two sub-groups, Sri Lankan Tamils and Indian Tamils.
C. There are about 7% Christians, who are both Tamil and Sinhala.

From 1970 to 1993, the constitution of Belgian was amended four times. The idea was to work out an arrangement that would make everyone to live together. Key elements of the Belgian model are:

Hence, it was a fairly better alternative than the majoritarian policy of Sri Lanka.

Q.1: What is vertical division of power?

Ans: Ethnic means a social division based on shared culture and common descent. People belonging to an ethnic group need not have the same religion or nationality.