The document Laxmikanth Summary: President UPSC Notes | EduRev is a part of the UPSC Course Famous Books for UPSC Exam (Summary & Tests).
All you need of UPSC at this link: UPSC

Articles 52 to 78 in Part V of the Constitution deal with the Union executive. The Union executive consists of the President, the Vice-President, the Prime Minister, the council of ministers, and the attorney general of India. The President is the head of the Indian State. He is the first citizen of India and acts as the symbol of unity, integrity, and solidarity of the nation. 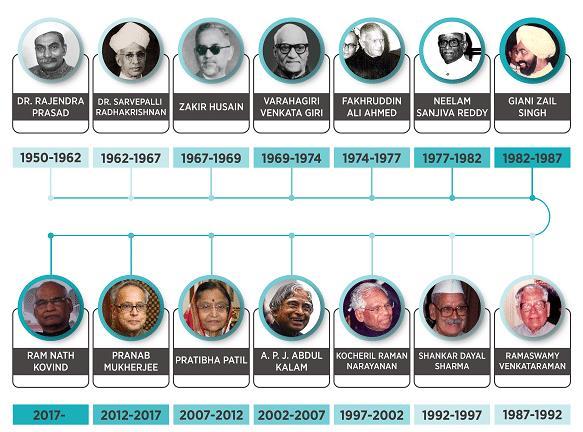 Election of the President

The President is elected not directly by the people but by members of the electoral college consisting of:

(iii) The elected members of the legislative assemblies of the Union Territories of Delhi and Puducherry. 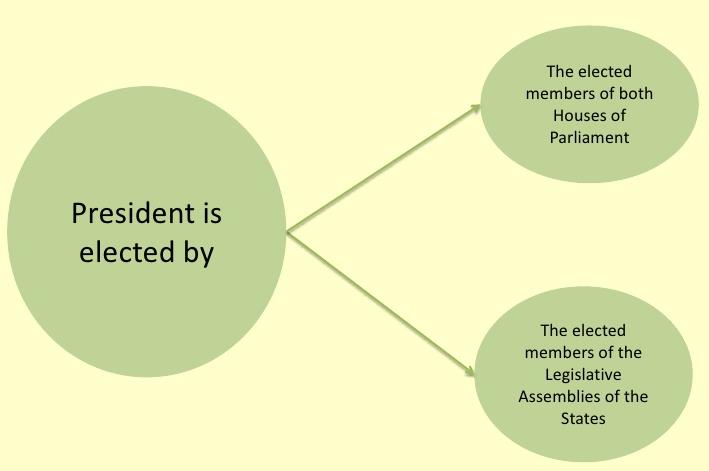 Where an assembly is dissolved, the members cease to be qualified to vote in the presidential election. To achieve this, the number of votes which each elected member of the legislative assembly of each state and the Parliament is entitled to cast at such election shall be determined in the following manner:

Constitution makers chose the indirect election due to the following reasons:

(i) Under this system, the President is only a nominal executive and the real powers are vested in the council of ministers headed by the prime minister.

(ii) The direct election of the President would have been very costly and time and energy-consuming due to the vast size of the electorate. 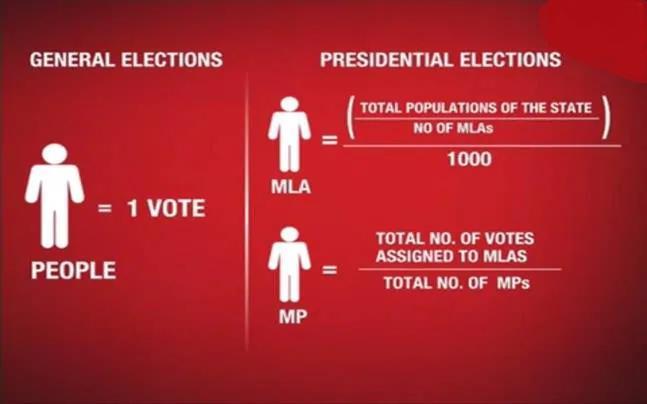 President must be subscribed by at least 50 electors as proposers and 50 electors as seconders. Every candidate has to make a security deposit of Rs 15,000 in the Reserve Bank of India.➢ Oath or Affirmation by the PresidentBefore entering upon his office, the President has to make and subscribe to an oath or affirmation. In his oath, the President swears:(i) To faithfully execute the office.(ii) To preserve, protect, and defend the Constitution and the law.(iii) To devote himself to the service and well-being of the people of India. The oath of office to the President is administered by the Chief Justice of India and in his absence, the senior-most judge of the Supreme Court available.➢ Conditions of President’s OfficeThe Constitution lays down the following conditions of the President’s office:

(i) He should not be a member of either House of Parliament or a House of the state legislature.

(ii) He should not hold any other office of profit.(iii) He is entitled, without payment of rent, to the use of his official residence (the Rastrapathi Bhavan).(iv) He is entitled to such emoluments, allowances, and privileges as may be determined by Parliament.(v) His emoluments and allowances cannot be diminished during his term of office.

The President holds office for a term of five years from the date on which he enters upon his office.

➢ ImpeachmentThe impeachment charges can be initiated by either House of Parliament. These charges should be signed by one-fourth of members of the House (that framed the charges), and a 14 days notice should be given to the President. After the impeachment resolution is passed by a majority of two-thirds of the total membership of that House, it is sent to the other House, which should investigate the charges. The President has the right to appear and to be represented at such investigation. If the other House also sustains the charges and passes the impeachment resolution by a majority of two-thirds of the total membership, then the President stands removed from his office from the date on which the resolution is so passed.

Powers and Functions of the President 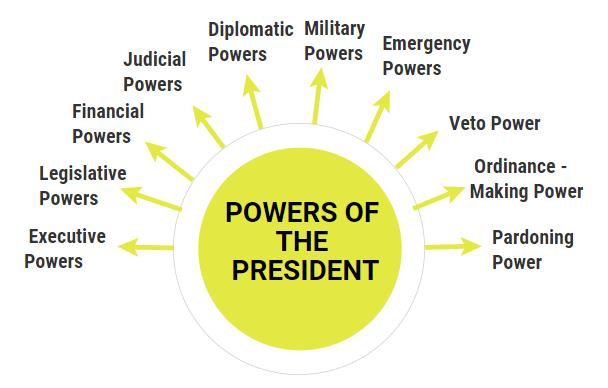 1. Executive Powers The executive powers and functions of the President are:

2. Legislative PowersThe President is an integral part of the Parliament of India and enjoys the following legislative powers.

3. Financial Powers The financial powers and functions of the President are:

4. Judicial Powers The judicial powers and functions of the President are:

5. Diplomatic PowersThe international treaties and agreements are negotiated and concluded on behalf of the President. However, they are subject to the approval of the Parliament.

6. Military PowersHe is the supreme commander of the defence forces of India. In that capacity, he appoints the chiefs of the Army, the Navy, and the Air Force. He can declare war or conclude peace, subject to the approval of the Parliament.

7. Emergency PowersPresident to deal with the following three types of emergencies:

8. Veto PowerA bill passed by the Parliament can become an act only if it receives the assent of the President. When such a bill is presented to the President for his assent, he has three alternatives (under Article 111 of the Constitution):

9. Ordinance - Making PowerArticle 123 of the Constitution empowers the President to promulgate ordinances during the recess of Parliament. These ordinances have the same force and effect as an act of Parliament.

10. Pardoning PowerArticle 72 of the Constitution empowers the President to grant pardons to persons who have been tried and convicted of any offence in all cases where the:

The pardoning power of the President includes the following:(i) Pardon: It removes both the sentence and the conviction and completely absolves the convict from all sentences, punishments, and disqualifications.(ii) Commutation: It denotes the substitution of one form of punishment for a lighter form.

Example: A death sentence may be commuted to rigorous imprisonment.

(iii) Remission: It implies reducing the period of a sentence without changing its character.

(iv) Respite: It denotes awarding a lesser sentence in place of one originally awarded due to some special fact, such as the physical disability of a convict or the pregnancy of a woman offender.(v) Reprieve: It implies a stay of the execution of a sentence (especially that of death) for a temporary period. Its purpose is to enable the convict to have time to seek pardon or commutation from the President

Under Article 161 of the Constitution, the governor of a state also possesses the pardoning power. Hence, the governor can also grant pardons, reprieves, respites, and remissions of punishment or suspend, remit, and commute the sentence of any person convicted of any offence against state law.But, the pardoning power of the governor differs from that of the President in the following two respects: