Powers and Functions of Chief  Minister 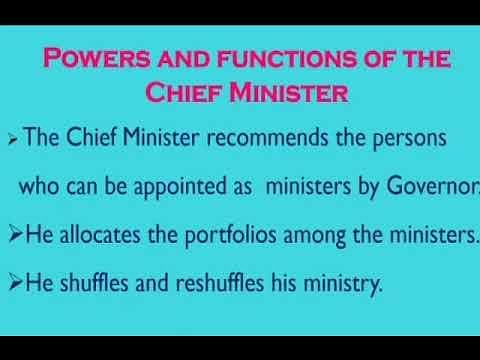 1. In Relation to the Council of Ministers (i) The governor appoints only those persons as ministers who are recommended by the Chief Minister.

(ii) He presides over the meetings of the council of ministers and influences its decisions.

(iii) He guides, directs, controls, and coordinates the activities of all the ministers.

3. In Relation to State Legislature

➢ Other Powers and Functions