Q.1. What are ‘resources’? Distinguish between renewable and non-renewable resources. Give examples.Ans. Natural endowments which can be utilized to satisfy our needs, provided they are technologically accessible, economically feasible and culturally acceptable, are termed as resources. 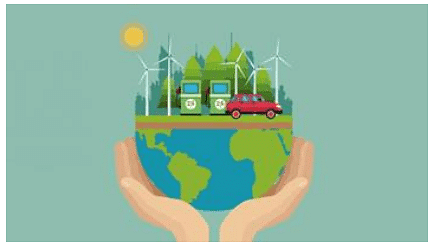 Materials available in the environment become a resource only when human beings utilize the available technology and institutions created by themselves to transform the substances into usable products which have utility and fulfill human wants. Hence, resources are a function of human activity.Resources may be classified into renewable and non-renewable resources on the basis of their exhaustibility. 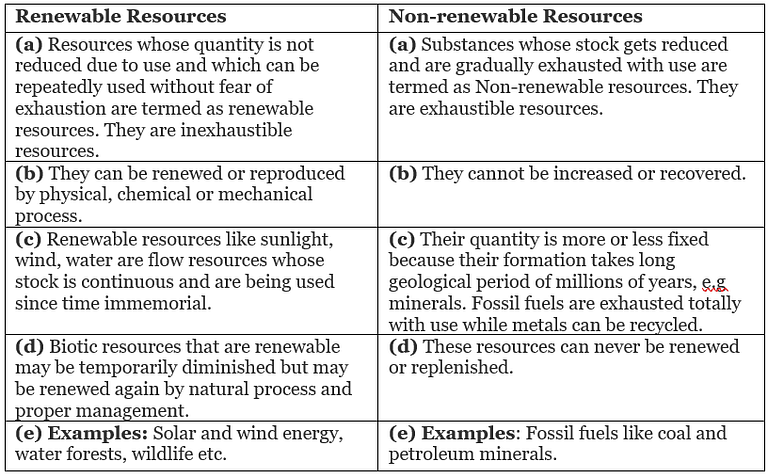 Q.2. What are the steps involved in the complex process of resource planning? Why is resource planning important in the context of a country like IndiaAns. Resource planning is a complex process which involves:(a) Identification of resources across the country through surveying, mapping and preparation of inventory of resources through their quantitative and qualitative estimation and measurement.(b) Develop a planning structure for resource development taking into account technology, skill and infrastructure available for implementing the plans.(c) Matching the resource development plans with overall national development plans. This involves systematic planning of exploitation of resources. Resource planning is important in a country like India, which has enormous diversity in the availability of resources. While some regions are rich in certain types of resources, they may be deficient in some other types of resources. For example, a mineral-rich region may be poor in infrastructure or may be socio-culturally backward and included in economically backward regions.Some regions are self-sufficient in terms of availability of resources, while, on the other hand, there are regions that face an acute shortage of resources. Thus, for proper development, distribution, sharing and utilization of resources, taking into consideration the technology, quality of human resources and historical experiences of the people, resource planning is essential for development. India has made concerted efforts for achieving the goals of resource planning right from the First Five Year Plan launched after Independence.Q.3. What are the main types of soil found in India? Which type of soil is the most widespread and important soil of India? Describe in detail about this soil type.Ans. The main types of soil found in various parts of India are as follows:(a) Alluvial soil.(b) Black soil.(c) Red and yellow soil(d) Laterite soil(e) Arid or Desert soil.(f) Forest and Mountainous soil.Alluvial soil is the most fertile, widespread and important soil of India. 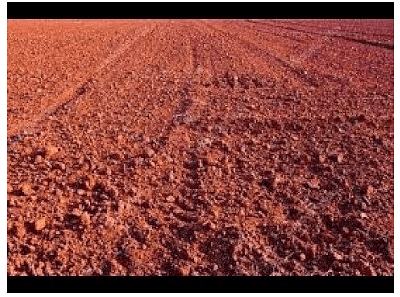 They are riverine soil transported and deposited by the three great river systems - the Indus, the Ganga and Brahmaputra - which have formed the entire Northern Plains. They are also found in the deltas of the Mahanadi, the Godavari, the Krishna and the Kaveri rivers along the Eastern Coastal plains. They also extend in a narrow corridor to Rajasthan and Gujarat. 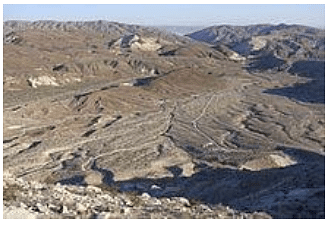 The fertility of the alluvial soil has made the Northern Plains and the Eastern Coastal Plain the most productive agricultural regions of India with a high density of population. The alluvial soil contains adequate proportion of potash, phosphoric acid and lime which are ideal for cultivation of paddy, wheat, other cereals and pulses and sugarcane. The alluvial soil consists of various proportions of sand, silt and clay. The soil near the floodplain are more or less fine and in the deltas they are finest. 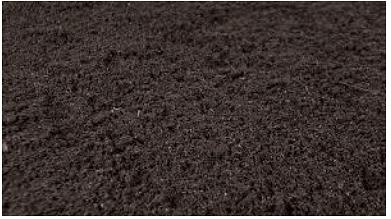 They are coarse in the upper reaches of the river valley especially near break of slope and in piedment plains like Duars, Chos and Terai. Alluvial soils are renewed every year during annual floods. The new, fertile, light colored and fine alluvial deposited near the river is called khadar. The old alluvial deposited earlier are found at about 30 meters above the flood level of the rivers. They are clayey, dark in color, coarse with kanker nodules and less fertile.Q.4. What is soil erosion? How do human activities and natural forces cause soil erosion? Suggest measures of soil conservation in hilly and mountainous areas and in desert areas.Ans. The denudation or destruction of the soil cover and their subsequent natural removal is termed as soil erosion. Human activities as well as natural forces cause denudation of the top soil. The soil nutrients are subsequently washed away by running water or blown away by wind. Human activities like deforestation, overgrazing, construction and mining as well as faulty methods of farming lead to soil erosion. 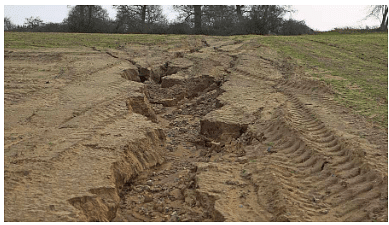 Natural forces like wind, water and glacier can cause soil erosion. Surface runoff leads to formation of gullies, badlands and ravines by cutting out channels in the soil. Entire topsoil may be washed off under the impact of sheet erosion caused by large water flows down a slope. Loose soil may be blown away by wind easily. In hilly and mountainous areas the following measures can help to control soil erosion:(a) Contour ploughing or ploughing along the contour lines of a high land can decelerate flow of water down the slopes.(b) Terrace cultivation or cutting of steps around the slopes to provide land for agriculture also checks downhill flow of water and controls soil erosion, e.g. as in Western and Central Himalayan region.(c) Afforestation can help in soil conservation in hilly areas. In dry desert areas, planting of rows of trees known as shelter belts to check velocity of wind can control soil erosion. These shelter belts have contributed significantly to the stabilisation of sand dunes and checking the spread of desert in Western India.Q.5. What is the need for ‘conservation of resources’? Elucidate in the light of Gandhiji’s view.Ans. Irrational consumption and over-exploitation of resources without consideration for the future generations have led to grave socio-economic and environmental problems. Social and economic distinctions on the basis of have and have-nots and global ecological problems like global warming, ozone layer depletion, environmental pollution and land degradation are all consequences of uncontrolled exploitation of resources. To overcome these problems and to preserve resources for our future generations as well, conservation of resources is essential.Gandhiji expressed his concern about resource conservation through these words, “There is enough for everybody’s need but not for anybody’s greed.” According to Gandhiji, greedy and selfish individuals and exploitative nature of modern technology is the root cause for resource depletion at the global level. He advocated production by the masses and was against mass production that lead to uncontrolled exploitation of resources.Accumulation of resources in a few hands due to indiscriminate exploitation of resources has divided the society into rich and poor. An equitable distribution of resources has become essential for sustained quality of life and global peace. This can reduce tension between countries and lead to planned and judicious use of resources. Similarly, conservation of resources can also help tackle ecological crises of global level.