Poles of a Magnet 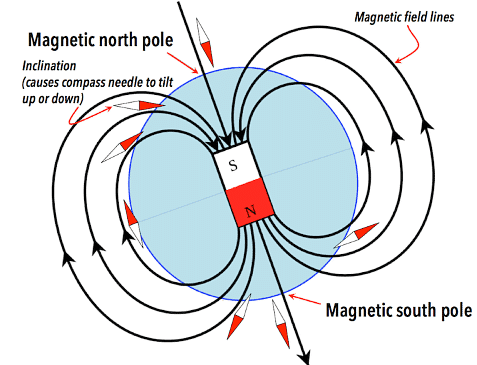 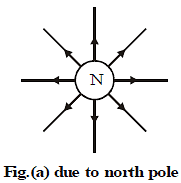 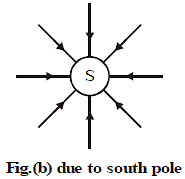 Properties of Magnetic lines of forces: 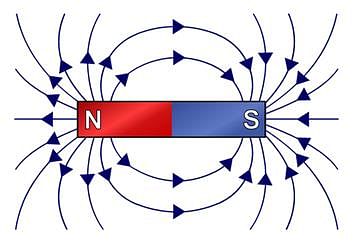 Magnetic Field Due to a Current-Carrying Conductor

The experimental arrangement used by Oersted is shown in Fig:

Note: If current flows in the conductor from South towards North, with conductor, kept over the needle, then North pole of the needle will be deflected towards West.

Magnetic Field Due to Current through a Straight Conductor (Wire)

Magnetic field lines around a current carrying straight conductor is represented by concentric circles. Magnitude of magnetic field produced at distance  r is given by

Magnetic Field Due to Current through a Circular Coil

Magnetic Field Due to Current in a Solenoid 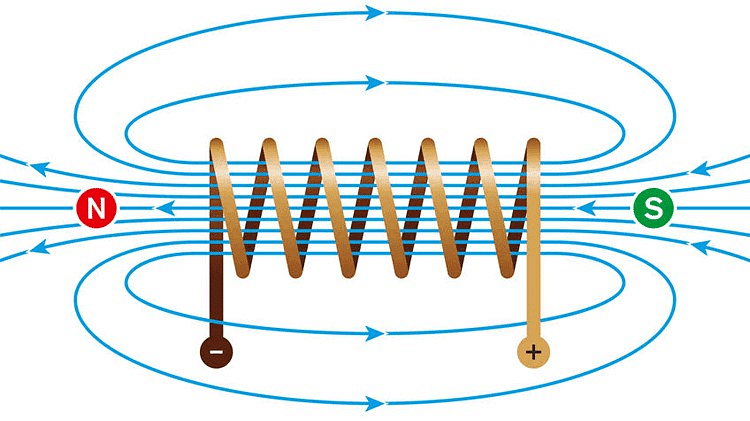 (d) Magnetic Field around a Solenoid: The Field is Straight inside it.

Note: Permeability is a magnetic property of material related to magnetism.

Factors on which the strength of a magnetic field produced by a current-carrying solenoid depends:

Strength of current: The larger the current passed through the solenoid, the stronger is the magnetic field produced.

Nature of the core material: By winding the coil over a soft iron cylinder, called the core, the magnetic field can be increased several thousand times.

The strength of the electromagnet depends on:

Table: Difference between an Electromagnet and a Permanent Magnet 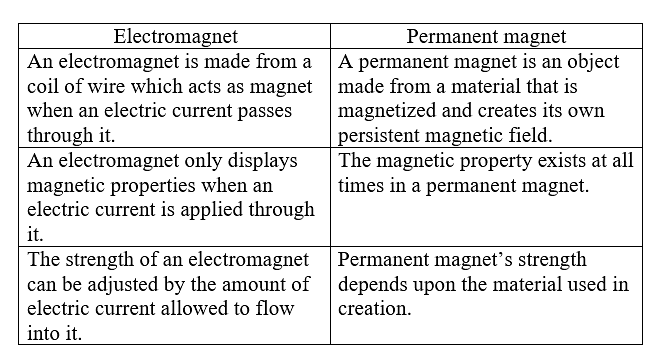 Q.1: Give one important advantage of AC over DC Ans: A.C can be stepped up and stepped down which means that the voltage can be increased or decreased. Hence it can be transmitted to long distances without much loss of energy. So A.C is preferred over D.C

Q.3: What is a solenoid?Ans: A solenoid is a long cylindrical conductor coil, having a large number of turns of insulated copper wire.