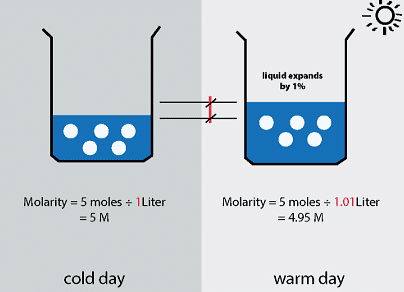 Normality (N):No of gm. equivalents of solute present in 1000 ml of solution.

Number of gram equivalent  of solute  = Mass of solute in gram/equivalent weight of soluteEquivalent weight of solute (E)   = Molar mass of solute/Valence factor(i) Valence factor for base = acidity of base(ii) Valence factor for acid = basicity of acid(iii) Valence factor for element = valencyThus, if one gram equivalent of a solute is present in one litre of the solution,  the concentration of the solution is said to be one normal.RELATIONSHIP BETWEEN NORMALITY AND MOLARITYWe know that,Molarity × Molecular mass = Strength of solution (g/L)  Similarly,  Normality × Equivalent mass = Normality of the solution (g/L)  Hence,  Molarity × Molecular mass = Normality × Equivalent mass    So, Normality = n × MolarityFormality (f): It is the number of formula mass in grams present per litre of solution. In case formula mass is equal to molecular mass, formality is equal to molarity. Like molarity and normality, the formality is also dependent on temperature. It is used for ionic compounds in which there is no existence of molecule. Mole of ionic compounds is called formole and molarity as formality.

Mole fraction: The mole fraction of a particular component in a solution is defined as the number of moles of that component per mole of solution.If a solution has nA mole of A & nB mole of B. 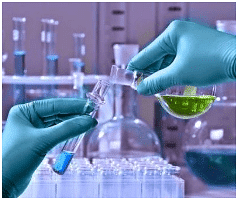 Relationship between Molality & mole fraction: Consider a binary solution consisting of two components A (Solute) and B (Solvent).Let xA & xB are the mole fraction of A & B respectively.

Example: An aqueous solution is 1.33 molal in methanol. Determine the mole fraction of methanol & H2O.Solution.