MONETARY POLICYIt is a macroeconomic policy tool in which the central bank (RBI) regulates the money supply and interest rates to control inflation, boost growth and stabilise currency.

MONETARY POLICY TOOLSTo achieve the goals of monetary policy the following 2 types of tools are available to the RBI1. Quantitative: It includes repo, reverse repo,open market operations , CRR and SLR.(i) CRR: It is the portion of bank deposits that a bank should keep with the RBI in the form of cash.(ii) SLR: It is the portion of time(fixed deposits) and demand(saving and current account)deposits of the banks that it should keep in the form of RBI approved liquid assets like cash, gold and government securities. 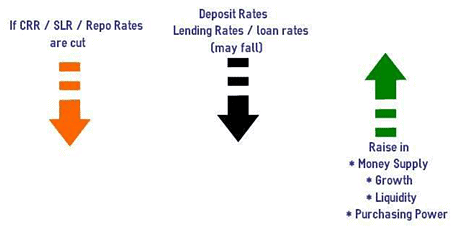 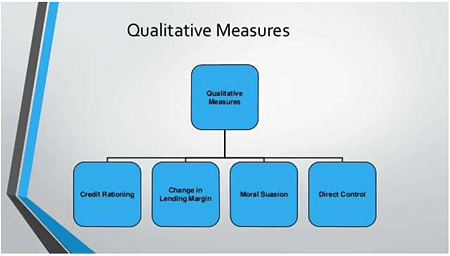 (i) Credit rationing: A maximum limit to loans and advances to a particular sector is set by RBI.(ii) Moral suasion: Is an informal tool to persuade banks to adopt a certain behavior, to lower interest rates or to lend to small businesses . It is moral encouragement.(iii) Direct control: The RBI here takes control of the functioning of the bank and sets parameters of business itself.

DEVELOPMENT OF INDIAN BANKING(i) In order to make the Reserve Bank of India more powerful, the Indian Government nationalised it on January 1,1949.(ii) With a view to have the co-ordinated regulation of Indian banking, the Indian Banking Act was passed in March 1949.(iii) According to this Act, the Reserve Bank of India was granted extended powers for the inspection of non-scheduled banks.(iv) For the development of the banking facilities in the rural areas the Imperial Bank of India was partially nationalised on July 1, 1955 and it was named as the State Bank of India.(v) Other 8 banks were converted as its associate banks which form what is named as the State Bank Group.(vi) After one decade, on April 15, 1980, those 6 private sector banks whose reserves were more than Rs. 200 crore each were nationalised.RESERVE BANK OF INDIA

FUNCTIONS OF THE RBI 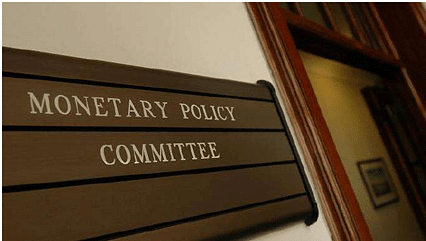 It was set up in 2016 after the Monetary Policy Framework Agreement which made inflation targeting a legal responsibility of RBI.

It was recommended by the Urijit Patel committee in 2014.

Composition: 3 members from RBI (Governor -who acts as the ex-officio chairman, RBI deputy governor, one official nominated by the RBI board) and 3 independent members to be selected by the government.

Functions of the MPC