Q.1. Among the four graphs figure, there is only one graph for which average velocity over the time interval (0, T) can vanish for a suitably chosen T. Which one is it? 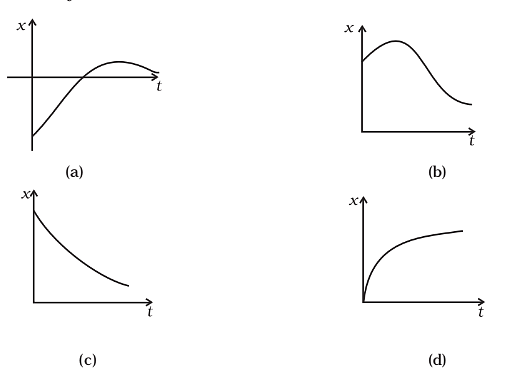 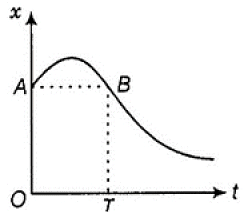 Q.4. A vehicle travels half the distance L with speed V1 and the other half with speed V2, then its average speed is:

Instantaneous velocity is defined as the rate of change of position vector of particles with time at a certain instant of time.

i.e., if x  is given as a function of time, the second time derivative of displacement gives acceleration.

*Multiple options can be correct
Question for NCERT Exemplar: Motion in a Straight Line - 1
Try yourself:Q.7. The variation of quantity A with quantity B, plotted in Fig., describes a particle's motion in a straight line. 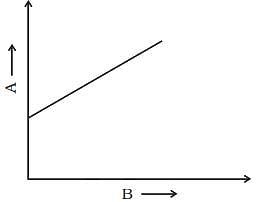 Q.8. A graph of x versus t is shown in Fig. Choose correct alternatives from below. 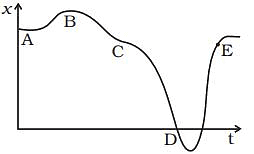 (a) The particle was released from rest at t = 0.(b) At B, the acceleration a > 0.(c) At C, the velocity and the acceleration vanish.(d) Average velocity for the motion between A and D is positive.(e) The speed at D exceeds that at E. 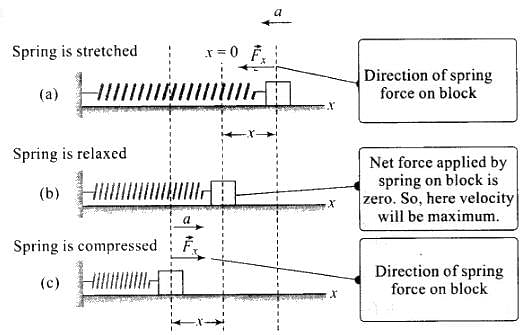 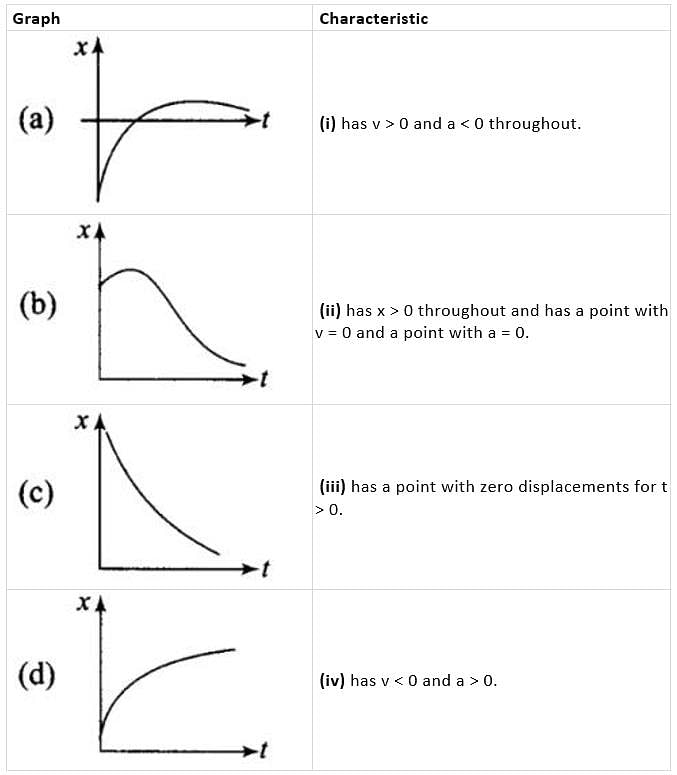 Q.2. A uniformly moving cricket ball is turned back by hitting it with a bat for a very short time interval. Show the variation of its acceleration with time. (Take acceleration in the backward direction as positive).

After a long time of released the velocity becomes constant, i.e.,