The document NCERT Exemplar - Biological Classification (Part-2) NEET Notes | EduRev is a part of the NEET Course NEET Revision Notes.
All you need of NEET at this link: NEET 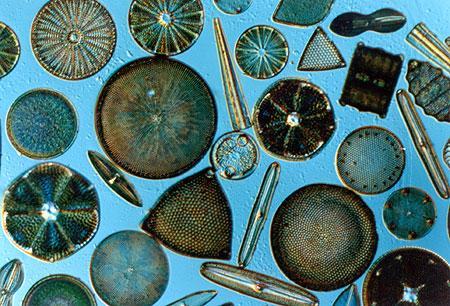 DiatomsDiatoms have left behind large amount of cell wall deposits in their habitat; this accumulation over billions of years is referred to as ‘diatomaceous earth’. Being gritty this soil is used in polishing, filtration of oils and syrups. Diatoms are the chief ‘producers’ in the oceans.Q.2. There is a myth that immediately after heavy rains in forest, mushrooms appear in large number and make a very large ring or circle, which may be several metres in diameter. These are called ‘Fairy rings’. Can you explain this myth of fairy rings in biological terms?Ans.

Q.3. Neurospora—an ascomycetes fungus has been used as a biological tool to understand the mechanism of plant genetics much in the same way as Drosophila has been used to study animal genetics. What makes Neurospora so important as a genetic tool?Ans.

Q.4. Cyanobacteria and heterotrophic bacteria have been clubbed together in Eubacteria of kingdom Monera as per the “Five Kingdom Classification” even though the two are vastly different from each other. Is this grouping of the two types of taxa in the same kingdom justified? If so, why?Ans.

Q.5. At a stage of their cycle, ascomycetes fungi produce the fruiting bodies like apothecium, perithecium or cleistothecium. How are these three types of fruiting bodies different from each other?Ans.

Q.6. What would observable features in Trypanosoma make you classify it under Kingdom Protista?

Ans.Trypanosoma is classified under the Kingdom Protista because it is unicellular eukaryotes. It has a well-defined nucleus with the nuclear envelope, membrane-bound organelles, 80S ribosomes and flagella with 9 + 2 organisation. 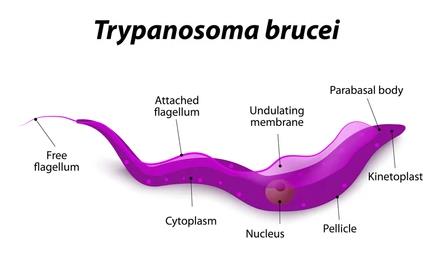 Q.7. Fungi are cosmopolitan. Write the role of fungi in your daily life.Ans.

Q.1. Algae are known to reproduce asexually by variety of spores under different environmental conditions. Name these spores and the conditions under which they are produced.Ans. Asexual reproduction is by the production of different types of spores, the most common being the zoospores. They are flagellated (motile) and on germination gives rise to new plants.

(a) In blue-green algae, phycocyanin and r-phycoerythrin pigments are present beside chlorophyll a.

(b) Brown algae possess chlorophyll a, c, carotenoids and xanthophylls. They vary in colour from olive green to various shades of brown depending upon the amount of the xanthophyll pigment, fucoxanthin present in them.

(c) Red algae possess chlorophyll a, d and phycoerythrin in their body. Rhodophyceae members are commonly called red algae because of the predominance of the red pigment, r-phycoerythrin in their body.Q.3. Make a list of algae and fungi that have commercial value as source of food, chemicals, medicines and fodder.Ans.(a) Economic Importance of Algae

(b) Economic Importance of Fungi

Q.4. ‘Peat’ is an important source of domestic fuel in several countries. How is ‘peat’ formed in nature?Ans.

Q.5. Biological classification is a dynamic and ever-evolving phenomenon which keeps changing with our understanding of life forms. Justify the statement taking any two examples.Ans.