The document NCERT Gist: India - Location - 1 Notes | EduRev is a part of the UPSC Course Geography for UPSC (Civil Services) Prelims.
All you need of UPSC at this link: UPSC

The mainland of India extends from Kashmir in the north to Kanyakumari in the south and Arunachal Pradesh in the east to Gujarat in the west. India’s territorial limit further extends towards the sea up to 12 nautical miles (about 21.9 km) from the coast. 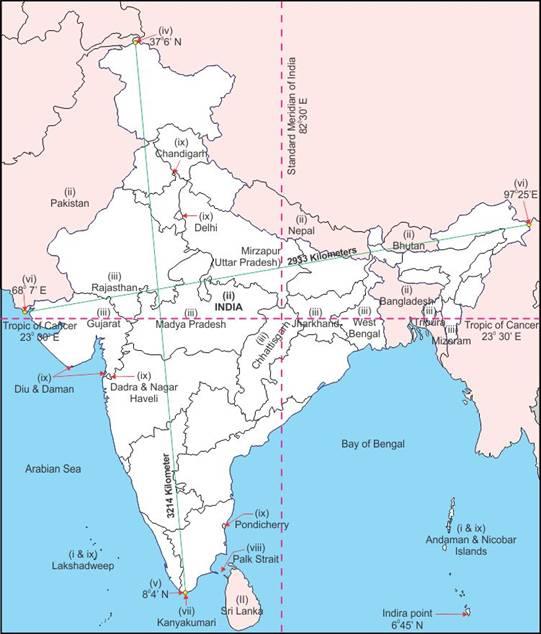 Question 1:Which of the following state does not lie on tropic of cancer?
Explanation

In India Tropic of Cancer passes through eight State namely Rajasthan, Gujarat, Madhya Pradesh, Chhattisgarh, Jharkhand, West Bengal, Tripura and Mizoram. It does not pass through the State of Odisha.

Current estimation shows that the earth is approximately 4600 million years old. Based on the variations in its geological structure and formations.

Indian can be divided into three geological divisions. These geological regions broadly follow the physical features: 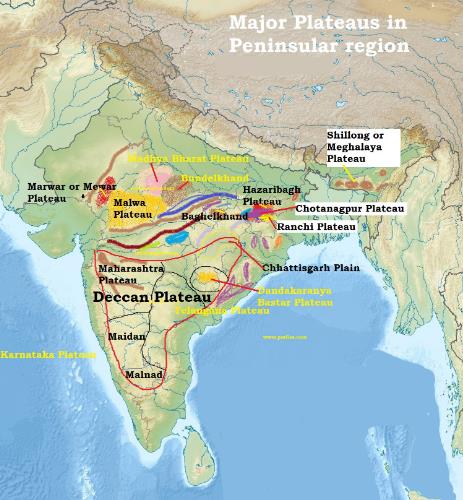 ➤ The Himalayas and other Peninsular Mountains

Question 2:Chota Nagpur plateau is located in which state?
Explanation

‘Physiography’ of an area is the outcome of structure, process, and stage of development.

Based on these macro variations, India can be divided into the follow physiographic divisions: 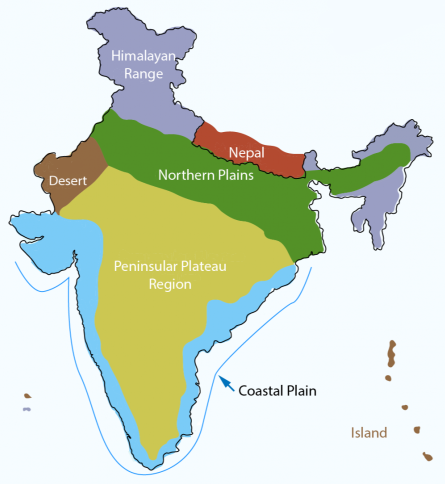 ➤ The Himalayan Mountains
Question 3:Which country does not share land boundary with India?
Explanation

India is a large nation which shares a border with many nations which include Pakistan, Myanmar, Bangladesh, Nepal, China. Among the given options, Sri Lanka does not share a land border with India as it is separated by the Indian Ocean. 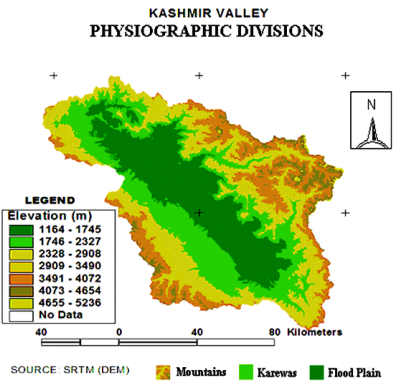 ➤ The Himachal and Uttaranchal Himalayas 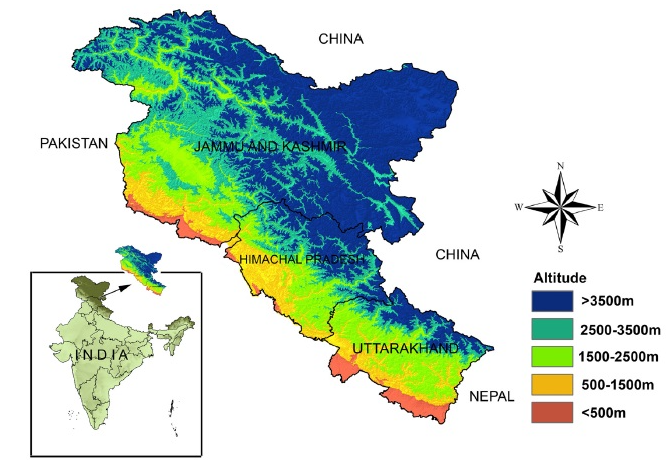 ➤ The Darjeeling and Sikkim Himalayas

Question 4:The longitudinal valley lying between lesser Himalaya and the Shiwaliks are known as
Explanation

Duns are longitudinal valleys formed as a result of folding when the Eurasian plate and Indian plate collided. They are formed between Lesser Himalayas and Shiwaliks. These valleys are deposited with coarse alluvium brought down by Himalayan rivers.