The document NCERT Gist: The Earth in the Solar System UPSC Notes | EduRev is a part of the UPSC Course Geography for UPSC CSE.
All you need of UPSC at this link: UPSC

By definition, a celestial body is any natural body outside of the Earth’s atmosphere. Easy examples are the Moon, Sun, and the other planets of our solar system. Any asteroid in space is a celestial body. Stars are celestial objects that can produce their own light. They are extremely hot and extremely large. They are made up of gases. The Sun is a star. A group of stars forming a recognizable pattern that is traditionally named after its apparent form or identified with a mythological figure.

It also called (Northern Hemisphere) North Star, It is a bright star that can be seen in the sky in northern parts of the world when one looks directly toward the north. 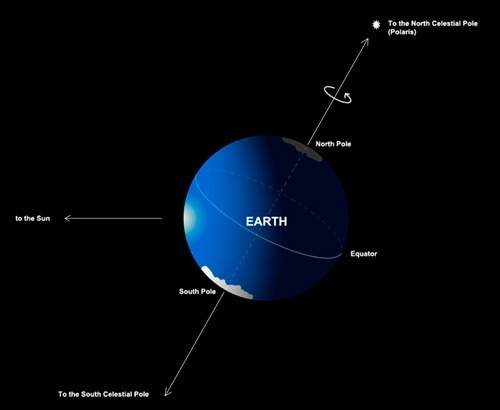 A celestial body that does not has its own heat and light. It is lit by the light of the stars. Such a body is called a planet.

IAU Definition: A Planet is a celestial body that orbits around the sun, has sufficient mass for its self-gravity to overcome rigid body forces so that it assumes a hydrostatic equilibrium (nearly round) shape, and also has cleared the neighbourhood around its orbit.

Try yourself:Which of the following statement is correct concerning a Planet?
Explanation

The main difference between stars and planets is that stars have high temperatures compared to planets. Because they radiate energy, stars are very bright objects. Planets do not generate their own energy through nuclear reactions. They reflect some of the radiation coming from their parent star. The solar system consists of our star, the Sun, and everything bound to it by gravity viz., the planets Mercury, Venus, Earth, Mars, Jupiter, Saturn, Uranus, and Neptune, dwarf planets such as Pluto, dozens of moons, and millions of asteroids, comets and meteoroids. 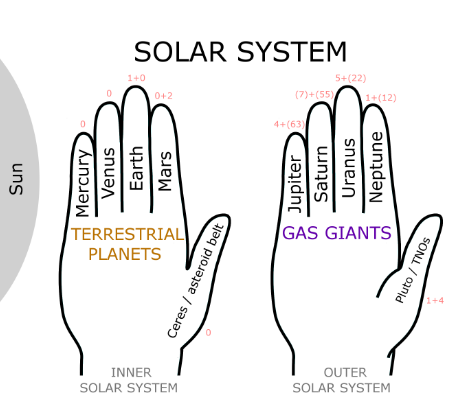 There are eight planets in our solar system. In order of their distance from the sun, they are Mercury, Venus, Earth, Mars, Jupiter, Saturn, Uranus, Neptune, and one draft planet Pluto.

Try yourself:Which of the following planet is considered as twine of the Earth?
Explanation

Venus is considered as ‘Earth-Twin’ because its size and shape are very much similar to that of the Earth.

Asteroids are numerous tiny bodies that also move around the Sun apart from the stars, planets, and satellites. They are found between the orbits of Mars and Jupiter. Scientist assumes that asteroids are part of a planet which may be exploded many years back. Try yourself:Which of the following are also known as shooting stars?
Explanation

Meteors, also known as shooting stars, are pieces of dust and debris from space that burn up in Earth's atmosphere, where they can create bright streaks across the night sky.