The document NCERT Solution- Globalisation and the Indian Economy Class 10 Notes | EduRev is a part of the Class 10 Course Social Studies (SST) Class 10.
All you need of Class 10 at this link: Class 10

Ques 1: What do you understand by globalisation? Explain in your own words.Ans: Globalisation in today’s world has come to imply many things. It is a process of integrating the economy of a country with the economies of other countries under conditions of free flow of trade, capital and movement of persons across borders.
It also includes - 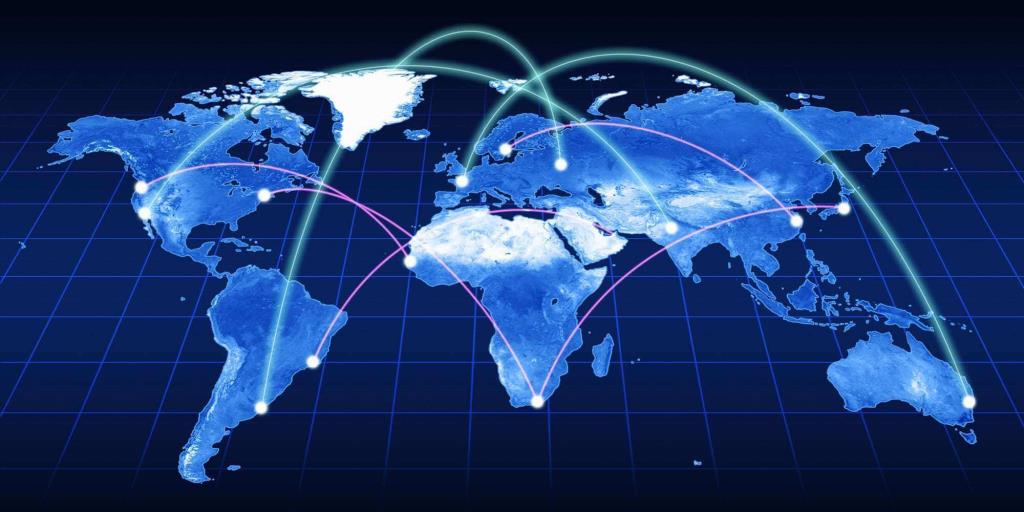 • Export and import of techniques of production.
• Migration of people from own country to another.
• Increase in foreign trade.

Ques 2: What was the reason for putting barriers to foreign trade and foreign investment by the Indian government? Why did it wish to remove these barriers?Ans: (A) (i) The government had put restrictions on import of goods to protect domestic producers from foreign competition.
(ii) The government allowed imports of only essential items such as machinery, fertilisers and petroleum. These restrictions helped to attain technological capability within the country.
(B) (i) Starting around 1991, the government wished to remove the barriers because India had attained technological capability.
(ii) The government decided that the time had come for Indian producers to compete with producers around the globe.
(iii) It felt that competition would improve the performance of producers within the country.
(iv) There would be unrestricted exchange of capital, technology and experience between India and other countries of the world.

Ques 3: How would flexibility in labour laws help companies?Ans: (i) Instead of hiring workers on a regular basis, companies can hire workers, ‘flexibly’ for short periods during period of intense work.

(ii) This will reduce the cost of labour.
(iii) Company can negotiate wages and terminate workers depending on market conditions.

Ques 4: What are the various ways in which MNCs set up, or control, production in other countries?Ans: The factories or production units of Multinational Companies are set up mainly close to the markets where they can get the desired skilled or unskilled labour at low cost along with other factors of production. After the company has been set up, they set production units in the following ways:
• Form a company jointly with some local companies of the existing country.
• Buy the local companies and then expand its production with the help of modern technology.
• The order is placed by them for small producers to sell these products under their own brand name to the customers worldwide.Ques 5: Why do developed countries want developing countries to liberalise their trade and investment? What do you think should the developing countries demand in return?Ans: (a) The developed countries want developing countries to liberalise their trade and investment so that they may sell their products in those countries to earn profit. Generally developed countries produce goods/products at a very low cost and sell at a very higher price.
(b) (i) The developed countries are biased against the developing countries. They have been following wrong practices as is the case in agriculture sector in USA.
(ii) In view of the above facts, the developing countries should demand for fair trade practices to be followed by the developed countries. They should stop giving subsidies to their agricultural sector. Trade barriers put unfairly should be removed. Only then there would be free and fair trade in the world and the interest of the developing countries would be protected.Ques 6: “The impact of globalisation has not been uniform.” Explain this statement.Ans: (a) Positive impact: (i) It has resulted in more choice for the consumers to get various products of better quality and at lower prices.
(ii) It has improved the standard of living.
(iii) With the investments by the MNCs new jobs have been created in the developing countries.
(iv) New technology has been introduced.
(v) Large companies have become multi-national companies such as Infosys.
(b) Negative impact: (i) Creation of special economic zones has disrupted the lives of the people who have been displaced.
(ii) Flexibility in labour laws has worsened the condition of workers who may be appointed on temporary basis.
(iii) Small producers are unable to compete with MNCs. Thus, several units have been shur down  rendering many workers jobless.Ques 7: How has liberalisation of trade and investment policies helped the globalisation process?Ans: (i) Goods can now be imported and exported easily.
(ii) Companies can set up factories and offices in other countries. For example, Ford Motors, an U.S. company set up a plant in India in 1995 in Chennai.
(iii) Activities of many MNCs have increased foreign investment and foreign trade which has led to greater integration of production and markets across countries or globalisation process. Thus, more and more countries are coming closer contacts and liberlisation of trade and investment policies have helped in the globalisation process.

Ques 8: How does foreign trade lead to integration of markets across countries? Explain with an example other than those given here.Ans: (i) It creates an opportunity for producers to reach beyond the domestic market, i.e., markets of their own countries.
(ii) Producers can sell their products in the markets of their own country as well as in other countries of all over the world.
(iii) The producers can compete in the markets of other countries.
(iv) The buyers too have a choice between the goods produced in different parts of the world. It enables the consumer to buy according to his requirement.
(v) The competition among the producers bring them closer to each other.
(vi) Sometimes the producers of other countries set up joint ventures as AIG have set up  joint venture in insurance sector and are selling their products in India.
(vii) Producers in two countries closely compete against each other even though they are separated by thousands of miles. Thus, foreign trade results in connecting the markets or integration of markets in different countries.

Ques 9: Globalisation will continue in the future. Can you imagine what the world would be like twenty years from now? Give reasons for your answer.Ans: After twenty years, world would undergo a positive change and enhanced human resource efficiency which will possess the following features- healthy competition, improved productive efficiency, increased volume of output, income and employment better living standards, greater availability of information and modern technology.
Reason for the views given above -
These are the favourable factors for globalisation -
• Availability of human resources both quantitative and qualitative.
• Broad resource and industrial base of major countries.
• Growing entrepreneurship
• Growing domestic market.

Ques 10: Supposing you find two people arguing: One is saying globalisation has hurt our country’s development. The other is telling, globalisation is helping India develop. How would you respond to these organisations?
OR
How has globalisation affected the life of Indians? Explain with examples.Ans: Following are the benefits of globalisation in India:
• There is an increase in the volume of trade in goods and services.
• It has led to the rise of quality product.
• There is an inflow of private foreign capital and export orientation of the economy.
• There is an increase in volume of output, income and employment.
Though there are also some negative impacts of globalisation. They are as follows:
• It might not help in achieving sustainable growth.
• It might not lead to lessening of income inequalities among various countries.
• It might lead to aggravation of income inequalities within countries.

Ques 13: Choose the most appropriate option.(i) The past two decades of globalisation has seen rapid movements in(a) goods, services and people between countries.(b) goods, services and investments between countries.(c) goods, investments and people between countries.
(ii) The most common route for investments by MNCs in countries around the world is to(a) set up new factories.(b) buy existing local companies.(c) form partnerships with local companies.
(iii) Globalisation has led to improvement in living conditions(a) of all the people(b) of people in the developed countries(c) of workers in the developing countries(d) none of the aboveAns: (i) (b)(ii) (b)(iii) (d)