The document NCERT Solution- Development Class 10 Notes | EduRev is a part of the Class 10 Course NCERT Textbooks (Class 6 to Class 12).
All you need of Class 10 at this link: Class 10

Q1. Development of a country can generally be determined by:(a) It's per capita income(b) Its average literacy level(c) Health status of its people(d) All the aboveAns: (d) All of the aboveQ2. Which of the following neighbouring countries has better performance in terms of human development than India? 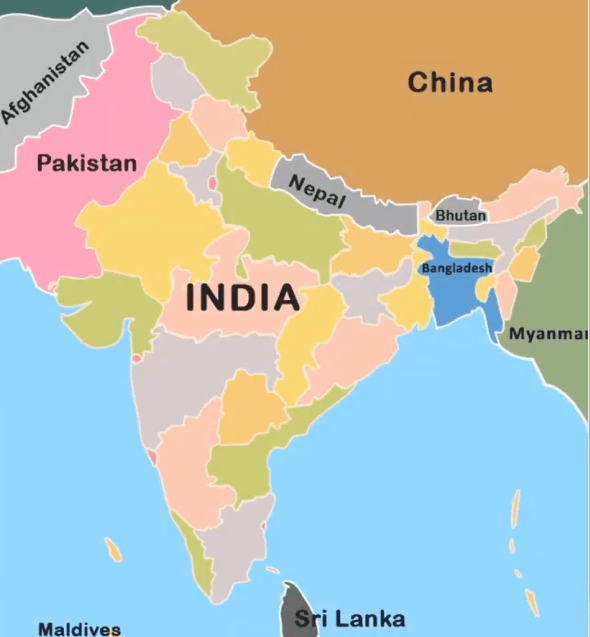 Q5. In what respects is the criterion used by the UNDP for measuring development different from the one used by the World Bank?Ans: UNDP

Q6. Why do we use averages? Are there any limitations to their use? Illustrate with your own examples related to development.Ans: We use averages because different countries have different populations, so calculating the average helps in getting an estimated answer which can be used to compare different things at different levels.

There are limitations of calculating averages because this does not give any information about the distribution of a thing between people.

Q7. Kerala, with a lower per capita income, has a better human development ranking than Punjab. Hence, per capita income is not a useful criterion at all and should not be used to compare states. Do you agree? Discuss.Ans: Yes, Per capita income is not a useful criterion and should not be used to compare states for the reasons mentioned below:(a) The literacy rate, infant mortality rate, healthcare facilities, etc. are better in Kerala in comparison to Haryana.(b) The per capita income is only calculated by calculating the average income of the people of the state, irrespective of any other factor.(c) Similarly in some states, the Public Distribution System functions well and the health and nutritional status of people of such states are certainly likely to be better.(d) Money cannot buy all the goods and services that you need to live well. Income by itself is not a completely adequate indicator of material goods and services.(e) The better Human Development Index of Kerala is due to adequate basic health and educational facilities. More average income doesn't mean all people have access to basic facilities. There can be a huge disparity in the distribution of income because of which Punjab has a lower ranking in Human Development.Q8. Find out the present sources of energy that are used by the people in India. What could be the other possibilities fifty years from now?Ans: The present sources of energy used by the people in India are coal, petroleum, natural gas, crude oil, firewood, etc. These are conventional sources of energy. They are limited in nature and if overused they can become exhausted. Q9. Why is the issue of sustainability important for development?

Ans: Sustainable development is a development that meets the needs of the present without compromising the ability of future generations to meet their own needs.

The issue of sustainability is important for development because if the natural resources are not used carefully, they may not be available for future generations. The depleting resources of a country may ultimately result in a lack of development of the country.

For the sustainability of development, the maintenance of resources is very crucial. All the natural resources are non-renewable and will exhaust if not used cautiously.

Different Types of Environmental Pollution
Q12. For each of the items given in Table 1.6, find out which country is at the top and which is at the bottom.

Q13. The following table shows the proportion of adults (aged 15-49 years) whose BMI is below normal (BMI <18.5 kg/m2) in India. It is based on a survey of various states for the year 2015-16. Look at the table and answer the following questions.