I. His First Fight

Q1. Why was the young seagull afraid to fly? Do you think all young birds are afraid to make their first flight or are some birds more timid than others? Do you think a human baby also finds it a challenge to take its first steps? 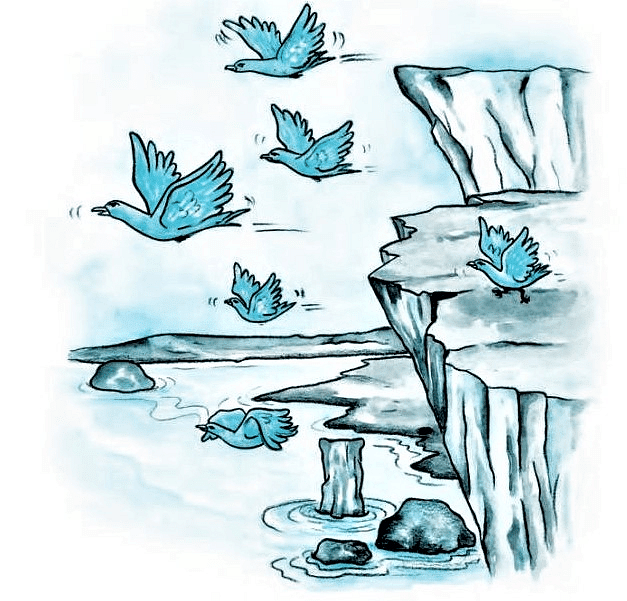 The young seagull was afraid to fly because it was its first flight. It is a well-known fact that doing something for the first time is challenging. Therefore, all young birds must be afraid to make their first flights. Similarly, a human baby would also find it a challenge to take its first step.Q2. “The sight of the food maddened him.” What does this suggest? What compelled the young seagull to finally fly?Ans: The young seagull was very hungry. It was this hunger that ultimately compelled it to fly. Its hunger only intensified when it saw its mother tearing at a piece of fish that lay at her feet. It cried to her, begging her to get some food. When its mother came towards it with food in her beak, it screamed with joy and anticipation. However, she stopped midway. It wondered why she did not come nearer. Not being able to resist or control its hunger any longer, it dived at the food in its mother’s beak. At that moment, his hunger overpowered his fear of the great expanse of sea beneath the cliff. Finally, this plunge was followed by the natural reaction of its body, i.e., to fly.Q3. “They were beckoning to him, calling shrilly. “Why did the seagull’s father and mother threaten him and cajole him to fly?Ans: The young seagull was afraid to fly. Even when it saw its brothers and sisters flying, and its parents helping and teaching them, it could not gather enough courage to make that first flight. That is why its father and mother were calling it shrilly and scolding it. They threatened to let it starve on its ledge if it did not fly. They did so because they wanted it to leave its fear behind and learn to fly. 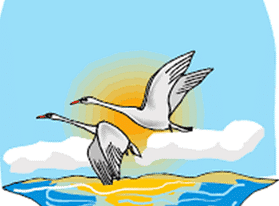 Q4. Have you ever had a similar experience, where your parents encouraged you to do something that you were too scared to try? Discuss this in pairs or groups.

Ans: Yes, I had a similar experience while trying to learn how to ride a bicycle when I was in the fourth standard. Initially, I found it difficult to balance myself and fell down often which developed a fear of cycling in me. Unable to overcome the fear, I gave up cycling, but my parents would always cajole me to try and practise cycling whenever I get time. My father would hold the bicycle from behind to help me balance myself, but whenever he left it, I would lose balance and fall down. Gradually as I practised every day, my cycling skills improved and I could ride it without my father’s support from behind and this also developed my confidence to a great extent. Thus, I overcame my fear of cycling and started riding a cycle confidently when I practiced it on a daily basis. Now, I use a cycle while going to and coming from school every day.

(Note: You can write this answer as per their personal experience.)

Q5. In the case of a bird flying, it seems a natural act and a foregone conclusion that it should succeed. In the examples you have given in answer to the previous question, was your success guaranteed, or was it important for you to try, regardless of the possibility of failure?

Ans: It is natural for everyone to face some problems initially while trying to learn or pick up a new skill. Many a time, due to the fear of failure, we are reluctant to perform a particular task or attempt something new. In case of the seagull, his parents constantly cajoled him to fly. Similarly, when I was learning to ride a cycle for the first time, my father always persuaded me to learn cycling. Hence, at that stage, it was important for me to overcome my fear and learn cycling for my own good.

Yes, my success was assured because if one is focused and determined to achieve something then success is guaranteed. Moreover, we are all aware of the famous adage, “Practice makes a man perfect”.

Thinking about the Text (Page 40)

Q1. “I’ll take the risk.” What is the risk? Why does the narrator take it?Ans: The risk was to fly through the black storm clouds. The narrator took the risk because he wanted to reach Paris to celebrate Christmas with his family.Q2. Describe the narrator’s experience as he flew the aeroplane into the storm.Ans: As he flew into the storm, everything went black. It was impossible to see anything outside the plane. It jumped and twisted in the air. When he looked at his compass, he saw that it was turning round and round. It was dead. Along with it, the other instruments, including the radio, were also dead. Suddenly, he saw another aeroplane. Its pilot waved at him, asking him to follow. He was glad to find a helper. He was using his last fuel tank and there was only enough fuel to fly five or ten minutes. Then, the other pilot started to go down and he followed. He suddenly came out of the clouds and saw the runway, on which he then landed his plane safely. 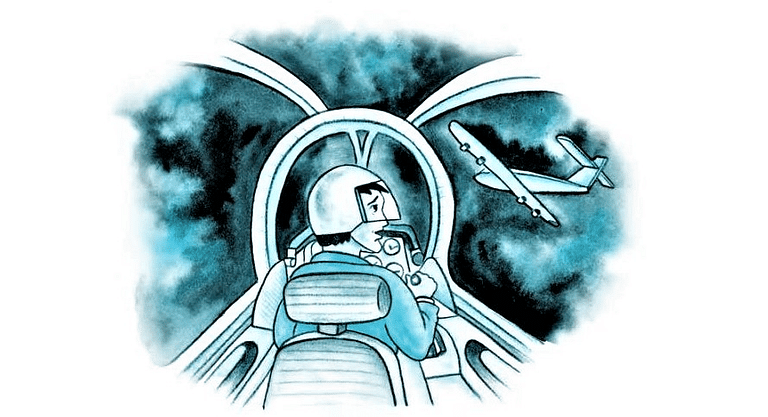 Q3. Why does the narrator say, “I landed and was not sorry to walk away from the old Dakota…”?Ans: He was delighted to land safely out of dark stormy clouds, therefore, he was not sorry to walk away for his plane. He felt bad when he was not able to thank his guide, his mentor who saved him from frightening situations, but he was so happy after landing that he didn't feel sorry for not being able to thank the guide pilot.Q4. What made the woman in the control centre look at the narrator strangely?Ans: The women in the control room were surprised when the narrator asked about the other aeroplane and its pilot. She said that there was no aeroplane seen on the radar.Q5. Who do you think helped the narrator to reach safely? Discuss this among yourselves and give reasons for your answer.Ans: Probably, it was the narrator’s own self that helped him through the storm. There was no other plane in the storm as the woman at the control centre could see only his plane on the radar. Also, no other plane was flying that night. In his fear, he might have been hallucinating. He was a good pilot, and it might have been his own self that came to his help.

Q1. Try to guess the meanings of the word ‘black’ in the sentences given below. Check the meanings in the dictionary and find out whether you have guessed right. 1. Go and have a bath; your hands and face are absolutely black__________.2. The taxi-driver gave Ratan a black look as he crossed the road when the traffic light was green. __________3. The bombardment of Hiroshima is one of the blackest crimes against humanity. __________4. Very few people enjoy Harold Pinter’s black comedy.__________5. Sometimes shopkeepers store essential goods to create false scarcity and then sell these in black. __________6. Villagers had beaten the criminal black and blue. __________Ans:1. The meaning of ‘black’ in this sentence is that the face and hands are dark with dust and heat.2. Here, ‘black’ refers to an angry look.3. Here, ‘blackest’ refers to the darkest and cruellest crime against humanity.4. Here, ‘black’ refers to dark and gloomy comedy.5. The meaning of ‘black’ in this sentence is that the shopkeepers sell the described goods ‘at a higher price’.6. Here, ‘black’ means that the criminal suffered an excessive beating at the hands of the villagers.

Q3. We know that the word ‘fly’ (of birds/insects) means to move through the air using wings. Tick the words which have the same or nearly the same meaning.

Ans:The words which have the same or nearly the same meaning as ‘fly’ are as follows:swoop, flit, float, dart, soar, hover, sail skim, glide, flutter.