(i) Why do the plates move?

Ans: The plates move because of the movement of the molten magma inside the earth.

(ii) What are exogenic and endogenic forces?

(iii) What is erosion?

Ans: The wearing away of the landscape by different agents like water, wind and ice is called erosion. 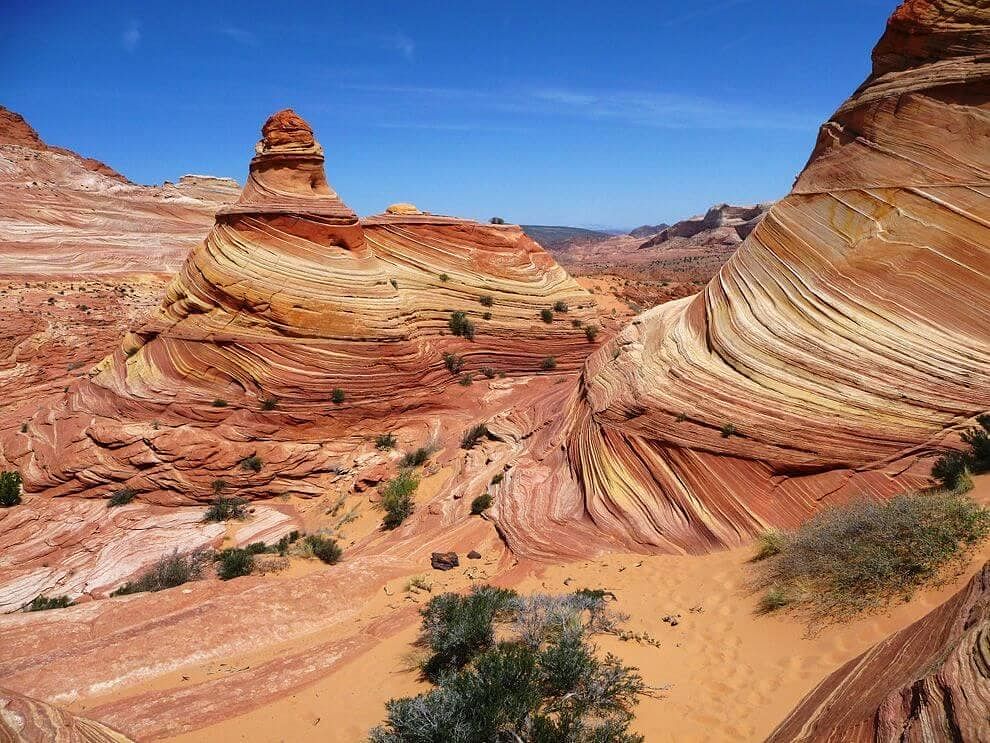 (iv) How are flood plains formed?

Ans: When the river overflows its banks, it floods off its neighbouring areas which deposit layers of fine soil and other material called sediments along its banks. This leads to the formation of a flat fertile floodplain.

(v) What are sand dunes?

Ans: The low hill-like structures formed due to deposition of sand at one place by the wind in the desert is called sand dunes. 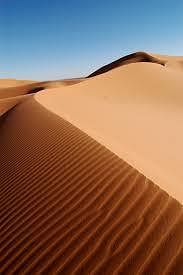 (vi) How are the beaches formed?

Ans: The sea waves deposit sediments along the shores which leads to the formation of beaches.

(vii) What are oxbow lakes?

Ans: Due to continuous erosion and deposition along the sides of the meander, the ends of the meander loop come closer and closer which in some time cuts off from the river and forms a cut-off lake, called an ox-bow lake. 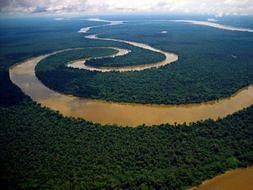 (i) Which is not an erosional feature of sea waves? 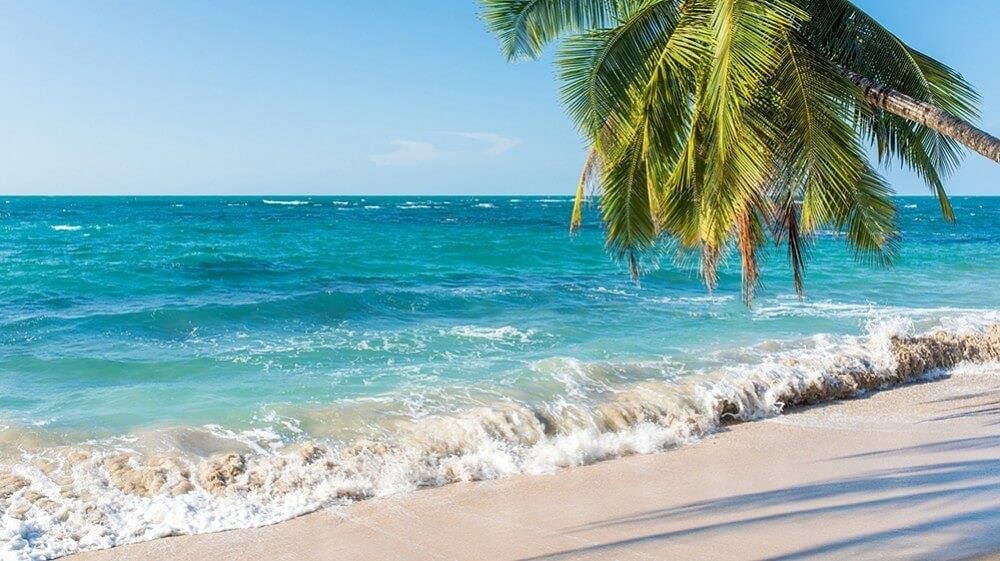 (ii) The depositional feature of a glacier is:

(iii) Which is caused by the sudden movements of the earth? 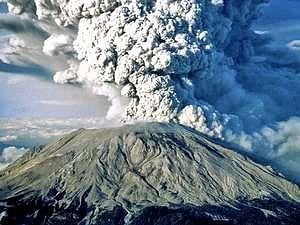 (iv) Mushroom rocks are found in:

(v) Oxbow lakes are found in:

(i) Some rocks have the shape of a mushroom.

(iv) Buildings collapse due to earthquakes.

(i) In the desert, the wind is an active agent for erosion which erodes the lower section of the rock more than the upper part. Therefore, some rocks have a shape of a mushroom having a narrower base and wider top. 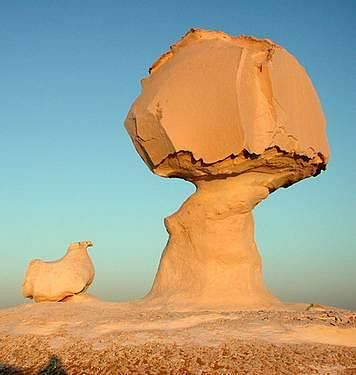 Rock have the Shape of Mushroom

(ii) Flood plains are very fertile because floods deposit layers of fine soil and other material called sediments which is ideal for cultivation along its banks.

(iii) When cavities in sea caves become bigger and bigger only the roof of the caves remain to form sea arches. Further, erosion breaks the roof and only walls are left which forms the stacks.

(iv) During earthquakes, vibrations travel outwards from the epicentre as waves and propagate through the surface of the earth which produce sudden movements that lead to the collapse of buildings.