The document NCERT Solutions: Physical World Notes | Study Physics Class 11 - NEET is a part of the NEET Course Physics Class 11.
All you need of NEET at this link: NEET
Page No. 13 - 14

Q.1.1. Some of the most profound statements on the nature of science have come from Albert Einstein, one of the greatest scientists of all time. What do you think did Einstein mean when he said: “The most incomprehensible thing about the world is that it is comprehensible”? 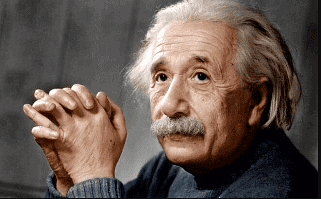 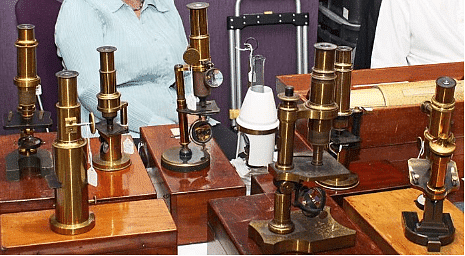 Q.1.5. No physicist has ever "seen'' an electron. Yet, all physicists believe in the existence of electrons. An intelligent but superstitious man advances this analogy to argue that ‘ghosts’ exist even though no one has '‘seen'’ one. How will you refute his argument?

Ans. Even though an electron has never been ‘seen’ but its effects have been observed and its practical evidence has been tested and proved.

However, regarding spirits and ghosts, even though there are many claims and sightings, standardized scientific reading and evidence have never been observed or successfully tested. Thus, we really cannot state with a cent percent surety that they exist.Q.1.6. The shells of crabs found around a particular coastal location in Japan seem mostly to resemble the legendary face of a Samurai. Given below are two explanations of this observed fact. Which of these strikes you as a scientific explanation?

(a) A tragic sea accident several centuries ago drowned a young Samurai. As a tribute to his bravery, nature through its inscrutable ways immortalized his face by imprinting it on the crab shells in that area.(b) After the sea tragedy, fishermen in that area, in a gesture of honor to their dead hero, let free any crab shell caught by them which accidentally had a shape resembling the face of a Samurai. Consequently, the particular shape of the crab shell survived longer, and therefore in course of time the shape was genetically propagated. This is an example of evolution by artificial selection.

[Note: This interesting illustration is taken from Carl Sagan’s ‘The Cosmos’ highlights the fact that often strange and inexplicable facts which at first sight appear ‘supernatural’ actually turn out to have simple scientific explanations. Try to think out other examples of this kind].

Ans. Explanation (b) is correct is a scientific explanation of the observed fact as it is backed by the scientific theory of 'evolution by artificial selection'.Q.1.7. The industrial revolution in England and Western Europe more than two centuries ago was triggered by some key scientific and technological advances. What were these advances?

Ans. More than two centuries ago, England and Western Europe invented the steam engine, electricity, the theory of gravitation, and explosives. Steam engines helped them in the field of heat and thermodynamics, the theory of gravitation in the field of motion, and making guns and cannons. This progress brought about the industrial revolution in England and Western Europe.Q.1.8. It is often said that the world is witnessing now a second industrial revolution, which will transform society as radically as did the first. List some key contemporary areas of science and technology, which are responsible for this revolution.

Ans. Some of the key contemporary areas of science and technology which may transform society radically are:

Q.1.9. Write in about 100 words a fiction piece based on your speculation on the science and technology of the twenty-second century.Ans. Let me take into the year A.D. 2125. Human colonies are developed on Mars and the moon. One day evening a mysterious asteroid driven by aliens coming towards our colonies, then International Space Soldiers Army (ISSA) which is developed by all the nations has come into the picture. They pointed a multi satellite-based Laser gun (MSLG) towards it and destroyed the asteroid. This MSLG is working with the radiation coming from the sun, it has a debris collector inbuilt and it requires no other source of energy.Q.1.10. Attempt to formulate your ‘moral’ views on the practice of science. Imagine yourself stumbling upon a discovery, which has great academic interest but is certain to have nothing but dangerous consequences for human society. How, if at all, will you resolve your dilemma?

Ans. In our view, a type of discovery that is of great academic interest but harmful for human society should not be made public because Science is for society, society is not for science.Q.1.11. Science, like any knowledge, can be put to good or bad use, depending on the user. Given below are some of the applications of science. Formulate your views on whether the particular application is good, bad, or something that cannot be so clearly categorized:Ans. 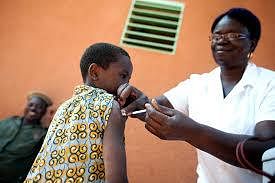 Q.1.12. India has had a long and unbroken tradition of great scholarship — in mathematics, astronomy, linguistics, logic, and ethics. Yet, in parallel with this, several superstitious and obscurantist attitudes and practices flourished in our society and unfortunately continue even today — among many educated people too. How will you use your knowledge of science to develop strategies to counter these attitudes?Ans. Poverty and illiteracy are the two major factors that make people superstitious in India.

Q.1.13. Though the law gives women equal status in India, many people hold unscientific views on a woman’s innate nature, capacity, and intelligence, and in practice give them a secondary status and role. Demolish this view using scientific arguments, and by quoting examples of great women in science and other spheres; and persuade yourself and others that, given equal opportunity, women are on par with men.Ans. Some people in our society have the view that women do not have the innate nature, capacity, and intelligence.  To demolish this view there are many examples of women who have proven their abilities in Science and other fields. Madame Curie, Mother Teresa, Indira Gandhi, Margaret Thatcher, Rani Laxmi Bai, Florence Nightingale are some examples. So in this era, women are definitely not behind the man in any field.Q.1.14. “It is more important to have beauty in the equations of physics than to have them agree with experiments”. The great British physicist P. A. M. Dirac held this view. Criticize this statement. Look out for some equations and results in this book that strike you as beautiful.Ans. An equation that agrees with an experiment must also be simple and hence beautiful. We have some simple and beautiful equations in Physics such as:

All have the same dimensions. One experiment shows the dependency of energy on speed, the other shows dependency on frequency & displacement. That's the beauty of equations in Physics coming from different experiments.

The document NCERT Solutions: Physical World Notes | Study Physics Class 11 - NEET is a part of the NEET Course Physics Class 11.
All you need of NEET at this link: NEET