Q2. What is a good fuel?Ans: A good fuel should have the following characteristics: 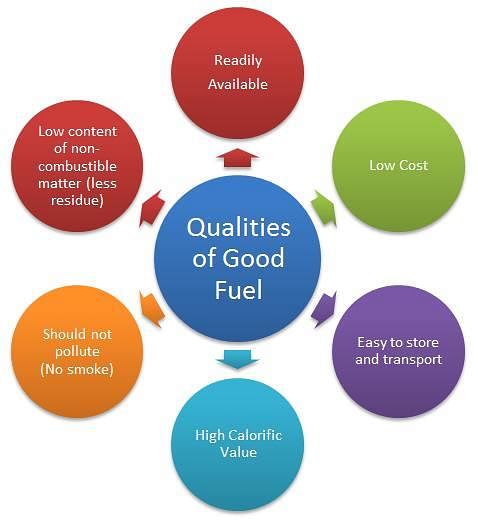 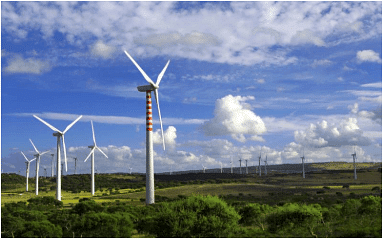 They are being consumed at a large rate. If this rate of consumption continues, then fossil fuels would be exhausted from the Earth. Therefore, we have to conserve energy sources. Hence, we should look for alternative sources of energy.Q3. How has the traditional use of wind and water energy been modified for our convenience?Ans: Traditionally, waterfalls were used as a source of potential energy which was converted to electricity with the help of turbines. Since waterfalls are few in number, water dams have been constructed in large numbers. Nowadays, hydro-dams are used in order to harness the potential energy of stored water. In water dams, waterfalls from a height on the turbine, which produces electricity. 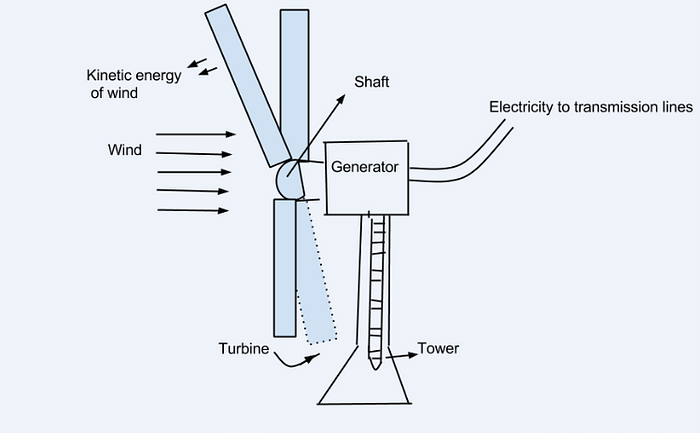 Q1. What kind of mirror − concave, convex or plain − would be best suited for use in a solar cooker? Why?Ans: A solar cooker uses the heat of the sunlight to cook and heat food. A mirror is used in order to reflect and focus sunlight at a point. 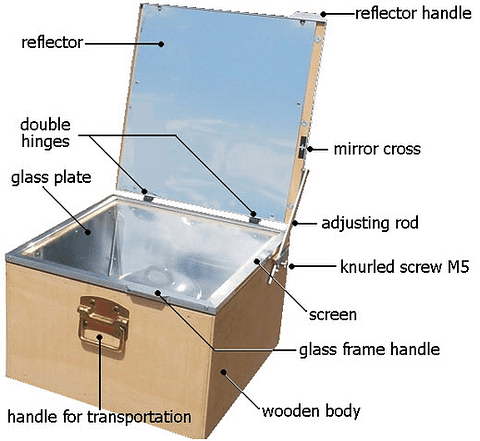 Solar Cooker: Concave MirrorA concave mirror is used in a solar cooker for this purpose. The mirror focuses all the incident sunlight at a point. The temperature at that point increases, thereby cooking and heating the food placed at that point.Q2. What are the limitations of the energy that can be obtained from the oceans?Ans: The forms of energy that can be obtained from the ocean are tidal energy, wave energy, and ocean thermal energy. There are several limitations in order to harness these energies. 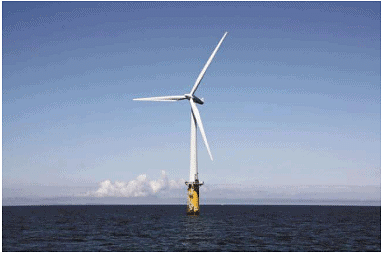 Limitations of the Ocean Energy 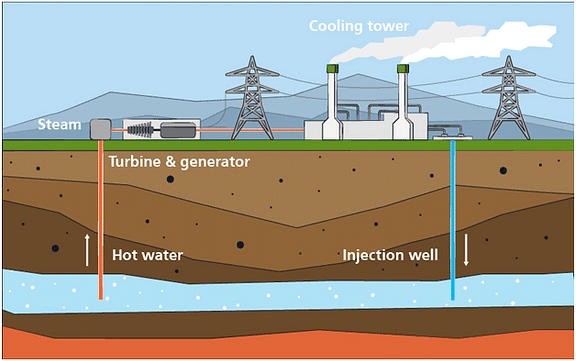 Q6. Hydrogen has been used as rocket fuel. Would you consider it a cleaner fuel than CNG? Why or why not?Ans: Hydrogen gas is cleaner than CNG. CNG contains hydrocarbons. Therefore, it has carbon contents. 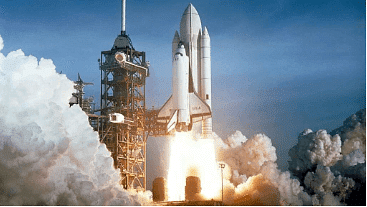 Carbon is a form of pollutant present in CNG. On the other hand, hydrogen is waste-free. The fusion of hydrogen does not produce any waste. Hence, hydrogen is cleaner than CNG.

Q1. Name two energy sources that you would consider to be renewable. Give reasons for your choices.Ans: Two renewable sources of energy are as follows:(a) Sun: The energy derived from the Sun is known as solar energy. Solar energy is produced by the fusion of hydrogen into helium, fusion of helium into other heavy elements, and so on. A large amount of hydrogen and helium is present in the Sun. Therefore, solar energy can replenish on its own. The Sun has 5 billion years more to burn. Hence, solar energy is a renewable source of energy. 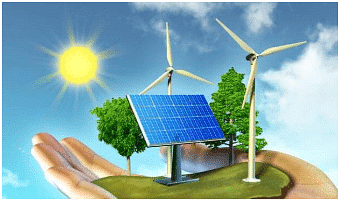 Q2. Give the names of two energy sources that you would consider to be exhaustible. Give reasons for your choices.Ans: Two exhaustible energy sources are as follows:(a) Coal: It is produced from dead remains of plants and animals that remain buried under the earth’s crust for millions of years. It takes millions of years to produce coal. Industrialization has increased the demand of coal. However, coal cannot replenish within a short period of time. Hence, it is a non-renewable or exhaustible source of energy.(b) Wood: It is obtained from forests. Deforestation at a faster rate has caused a reduction in the number of forests on the Earth. It takes hundreds of years to grow a forest. If deforestation is continued at this rate, then there would be no wood left on the Earth. Hence, wood is an exhaustible source of energy.

Bio-mass is a source of energy that is obtained from plant materials and animal wastes. Nuclear energy is released during nuclear fission and fusion. In nuclear fission, uranium atom is bombarded with low-energy neutrons. Hence, uranium atom splits into two relatively lighter nuclei. This reaction produces huge amount of energy. In nuclear fusion reaction, lighter nuclei are fused together to form a relatively heavier nucleus. This reaction produces a tremendous amount of energy. Hence, nuclear energy is not an example of biomass energy source. 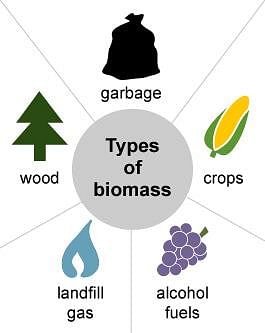 Wood is a plant material, gobar gas is formed from animal dung, and coal is a fossil fuel obtained from the buried remains of plants and animals. Hence, these are bio-mass products.

Q3. Most of the sources of energy we use represent stored solar energy. Which of the following is not ultimately derived from the Sun’s energy?(a) Geothermal energy(b) Wind energy(c) Nuclear energy(d) Bio-massAns: (c) Nuclear energy Nuclear energy is released during nuclear fission and fusion. In nuclear fission, uranium atom is bombarded with low-energy neutrons. Hence, uranium atom splits into two relatively lighter nuclei. This reaction produces huge amount of energy. In nuclear fusion reaction, lighter nuclei are fused together to form a relatively heavier nucleus. The energy required to fuse the lighter nuclei is provided by fission reactions. This reaction produces tremendous amount of energy. These reactions can be carried out in the absence or presence of sunlight. There is no effect of sunlight on these reactions. Hence, nuclear energy is not ultimately derived from Sun’s energy.

Geothermal energy, wind energy, and bio-mass are all ultimately derived from solar energy.Geothermal energy is stored deep inside the earth’s crust in the form of heat energy. The heating is caused by the absorption of atmospheric and oceanic heat. It is the sunlight that heats the atmosphere and oceans.wind energy is harnessed from the blowing of winds. The uneven heating of the earth’s surface by the Sun causes wind.Bio-mass is derived from dead plants and animal wastes. Chemical changes occur in these dead plants and animal wastes in the presence of water and sunlight. Hence, bio-mass is indirectly related to sunlight.Q4. Compare and contrast fossil fuels and the Sun as direct sources of energyAns: Fossil fuels are energy sources, such as coal and petroleum, obtained from underneath the Earth’s crust. They are directly available to human beings for use. Hence, fossil fuels are the direct source of energy. These are limited in amount. These are non-renewable sources of energy because they cannot be replenished in nature. Fossil fuels take millions of years for their formation. If the present fossil fuel of the Earth gets exhausted, its formation will take several years. Fossil fuels are also very costly.On the other hand, solar energy is a renewable and direct source of energy. The Sun has been shining for several years and will do so for the next five billion years. Solar energy is available free of cost to all in unlimited amount. It replenishes in the Sun itself. 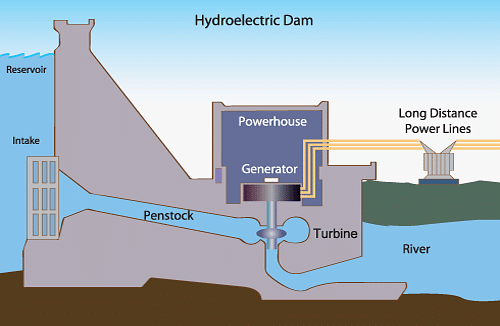 Hydroelectricity, on the other hand, is obtained from the potential energy stored in water at a height. Energy from it can be produced again and again. It is harnessed from water and obtained from mechanical processes.Q6. What are the limitations of extracting energy from:(a) the wind?(b) waves?(c) tides?Ans:(a) Wind energy is harnessed by windmills. One of the limitations of extracting energy from wind is that a windmill requires wind of speed more than 15 km/h to generate electricity. Also, a large number of windmills are required, which covers a huge area.

(b) Very strong ocean waves are required in order to extract energy from waves.(c) Very high tides are required in order to extract energy from tides. Also, the occurrence of tides depends on the relative positions of the Sun, moon, and Earth.Q7. On what basis would you classify energy sources as(a) renewable and non-renewable?(b) exhaustible and inexhaustible?Are the options are given in (a) and (b) the same?Ans:(a) The source of energy that replenishes in nature is known as renewable source of energy. Sun, wind, moving water, bio-mass, etc. are some of the examples of renewable sources of energy.

Q9. What are the advantages and disadvantages of using a solar cooker? Are there places where solar cookers would have limited utility?Ans: The solar cooker uses Sun’s energy to heat and cook food. It is an inexhaustible and clean renewable source of energy. It is free for all and available in unlimited amount. Hence, operating a solar cooker is not expensive.

The disadvantage of a solar cooker is that it is very expensive. It does not work without sunlight. Hence, on a cloudy day, it becomes useless.The places where the days are too short or places with cloud covers round the year have limited utility for solar cooker. 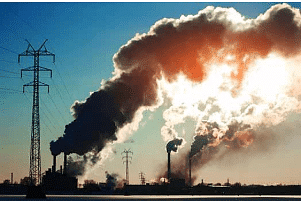 Too much exploitation of fossil fuels increases the level of greenhouse gas content in the atmosphere, resulting in global warming and a rise in the sea level.

It is not possible to completely reduce the consumption of fossil fuels. However, some measures can be taken such as using electrical appliances wisely and not wasting electricity. Unnecessary usage of water should be avoided. Public transport system with mass transit must be adopted on a large scale. These small steps may help in reducing the consumption of natural resources and conserving them.