During the south-west, monsoon period after having rain for a few days, it rain fails to occur for one or more weeks, it is known as break in the monsoon. These dry spells are quite common during the rainy season.These breaks in the different regions are due to different reasons:

The Rhythm of Seasons

The climatic conditions of India can best be described in terms of an annual cycle of seasons:➢ The Meteorologists Recognize the Following Four Seasons 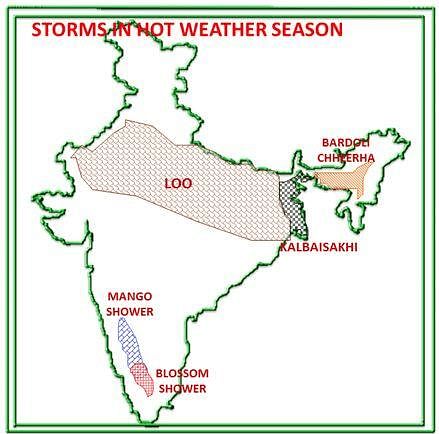 There are three main reasons for the excessive cold in north India during this season:

(i) States like Punjab, Haryana, and Rajasthan being far away from the moderating influence of sea experience continental climate.

(ii) The snowfall in the nearby Himalayan ranges creates cold wave situation.

(iii) Around February, the cold winds coming from the Caspian Sea and Turkmenistan bring cold wave along with frost and fog over the northwestern parts of India. 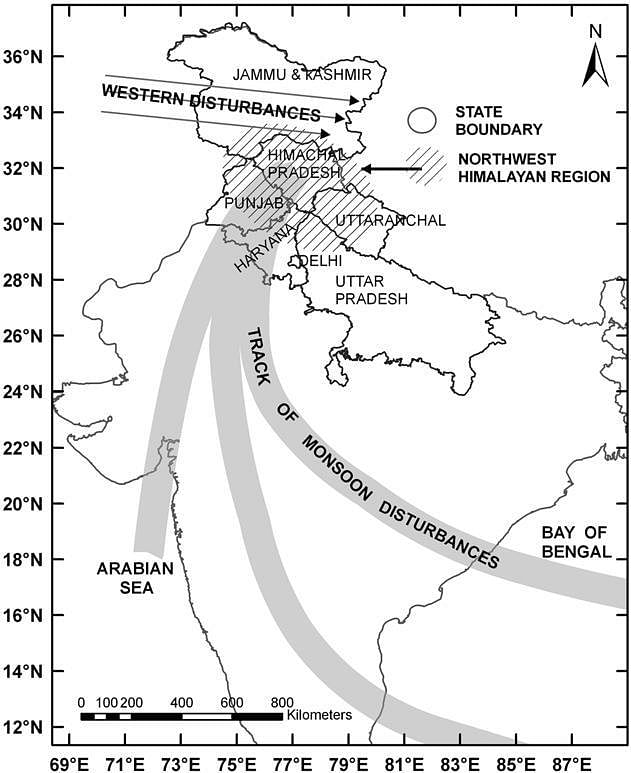 ➢ RainfallWinter monsoons do not cause rainfall as they move from land to the sea. It is because firstly, they have little humidity, and secondly, due to anticyclonic circulation on land, the possibility of rainfall from them reduces. So, most parts of India do not have rainfall in the winter season.

However, there are some exceptions to it: 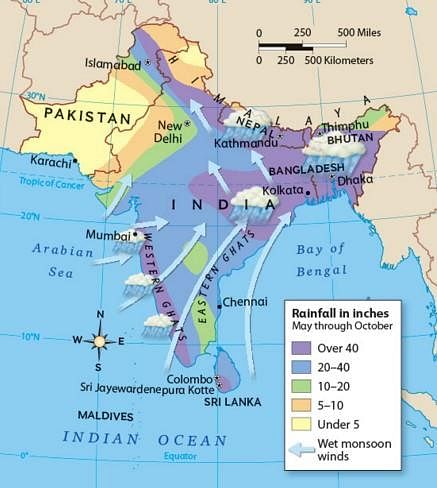 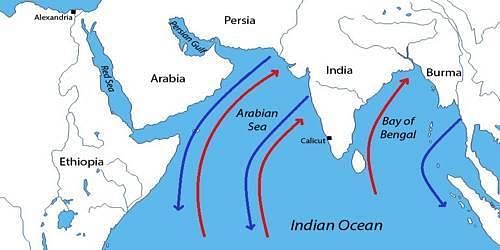 Monsoon Winds of the Arabian Sea

The monsoon winds originating over the Arabian Sea further split into three branches:

(ii) Another branch of the Arabian sea monsoon strikes the coast north of Mumbai. Moving along the Narmada and Tapi river valleys, these winds cause rainfall in extensive areas of central India. The Chotanagpur plateau gets 15 cm rainfall from this part of the branch. Thereafter, they enter the Ganga plains and mingle with the Bay of Bengal branch.

(iii) The third branch of this monsoon wind strikes the Saurashtra Peninsula and the Kachchh. It then passes over west Rajasthan and along the Aravallis, causing only a scanty rainfall. In Punjab and Haryana, it too joins the Bay of Bengal branch. These two branches, reinforced by each other, cause rains in the western Himalayas.

➢ Monsoon Winds of the Bay of Bengal 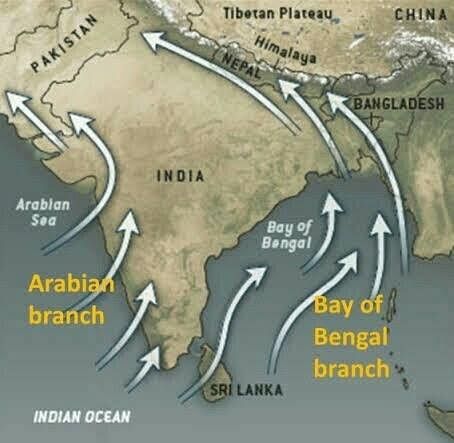 Monsoon Winds of Bay of Bengal

(i) The Tamil Nadu coast is situated parallel to the Bay of Bengal branch of southwest monsoon.

(ii) It lies in the rain shadow area of the Arabian Sea branch of the southwest monsoon. 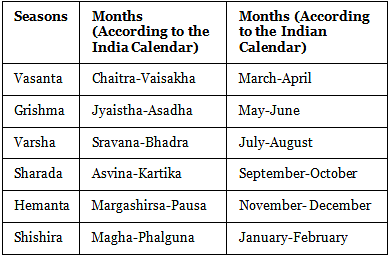