The document NCERT Summary: Executive - 1 UPSC Notes | EduRev is a part of the UPSC Course Indian Polity for UPSC CSE.
All you need of UPSC at this link: UPSC

Functioning of a Government

Administration in an Organization 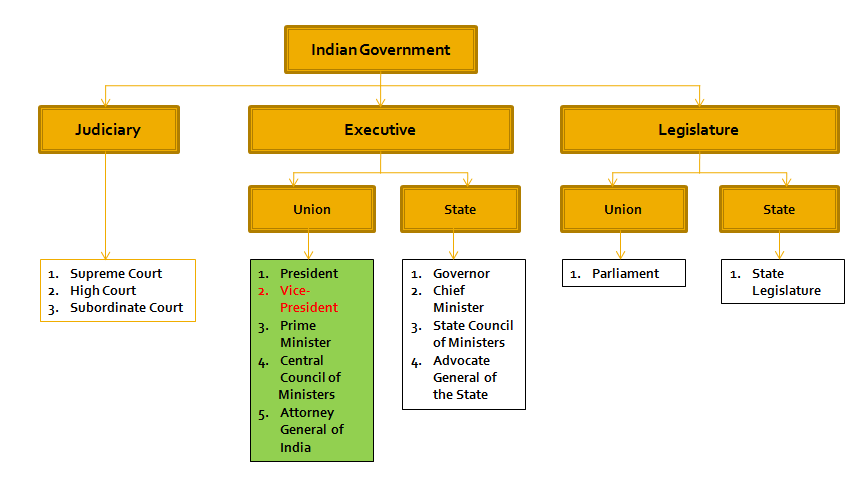 The Union executive consists of the President, the Vice-President, and the Council of Ministers with the Prime Minister as the head to aid and advise the President. 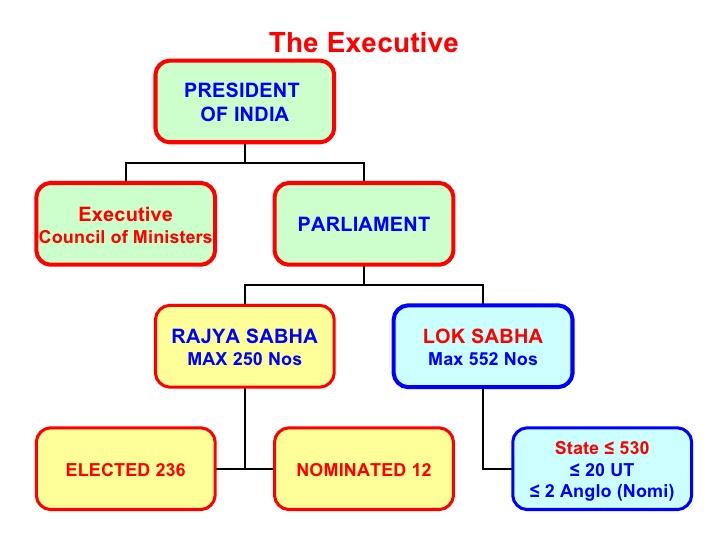 Powers and Position of President 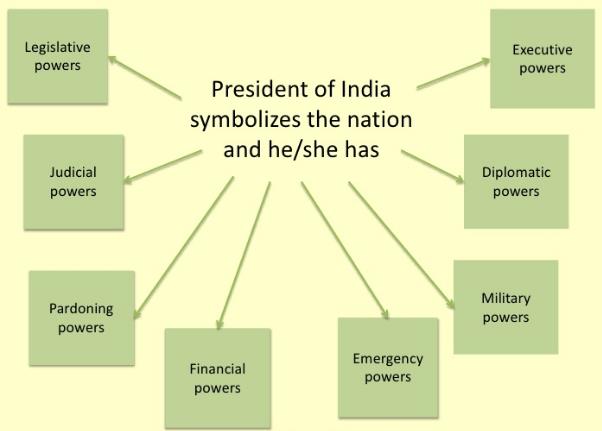 Try yourself:On what ground the President of India can be impeached?
Explanation

The President can be removed from office only by Parliament by following the procedure for impeachment. The only ground for impeachment is the violation of the Constitution.

The Union executive consists of the President, the Vice-President, and the Council of Ministers with the Prime Minister as the head to aid and advise the President.

The Vice President of India

Size of the Council of Ministers 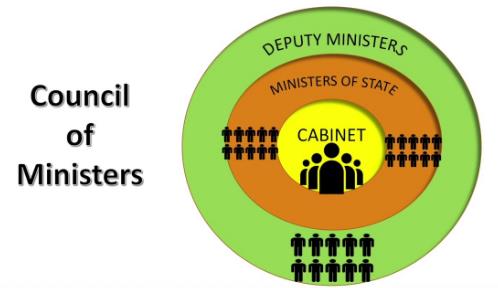 Try yourself:Which bill cannot be returned to the parliament by the President for reconsideration?
Explanation

The President may either give or withhold his assent to a Money Bill. Under the Constitution, a Money Bill cannot be returned to the House by the President for reconsideration.