In living organisms, there are two types of cellular organizations. If we look at very simple organisms like bacteria and blue-green algae, We will discover cells that have no defined nucleus these are prokaryotes cells. The cells which have definite nucleus are known as a eukaryote. 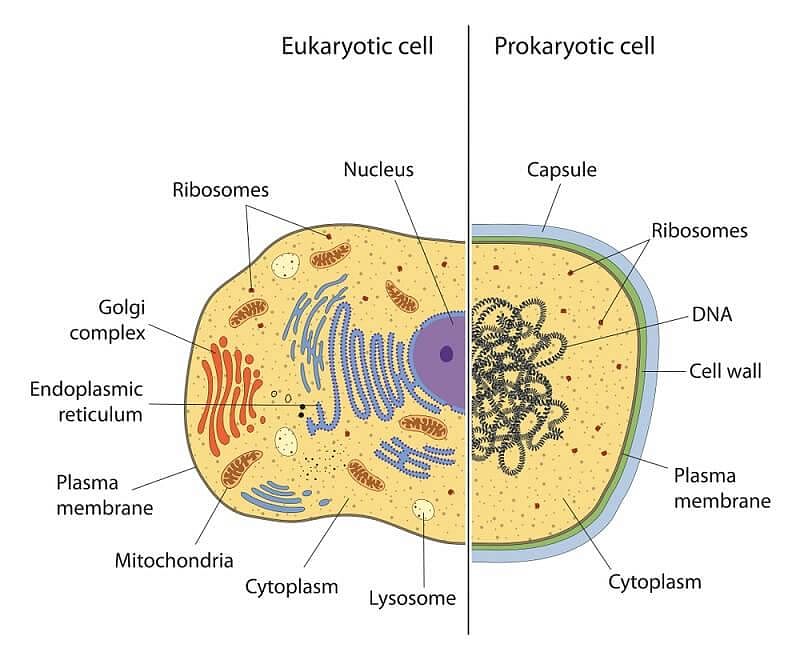 But the thing which both have in common is that there are compartments surrounded by some type of membrane. These are called cell membranes.

Organelles are living part of the cell have definite shape, structure and functions. 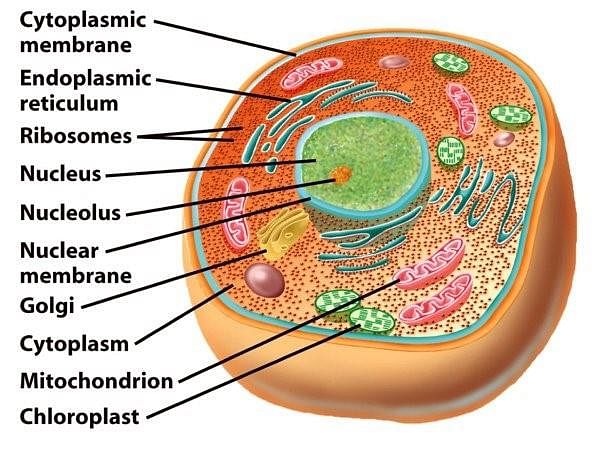 Cell OrganellesTo keep their function different from each other these organelles use membranes bound with little structure within themselves.Some of the important organelles are:(a) Endoplasmic Reticulum

Synthesizes protein, and ER sent this protein in various parts of the cell. Whereas SER helps in the manufacture of fats.

The above mentioned cell organelles are the living part of the cell but there are some non – living parts within the cell-like vacuoles and granules:

Organisms grow and reduce through cell division. Plants continue to grow by cell division all their lives. But in most animals cells divide more slowly once the body takes shape.

There are two methods of replication mitosis and meiosis:

The main theme of this replication is that mitosis is the simple duplication of a cell and all of its parts. It duplicates its DNA and the two new cells (daughter cells) have the same pieces and generic code. Beyond the idea that two identical cells are created, there are five steps in this process. You should remember the term PMATI.

It breaks down to:

➢ Some Important Facts Regarding Cells 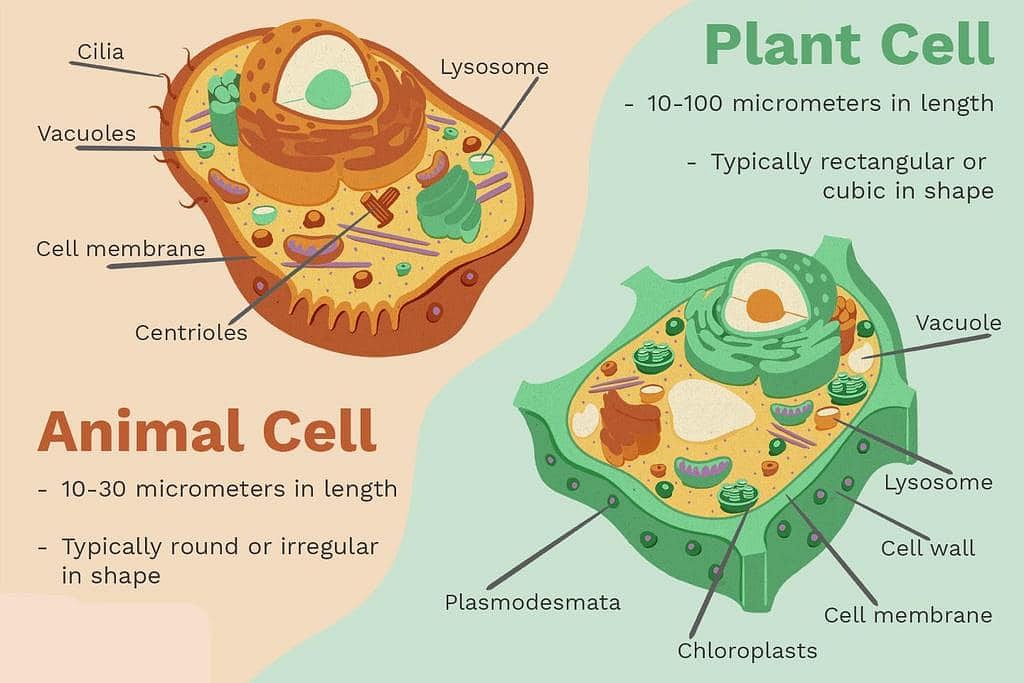 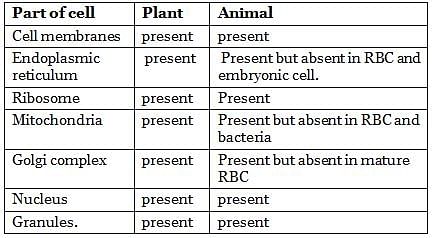 The nucleus is absent in mature mammalian red blood cells and sieve tubes in the phloem tissue of the vascular tube. 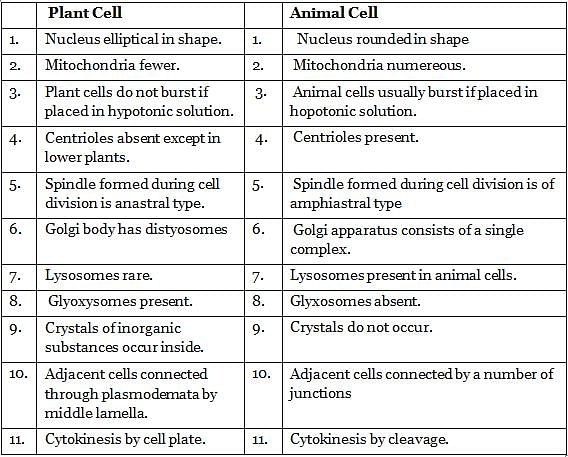 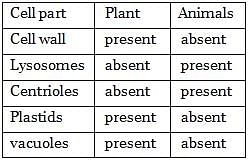 It is a tissue that is made up of tightly packed cells. Without much materials within these cells. The reasons for the tightly packed cells are to act as a barrier against mechanical injury, invading microorganisms, and fluid loss. We can define epithetical tissue by considering two points in mind one is the number of cell layers and two the shape of the cells.

(a) On the basis of Cell layers

(b) On the basis of the Simple Shape of Cells

It is specialized for the ability to contract muscle cells. These are elongated and referred to as muscle fibers. When a stimulus is received at one end of a muscle cell, a wave of excitation is conducted through the entire cell so that all parts contract in harmony.

There were three types of muscle cells: 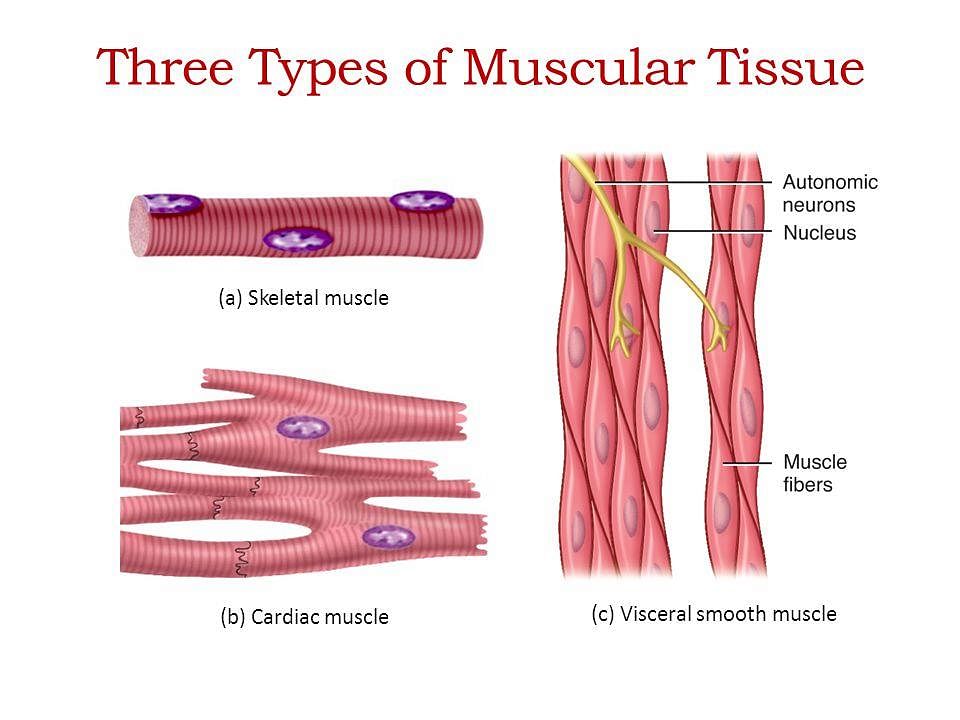 (a) Skeletal muscle: It attached primarily to bones. Its main function is to provide the force for locomotion and all other voluntary movements of the body.

(b) Cardiac muscle: It occurs only in the heart. The contraction and relaxation of the heart muscles help to pump the blood and distribute it to the various parts of the body.

(c) Smooth muscles: It can be found in the stomach, intestines, and blood vessels these muscles cause slow and prolonged contractions which are involuntary.

This tissue is specialized with the capability to conduct electrical impulses and convey information from one area of the body to another. Most of the nervous tissue (98%) is located in the central nervous system. The brain and spinal cord.There are two types of nervous tissue: 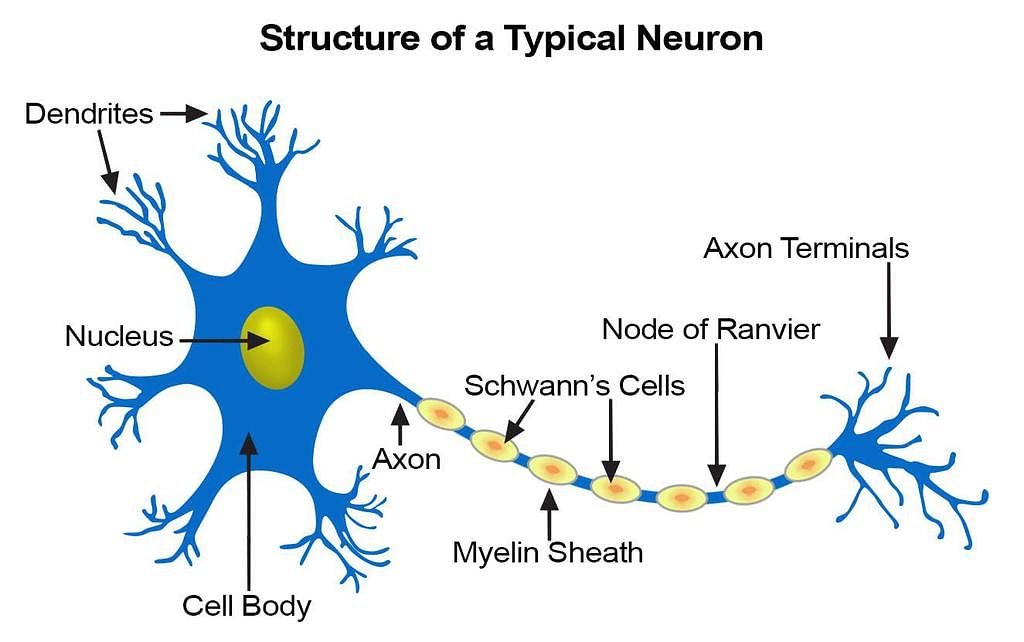