1. Why do we need an Independent Judiciary?

(i) The other organs of the government like the executive and legislature must not restrain the functioning of the judiciary in such a way that it is unable to do justice.

(ii) The other organs of the government should not interfere with the decision of the judiciary.

(iii) Judges must be able to perform their functions without fear or favour.

Question for NCERT Summary: Judiciary - 1
Try yourself:The other Judges of the Supreme Court and the High Court are appointed by the President after consulting?
Explanation

➢ Structure of the Judiciary 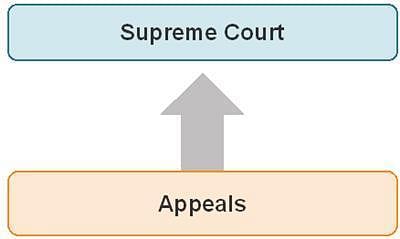 (i) Unsuccessful Attempt to Remove a Judge