The document NCERT Summary: Motions of the Earth UPSC Notes | EduRev is a part of the UPSC Course Geography for UPSC CSE.
All you need of UPSC at this link: UPSC

What caused the tilt? 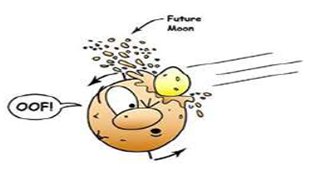 Try yourself:Which of the following causes day and night on the Earth?
Explanation

Day and night are due to the Earth rotating on its axis, not its orbit around the sun. The term 'one day' is determined by the time the Earth takes to rotate once on its axis and includes both day time and night time.

➢ What Causes the Seasons?

Revolution of the earth and seasons

Try yourself:On which of the following date, occurs the longest day and shortest night in the Northern hemisphere of the Earth?
Explanation

The longest day and the shortest night. It occurs on 21st June in the northern hemisphere.