» Spiders use a combination of an exoskeleton for protection and fluid pressure for movement.» Vertebrates have developed an internal mineralized (in most cases) endoskeleton composed of bone and/ or cartilage. Muscles are on the outside of the endoskeleton.» Cartilage and bone are types of connective tissue. 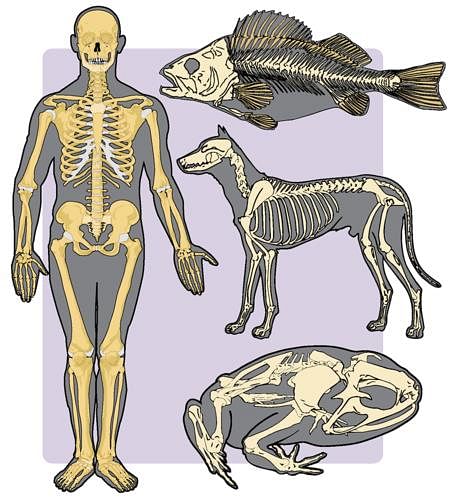 ➢ The Skeleton and Muscles 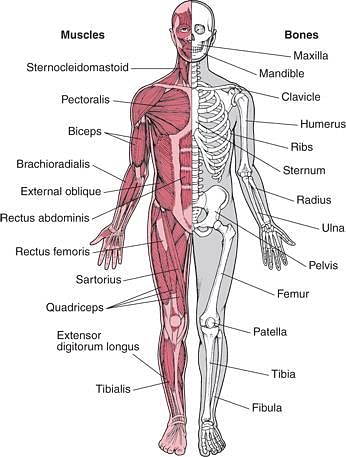 ➢ Interaction of the Two Systems

➢ Divisions of the Nervous System

All neurons have three parts:

2. Types of NeuronThree types of neurons occur:(i) Sensory neurons typically have a long dendrite and short axon and carry messages from sensory receptors to the central nervous system.(ii) Motor neurons have a long axon and short dendrites and transmit messages from the central nervous system to the muscles (or to glands).(iii) Interneurons are found only in the central nervous system where they connect neuron to neuron. Some axons are wrapped in a myelin sheath formed from the plasma membranes of specialized glial cells known as Schwann cells. Schwann cells serve as supportive, nutritive, and service facilities for neurons. The gap between Schwann cells is known as the Node of Ranvier (refer to above figure) and serves as points along the neuron for generating a signal. Signals jumping from node to node travel hundreds of times faster than signals traveling along the surface of the axon. This allows our brain to communicate with our toes in a few thousandths of a second.