Excretory systems regulate the chemical composition of body fluids by removing metabolic wastes and retaining the proper amounts of water, salts, and nutrients. Components of this system in vertebrates include the kidneys, liver, lungs, and skin.

Not all animals use the same routes or excrete their wastes the same way as humans do. Excretion applies to metabolic waste products that cross a plasma membrane. Elimination is the removal of feces.

Nitrogen wastes are by product of protein metabolism. Amino groups are removed from amino acids prior to energy conversion. The NH2 (amino group) combines with a hydrogen ion (proton) to form ammonia (NH3).

Ammonia is very toxic and usually is excreted directly by marine animals. Terrestrial animals usually need to conserve water. Ammonia is converted to urea, a compound the body can tolerate at higher concentrations than ammonia. Birds and insects secrete uric acid that they make through large energy expenditure but little water loss.

Amphibians and mammals secrete urea that they form in their liver. Amino groups are turned into ammonia, which in turn is converted to urea, dumped into the blood and concentrated by the kidneys.

(B) Water and Salt Balance

The excretory system is responsible for regulating water balance in various body fluids. Osmoregulation refers to the state aquatic animals are in: they are surrounded by freshwater and must constantly deal with the influx of water. Animals, such as crabs, have an internal salt concentration very similar to that of the surrounding ocean. Such animals are known as osmocon-formers, as there is little water transport between the inside of the animal and the isotonic outside environment. Marincompositione vertebrates, however, have internal concentrations of salt that are about one-third of the surrounding seawater. They are said to be osmoregulators. Osmoregu-lators face two problems: prevention of water loss from the body and prevention of salts diffusing into the body. Fish deal with this by passing water out of their tissues through their gills by osmosis and salt through their gills by active transport.

Cartilaginous fish have a greater salt concentration than seawater, causing water to move into the shark by osmosis; this water is used for excretion. Freshwater fish must prevent water gain and salt loss. They do not drink water, and have their skin covered by a thin mucus. Water enters and leaves through the gills and the fish excretory system produces large amounts of dilute urine. Terrestrial animals use a variety of methods to reduce water loss: living in moist environments, developing impermeable body coverings, production of more concentrated urine.

Water loss can be considerable: a person in a 100 degree F temperature loses 1 liter of water per hour.

Many invertebrates such as flatworms use a nephridium as their excretory organ. At the end of each blind tubule of the nephridium is a ciliated flame cell. As fluid passes down the tubule, solutes are reabsorbed and returned to the body fluids.

Body fluids are drawn into the Malphigian tubules by osmosis due to large concentrations of potassium inside the tubule. Body fluids pass back into the body, nitrogenous wastes empty into the insect’s gut. Water is reabsorbed and waste is expelled from the insect.

The urinary system is made-up of the kidneys, ureters, bladder, and urethra. The nephron, an evolutionary modification of the nephridium, is the kidney’s functional unit. Waste is filtered from the blood and collected as urine in each kidney. Urine leaves the kidneys by ureters, and collects in the bladder. The bladder can distend to store urine that eventually leaves through the urethra.

The nephron consists of a cup-shaped capsule containing capillaries and the glomerulus, and a long renal tube. Blood flows into the kidney through the renal artery, which branches into capillaries associated with the glomerulus. Arterial pressure causes water and solutes from the blood to filter into the capsule. Fluid flows through the proximal tubule, which include the loop of Henle, and then into the distal tubule. The distal tubule empties into a collecting duct. Fluids and solutes are returned to the capillaries that surround the nephron tubule.

The nephron has three functions:

Nephrons filter 125 ml of body fluid per minute; filtering the entire body fluid component 16 times each day. In a 24 hour period nephrons produce 180 liters of filtrate, of which 178.5 liters are reabsorbed. The remaining 1.5 liters forms urine.

1. Filtration in the glomerulus and nephron capsule.2. Reabsorption in the proximal tubule.3. Tubular secretion in the Loop of Henle. 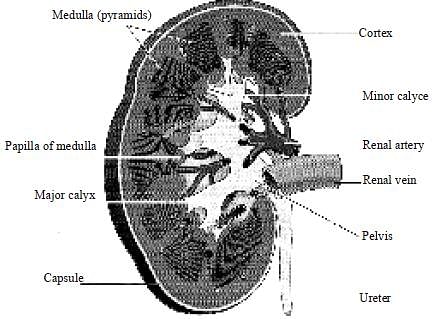 (C) Cmponents of the NEPHRON

In some cases, excess wastes crystallize as kidney stones. They grow and can become a painful irritant that may require surgery or ultrasound treatments. Some stones are small enough to be forced into the urethra, others are the size of huge, massive boulders.

Hormone Control of Water and Salt

Water reabsorption is controlled by the antidiuretic hormone (ADH) in negative feedback.

These animals have a true vertebral column & internal skeleton. These are grouped into five classes. 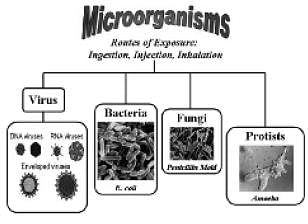 Micro organisms are classified into four major groups. These groups are bacteria, fungi, protozoa and algae.

Medicinal Use of Micro Organisms

Common Methods of Preserving Food in our Homes. 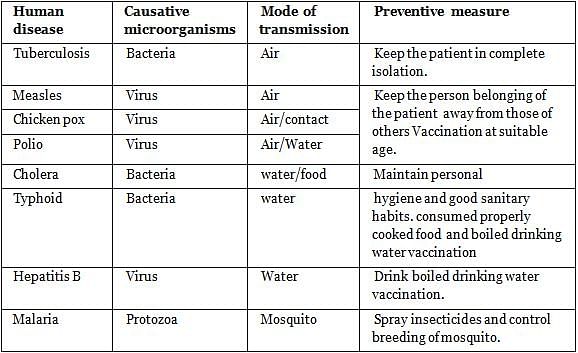