Medium of Propagation of Light

When a ray of light approaches a smooth polished surface and the light ray bounces back, it is called the reflection of light.

Laws of Reflection of Light

Types of Images after Reflection
Types of Mirrors

A spherical mirror, whose reflecting surface is curved inwards, that is, faces towards the center of the sphere, is called a concave mirror.

A spherical mirror whose reflecting surface is curved outwards is called a convex mirror.

Pole: The center of the reflecting surface of a spherical mirror is a point called the pole. It lies on the surface of the mirror. The pole is usually represented by the letter P.

Center of Curvature: The reflecting surface of a spherical mirror forms a part of a sphere. This sphere has a center. This point is called the center of curvature of the spherical mirror. It is represented by the letter C.

Principal Axis: Imagine a straight line passing through the pole and the center of curvature of a spherical mirror. This line is called the principal axis. 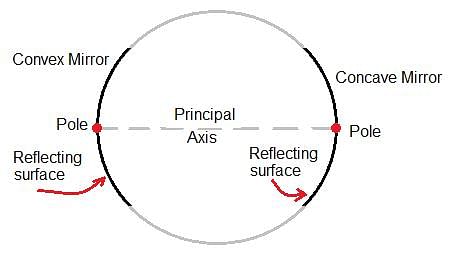 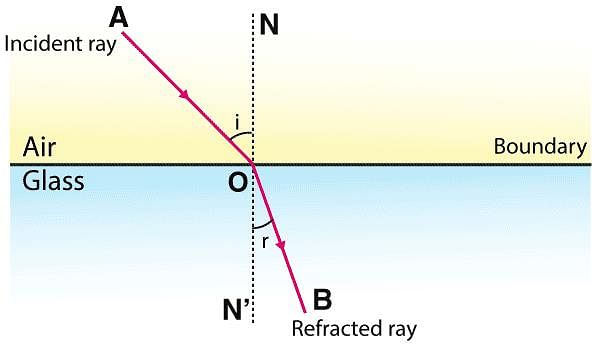 It is the phenomenon splitting of a beam of white light into its constituent colors on passing through a prism.

Magnetism is a  physical phenomenon produced by the motion of electric charge, which results in attractive and repulsive forces between objects.

The phenomenon due to which a suitable combination of bodies on rubbing, get electrified is called electricity. If a charge on a body is not allowed to flow, it is called static electricity.

The branch of physics which deals with the relationship between electricity and magnetism is called electromagnetism.

» Where ”F” is the resulting force between the two charges.» The distance between the two charges is ”r”. The “r” actually stands for “radius of separation” but you just need to know it is a distance.» The ”q2" and ”q2" values for the amount of charge in each of the particles. Scientists use Coulombs as units to measure charge.» The constant of the equation is “k”

VELOCITY: The distance covered by an object in a specified direction in unit time interval is called velocity. The S.I. Unit of velocity is m/s.

W is weight in Newton (N),m is mass in kg, andg is the acceleration of gravity in m/s2.