The document NEET Previous Year Questions(2016-21): Molecular Basis of Inheritance Notes | Study Biology Class 12 - NEET is a part of the NEET Course Biology Class 12.
All you need of NEET at this link: NEET

The RNA polymerase is only capable of catalysing the process of elongation.

Q.7. Which is the "Only enzyme" that has "Capability to catalyze Initiation, Elongation, and Termination in the process of transcription in prokaryotes?    (2021)(a) DNA Ligase(b) DNase(c) DNA dependent DNA polymerase(d) DNA dependent RNA polymeraseAns. (d)There is single DNA-dependent RNA polymerase that catalyses transcription of all types of RNA in bacteria.Q.8. Which one of the following statements about Histones is wrong?    (2021)(a) Histones are rich in amino acids - Lysine and Arginine.(b) Histones carry a positive charge in the side chain.(c) Histones are organized to form a unit of 8 molecules.(d) The pH of histones is slightly acidic.Ans. (d) 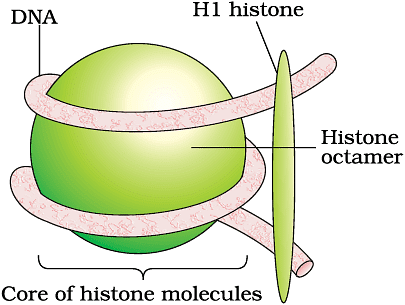 The Codons for the Various Amino Acids 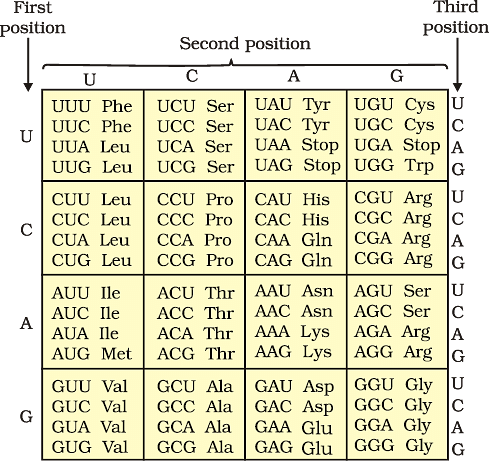 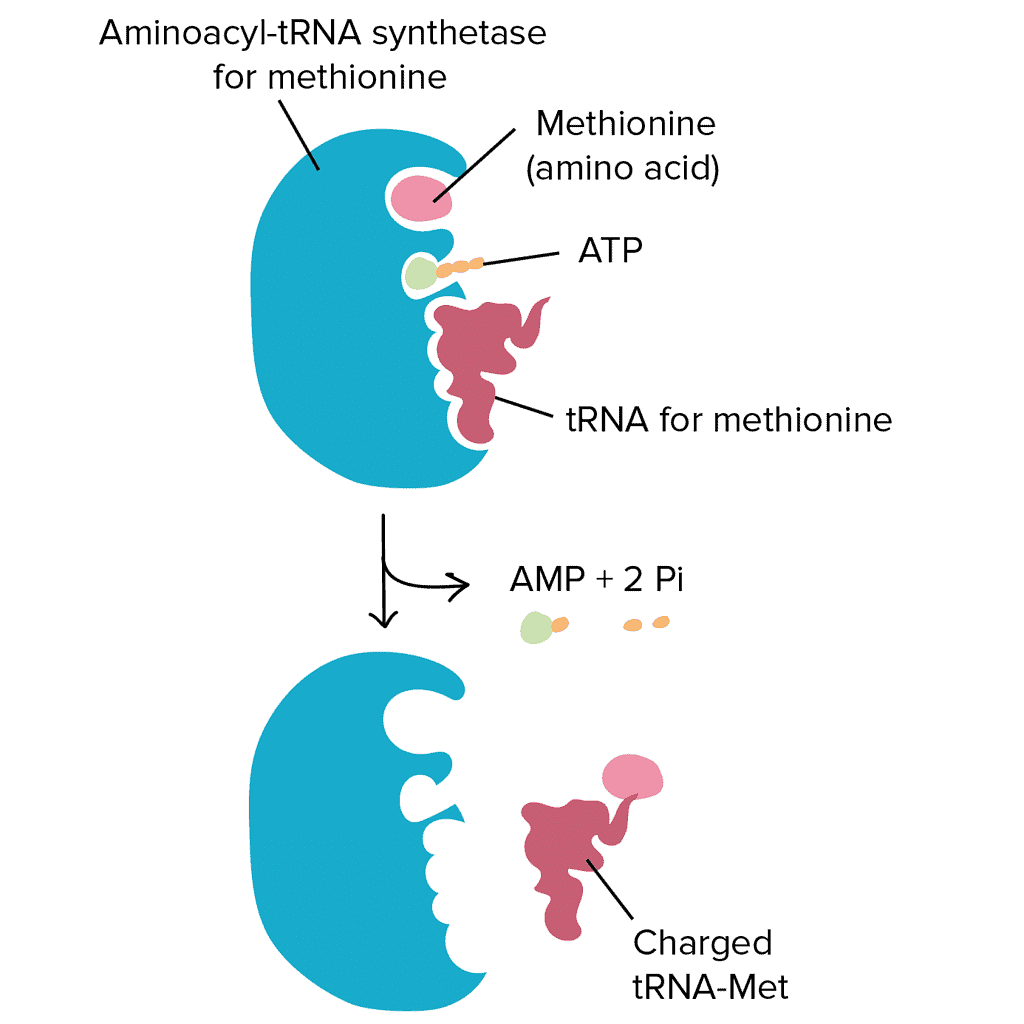 Ans: (d)In lac operonI gene → Repressorz gene → β-galactosidasey gene → Permeasea gene → TransacetylaseQ.14. Purines found both in DNA and RNA are    (2019)(a) Cytosine and thymine(b) Adenine and thymine(c) Adenine and guanine(d) Guanine and cytosineAns: (c)Purines are the same in both DNA and RNA. They are adenine and guanine. Thymine, cytosine and uracil are pyrimidine bases. Cytosine is found in both DNA and RNA. Thymine is present in DNA and RNA contains uracil in place of thymine.Q.15. Under which of the following conditions there will be no change in the reading frame of following mRNA?    (2019)5' AACAGCGGUGCUAUU 3'(a) Deletion of GGU from 7th, 8th and 9th positions(b) Insertion of G at 5th  position(c) Deletion of G from 5th position(d) Insertion of A and G at 4th and 5th position respectivelyAns: (a)Insertion or deletion of three or its multiple bases insert or delete one or multiple codon hence one or multiple amino acids, and reading frame remains unaltered from that point onwards.Q.16. Expressed Sequence Tags (ESTs) refers to    (2019)(a) Novel DNA sequences(b) Genes expressed as RNA(c) Polypeptide expression(d) DNA polymorphismAns: (b)Expressed Sequence Tags (ESTs) are genes that are expressed as RNA. It is used in sequencing of human genome.Q.17. Which of the following features of genetic code does allow bacteria to produce human insulin by recombinant DNA technology?    (2019)(a) Genetic code is specific.(b) Genetic code is not ambiguous.(c) Genetic code is redundant.(d) Genetic code is nearly universal.Ans: (d)As genetic code is nearly universal means almost all organism (from a virus, bacteria to a tree or human being) will have amino acids coded by same kind of codons as given in checkerboard. So, this properties is utilised to produce human insulin using bacteria.Q.18. What will be the sequence of mRNA produced by the following stretch of DNA?    (2019)3'ATGCATGCATGCATG5'TEMPLATE STRAND5' TACGTACGTACGTAC3' CODING STRAND(a) 3'AUGCAUGCAUGCAUG5'(b) 5'UACGUACGUACGUAC 3'(c) 3' UACGUACGUACGUAC 5'(d) 5' AUGCAUGCAUGCAUG 3'Ans: (b)

Q.19. Match the following RNA polymerase with their transcribed products :

The document NEET Previous Year Questions(2016-21): Molecular Basis of Inheritance Notes | Study Biology Class 12 - NEET is a part of the NEET Course Biology Class 12.
All you need of NEET at this link: NEET