Puppetry in India can be classified into four categories as follows:

The earliest reference to the art of puppetry is found in Tamil classic 'Silappadikaaram' written around the 1st or 2nd century B.C. In Sanskrit terminology, Puttalika and Puttika mean 'little sons'. Ancient Hindu philosophers have paid the greatest tribute to puppeteers. Try yourself:Consider the following statements about Indian puppetry
1. The narrator is called sutradhar
2. Kathputli is a string puppet
Which of the above is/ are correct?
Explanation

Statement 1 is correct - The narrator or the 'Holder of the strings' is called Sutradhar, now widely called as the puppeteer. Puppetry is a form of narrative theatre where the puppeteer gives life to the puppet. ... There are four main types of puppets: glove, rod, shadow, and string.
Statement 2 is correct - Kathputli is a string puppet theatre, native to Rajasthan, India, and is the most popular form of Indian puppetry. Being a string marionette, it is controlled by a single string that passes it from the top of the puppet over the puppeteers.

Try yourself:Absence of legs is a unique feature of
Explanation

Traditional string puppets of Rajasthan are known as Kathputli, which means a wooden doll. The puppets are covered in traditional bright Rajasthani dresses. The show is accompanied by dramatic folk music. A unique feature is the absence of legs. Strings are attached to the fingers of the puppeteers. Try yourself:Yampuri is a
Explanation

Yampuri is a famous puppetry art form of Bihar. This art form has its roots in Uttar Pradesh and then over a period of time, found its way to the state of Bihar from where it is vividly practised at present. The artists who practice this indigenous art form, often travel to the states of Madhya Pradesh and West Bengal to perform at various local fairs.

Kundhei, Orissa : The string puppets of Orissa are known as Kundhei. Made of light wood, the Orissa puppets have no legs but wear long flowing skirts. They have more joints and are, therefore, more versatile, articulate and easy to manipulate. The puppeteers often hold a wooden prop, triangular in shape, to which strings are attached for manipulation. The costumes of Kundhei resemble those worn by actors of the Jatra traditional theatre. The music is drawn from the popular tunes of the region and is sometimes influenced by the music of Odissi dance. 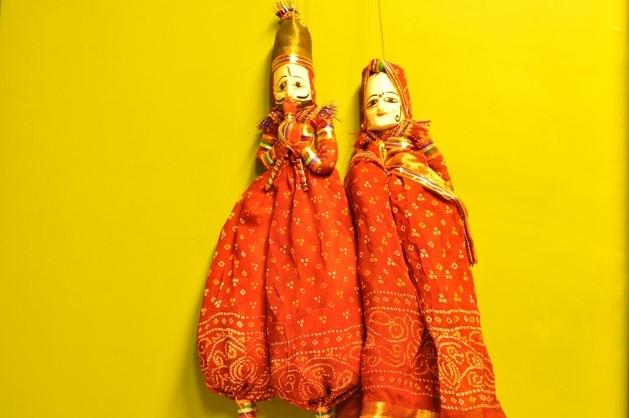 Puppets from Tamil Nadu, known as Bommalattam combine the techniques of both rod and string puppets. They are made of wood and the strings for manipulation are tied to an iron ring which the puppeteer wears like a crown on his head. 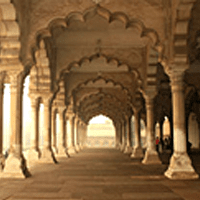