What is number system?

Numbers are of many types. These can be defined as given below: 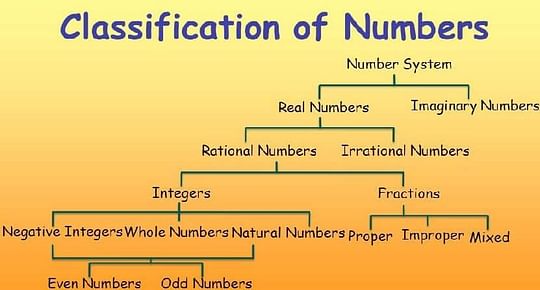 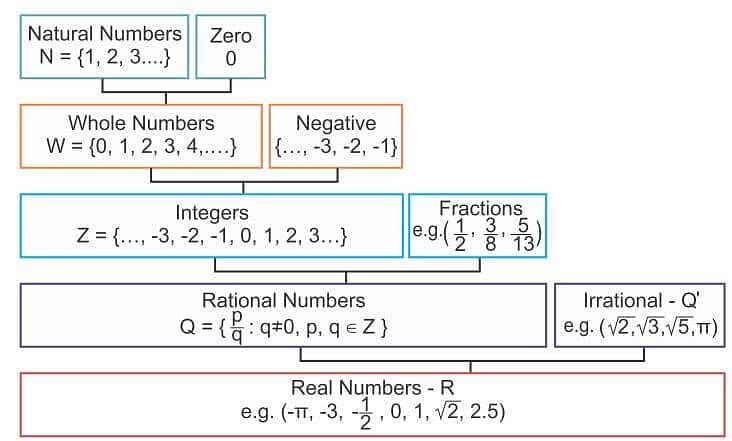 SOME PROPERTIES OF NUMBERS:

Steps to write two or more rational numbers in ascending or descending order.

Step 1: Write the given rational numbers with +ve denominator.

If given rational number are :

Find the LCM of denominators.

Step 4: Now compare the , so found equivalent rational numbers on the basis of their numerators.

Second method to decide which rational number is greater and which one is smaller.

Let the rational numbers to be compared are

Note: If the numbers to be compared are three or more, compare the rational numbers by taking pairs.

MULTIPLICATIVE INVERSE OF A RATIONAL NUMBER:

The multiplicative inverse of a non-zero rational number

If the product of two rational numbers is 1, then we say that one number is the multiplicative inverse of the other.

Caution: There is no multiplicative inverse for the rational number zero.

Prime numbers: If there is a number which has no divisor apart from 1 and itself, it is called a prime number.

Some characteristics of prime numbers.

To test whether a given number is prime or not.

Step 1. Let the number to be tested be x.

Step 3. Test if the given number (x) is divisible by any of the prime numbers less than y

Step 4. If it is not divisible by any of them, then the number x is a prime number., otherwise it is a composite number

Face value of a digit in a numeral:

The face value of a digit remains as it is and does not change, what ever place it may occupy in the place-value chart. Thus, the face value of 7 is always 7 where ever it may be.

Place value of a digit in a numeral:

The place value of a digit in a numeral depends upon the place it occupies in the place-value chart.

Solution: In this numeral

Question for Numbers and Number System - 1
Try yourself: What will be the unit digit of (2153)167?
Explanation