Biological classification is the scientific procedure of arranging the organisms in a hierarchical series of groups and sub-groups on the basis of their similarities and dissimilarities. Many biologists have contributed to this method of classification, which took years for researchers to decide the most fundamental characteristics for the classification. 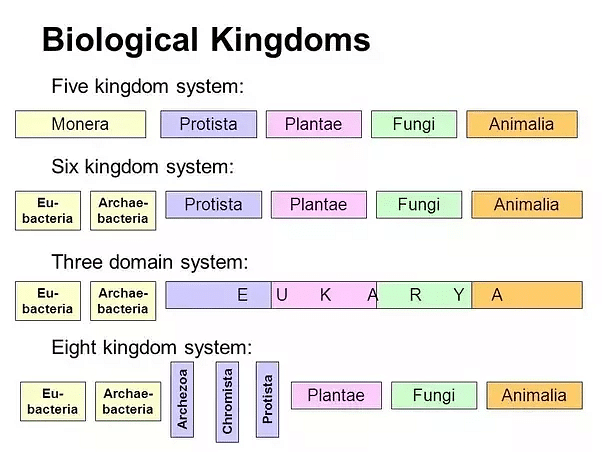 Right from archaic times, several attempts have been made to classify living organisms. The first man to attempt a scientific basis of classification was Aristotle. He used simple morphological characters to classify plants as trees, shrubs, and herbs.

He classified the animals into two groups:

1. Enaima (with red blood)2. Anaima (without red blood)However, a need for a proper system of biological classification was always felt. 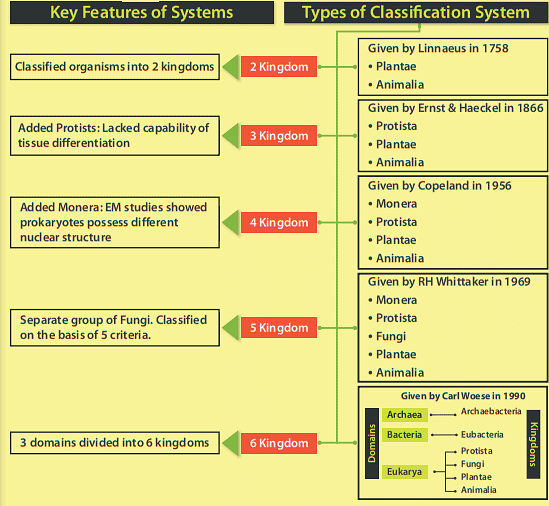 Based on the types of system of classification, organisms are classified into the following kingdoms:

In the year 1758m Linnaeus (the father of the taxonomy system) divided all the living organisms into two kingdoms. These are Plantae and Animalia.

(i) Features of Kingdom Plantae

In the year 1969, this classification came into existence. RH Whittaker proposed this system. He created a separate group for fungi.The primary criterion for classification here were:

(i) ArchaeaArchaea domain includes prokaryotic organisms. These have a monolayer core of lipids in the cell membrane and distinct nucleotides in their 16S RNA. It contains a single kingdom called Archaebacteria. This kingdom includes early prokaryotes. These are methanogens, halophiles and thermoacidophiles.(ii) BacteriaThe bacteria domain consists of typical prokaryotes that lack membrane-covered cell organelles. These do not have microchambers for separating various metabolic activities. It also has a single kingdom-Eubacteria.

(iii) EukaryaThe domain eukarya contain all the eukaryotes.The four kingdoms of this domain are: