The document Physical & Political Indian Geography UPSC Notes | EduRev is a part of the UPSC Course Geography for UPSC CSE.
All you need of UPSC at this link: UPSC

India with an area of 32,87,782 sq. km., is the seventh-largest country after Russia, Canada, USA, China, Brazil, and Australia(in that order) and the second most populous (next to China) country in the world. It extends between 8°4' and 37°6' north latitudes and 68°7' and 97°25' east longitudes, lying north of the equator and thus belongs to the Northern Hemisphere. 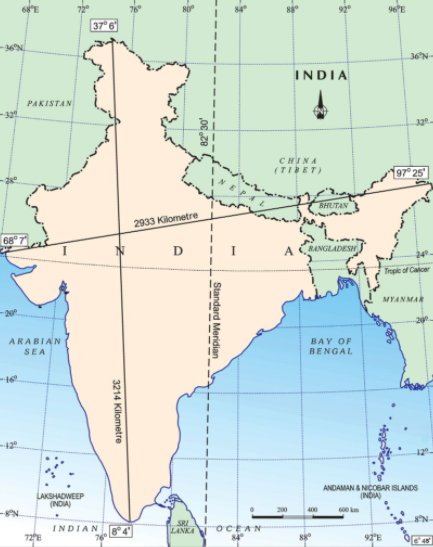 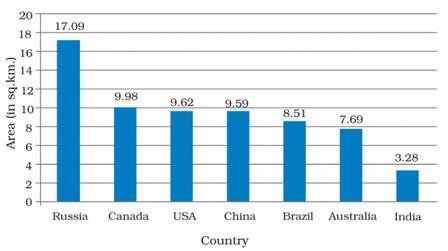 Try yourself:Consider the following statements:
1. India’s territorial waters extend into the sea to a distance of 22 nautical miles
2. Indira Point is the southernmost tip of Indias mainland
Which of the statements given above is/are correct?
Explanation
View Solution
Try yourself:How much time log is there between Saurashtra in the west and Arunachal Pradesh in the east?
Explanation

INDIA AND ITS PHYSICAL FEATURES

India is isolated in a remarkable way from the rest of Asia, making it a distinct geographical unit. Barring the plateau of Balochistan (which forms part of Pakistan), the two great ranges of Sulaiman and Kirthar cut it off from the west. Along the north, the great mountain wall formed by the Hindukush, Karakoram and the Himalayas, which is difficult to cross, cuts it off from the east of the continent. 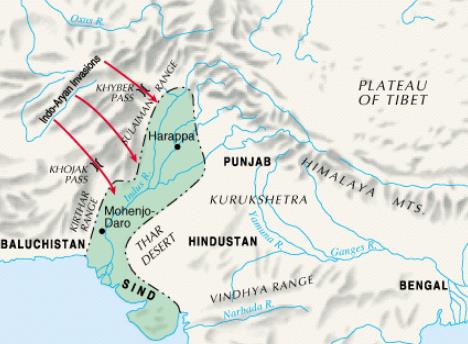 Similarly, the southward offshoots of the Eastern Himalayas separate it from Russia. The mountain barriers thus secure the country from the rest of Asia.

In the west, the Indian Ocean in the south and the Bay of Bengal in the east. These again perform the security function besides providing a very good infrastructural component for development of not only a transport system but also a defence system. The tropical monsoon climate of India, which ensures a fair supply of moisture and forms the basis of farming in India, is also a result of its location in the southern part of Asia.

India’s strategic location at the head of Indian Ocean from where the entire Asia could be controlled had encouraged the British to make it the base of British empire in the east. India is favorably situated on the world’s highway to trade and commerce both to east and west.

The oceanic routes serving East and South-east Asia and Australia in the east and the countries of West Asia and Africa in the west pass through both the routes—the Cape of Good Hope and Suez Canal. Since the opening of the Suez Canal (1867) India’s distance from Europe has been reduced by 7000 Km. It thus bridges the space between the highly industrialized nation of the west and the semi-arid, and southwestern Asia and the most fertile and populated regions in the south-east and far-east countries.

The lack of islands in the Indian Ocean and the absence of any other country having such a large coastline this ocean as ours, with natural resources and population comparable to that of India, makes India even today, by far the most significant among the countries bordering the Indian Ocean.

INDIA AND ITS NEIGHBOURS 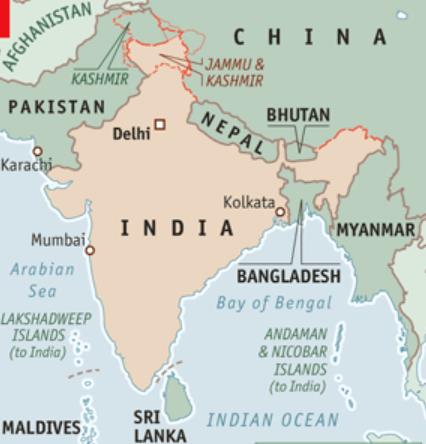 India and its neighboring countries

Maritime borders of India with Countries:

Try yourself:Which of the following state does not share a border with Bhutan?
Explanation

Meghalaya does not share the border with Bhutan country.