Science is a systematic attempt to understand natural phenomena in as much detail and depth as possible, and use the knowledge so gained to predict, modify and control phenomena.

Physics is a basic discipline in natural sciences which also includes subjects like Chemistry and Biology.

What is Physics?It’s really difficult to define exactly what physics is. For one, physics keeps changing as we progress and make new discoveries. New theories don't just bring new answers. They also create new questions that might not have even made sense when viewed from within the previous theory of physics. This makes physics exciting and interesting, but it also forces attempts at defining physics into generalizations about what physics has been rather than what it might be at some point in the future. 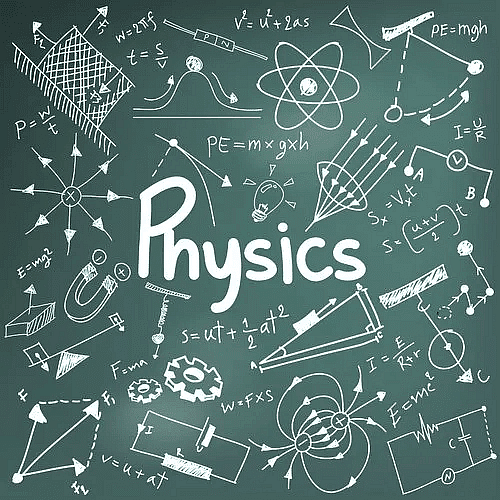 But let's face it, definitions are important, so how do you define Physics? The best way physicists define physics:

Physics is a fundamental science concerned with understanding the natural phenomena that occur in our universe. It is a natural science based on experiments, measurements and mathematical analysis with the purpose of finding quantitative physical laws for everything.

A science that deals with matter and energy, and their interactions.

Physics seeks to construct and experimentally test theories of the physical universe. These theories vary in their scope and can be organized into several distinct branches such as Mechanics, Electromagnetism, Thermodynamics, Modern Physics, etc. 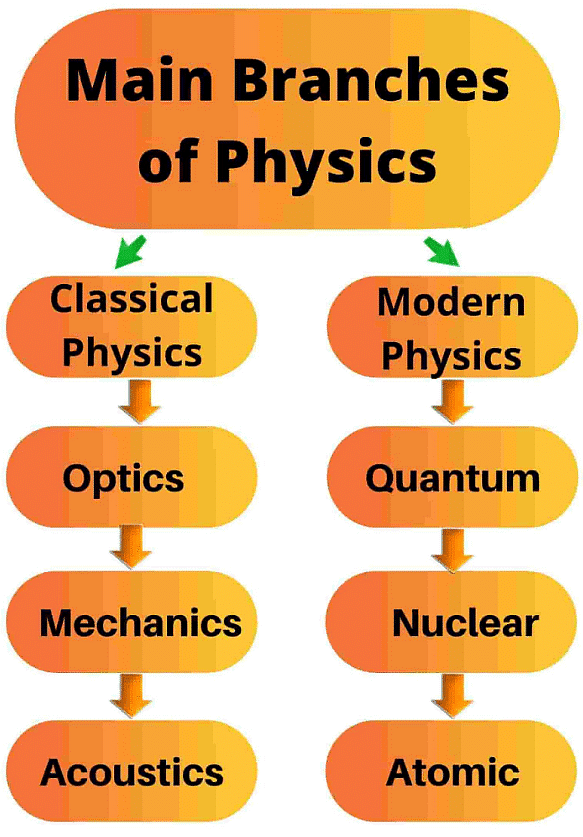 Question for Introduction to Physical World
Try yourself:Which of the following is not a part of Natural Sciences?
Explanation

Natural science is the science that deals with the study of physical world. It comprises of various subjects such as physics, geology, astronomy, biology.

Physics is the study of energy, laws of motion.

Space and matter, geology is the study of earth the mineral resources earth has to offer, and evolution, astronomy is the study of galaxy, universe and the objects that are visible through naked eye, such as sun, moon and planets.

Biology is the study of human body and variety of other living organisms.

Social science as a field of study is separate from the natural sciences, which cover topics such as physics, biology, and chemistry. Social science examines the relationships between individuals and societies as well as the development and operation of societies, rather than studying the physical world.

Between 1600 and 1900, three broad areas were developed, which is together called Classical Physics. These three areas of study are classical mechanics, thermodynamics, and electromagnetism.

But by 1905, it became apparent that classical ideas failed to explain several phenomena. Some new theories were then developed in Modern Physics such as Special Relativity, Quantum Mechanics, etc.

Question for Introduction to Physical World
Try yourself:A thought experiment in Physics is one which is
Explanation

A thought experiment is a hypothetical situation in which a hypothesis, theory, or principle is laid out for the purpose of thinking through its consequences.

The scope of Physics is very broad and covers a wide range of magnitude of physical quantities such as length, mass, time, energy, etc.

Physics in Relation to Other Sciences

Physics in Relation to Technology and Society 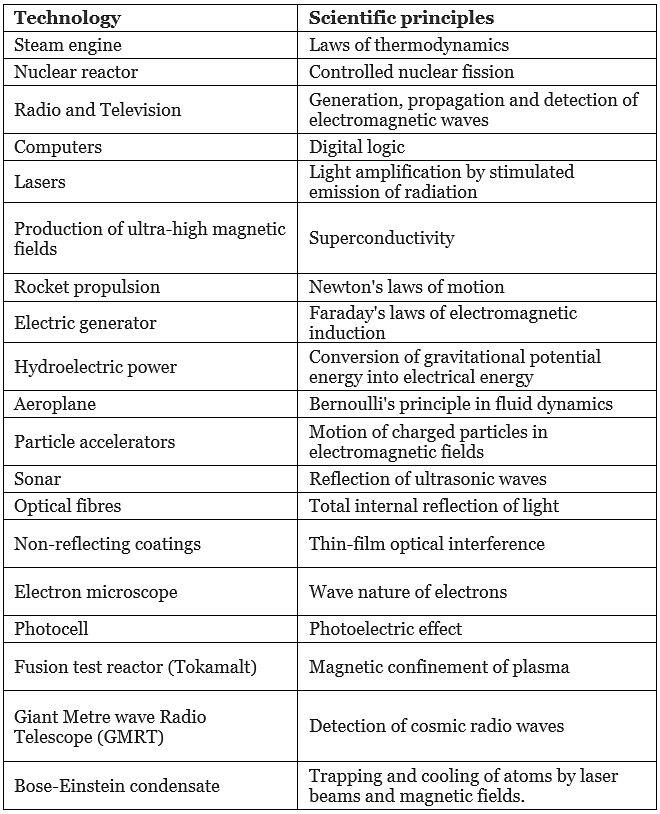 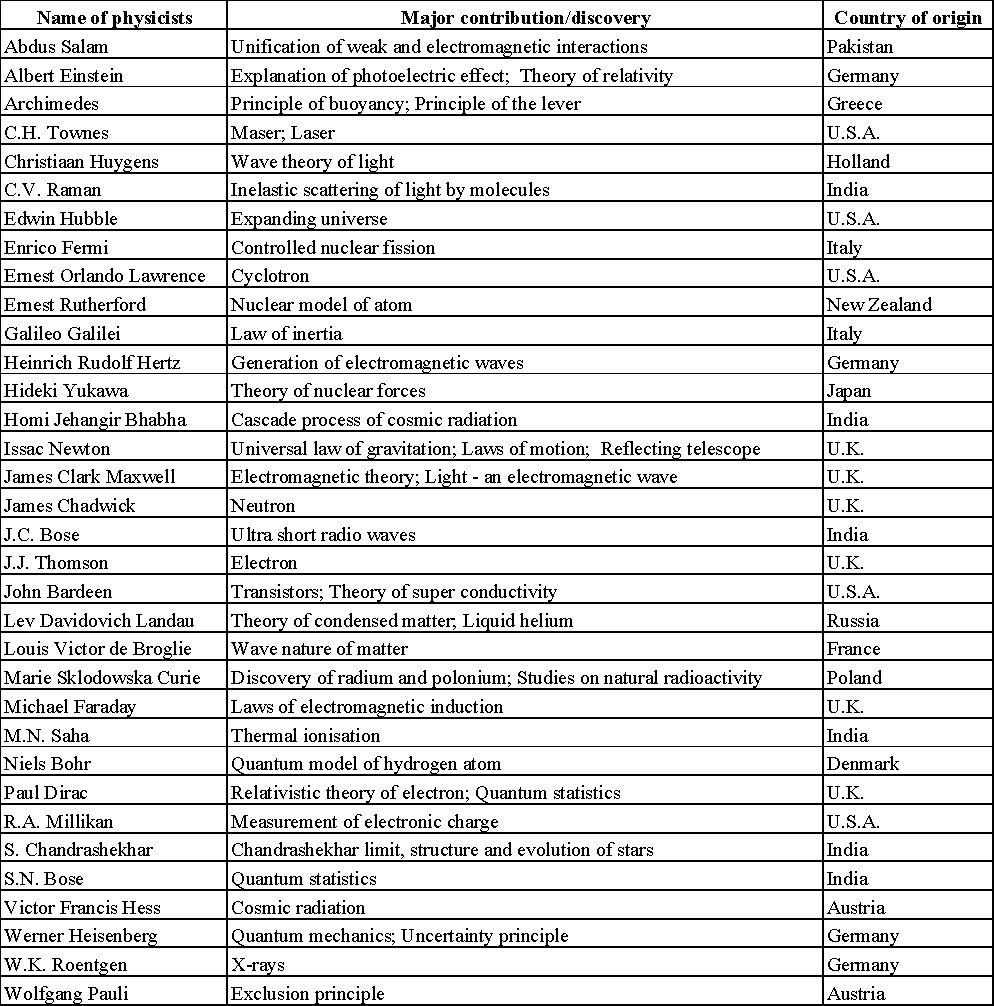 Q1. Why is Physics called the King of Science?

Physics is called the king of science because it helps us understand how nature works.

Q2. Can Physics exist without Maths?

It is possible for theoretical physics to exist without Maths but it gets difficult to analyze and describe the universal phenomena without mathematical hypothesis.

Q3. How is Physics related to Biology?

Physics and Biology, when combined together, help scientists learn more about biological systems on a molecular or atomic level.

Q4. How is Physics related to Chemistry?

Physics and Chemistry may overlap when the subject under consideration is matter composed of electrons and nuclei made of protons and neutrons.

Q5. What is the importance of studying Physics?

Physics is important because it helps us understand the fundamental nature of the universe. It improves the quality of life by providing quantitative and analytical skills in fields like engineering, medicine and science.

The document Introduction to Physical World - Notes | Study Physics Class 11 - NEET is a part of the NEET Course Physics Class 11.
All you need of NEET at this link: NEET
Attempt Now
Join Course