What are Pie Charts?

Pie Charts are the circular way of data representation. In these graphs, a circle is divided into various segments and each single segment denote a category from the given data. 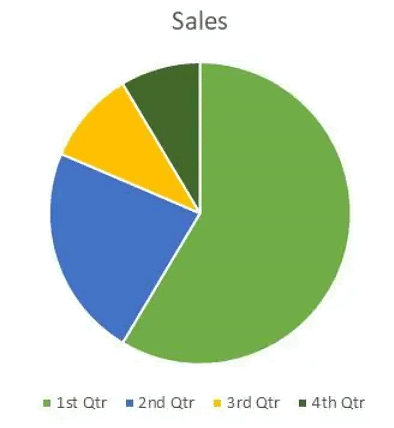 There are various kinds of pie graphs namely, 3D pie chart, doughnut chart, exploded pie chart, ring chart, etc. But in the exam, we will usually be given the basic pie chart which is given below. 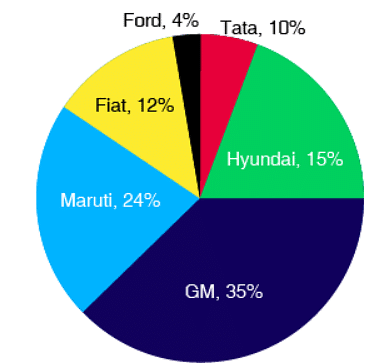 Use of a Pie Chart 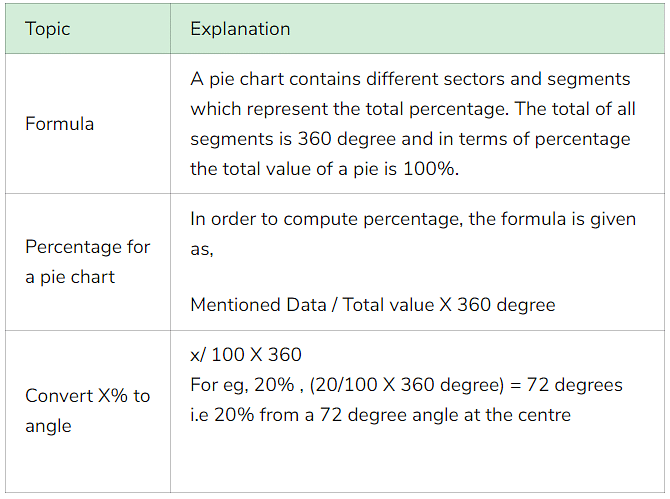 Example 1: The following pie chart shows the amount of subscriptions generated for Indian Bonds from different categories of Investors. 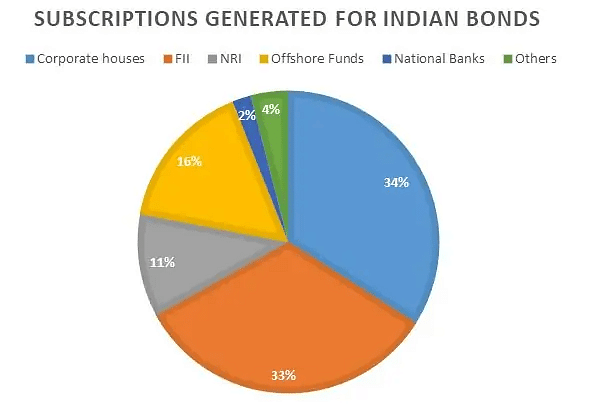 Question for Introduction & Examples (with Solutions): Pie Chart
Try yourself:If the total investment other than by FII and corporate houses is INR 335,000 crore, then the investment by NRI’s and offshore funds will be (approximately).
Explanation

(iii) What is the approximate ratio of investment flows into India Bonds from NRI’s to corporate houses?

Question for Introduction & Examples (with Solutions): Pie Chart
Try yourself:In corporate sector, approximately how many degrees should be there in the central angle?
Explanation

Question for Introduction & Examples (with Solutions): Pie Chart
Try yourself:If the flow from the FII’s after the doubling (of previous question) were to the tune of US$ 500 million, what would be the total investment into Indian Bond in US $’s?
Explanation

Example 2: Study the following diagram carefully and answer the questions: 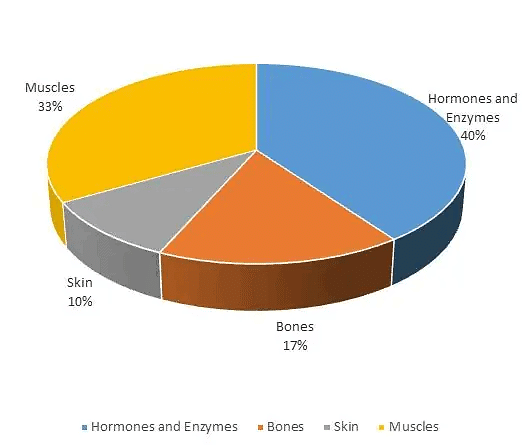 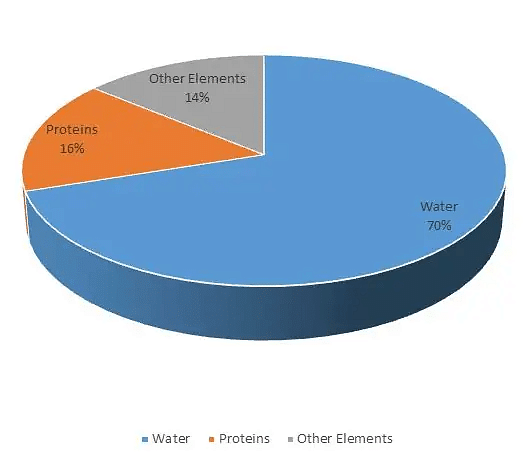 (i) What percent of the total weight of human body is equivalent to the weight of the proteins in skin in human body?

(ii) What will be the quantity of water in the body of a person weighing 50 kg?

Answer: Option BSolution: Water constitutes 70% of the body. Thus, if the man weighs 50 kg then 70% of it will be water. The weight of water will be 35 kgs.

Again, using both pie charts we know that 33% of body weight is constituted in muscles whereas 17% in bones and 16% of it will be protein.

(iv) To show the distribution of proteins and the other dry elements in the human body, the arc of the circle should subtend at the center an angle of;

Using the formula given in the example 1, Ans 5 we get,

(v)  In the human body, what part is made of neither bones nor skin?