The document Polytropic Process, Entropy Change and Spontaneity Class 11 Notes | EduRev is a part of the Class 11 Course Chemistry for JEE.
All you need of Class 11 at this link: Class 11

Second Law of ThermodynamicsStatement(I) : Second law of thermodynamics states that heat can never be converted into work with 100% efficiencyStatement(II) : No engine in this world can be constructed which operates in cycles and converts all the heat from source to work.Statement(III) : No refrigertator can be designed which operates in cycles and rejects heat from sink to source, perpetually (self - functioning).Entropy : Entropy is the direct measurment of randomness or disorderness. Entropy is an extensive property & it is a state function

Δng > 0(e) Heating of any substance

Classification of process Based on spontaneity 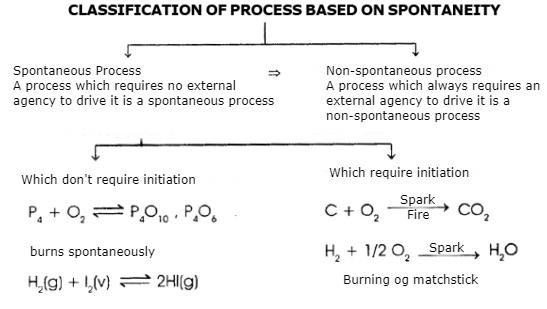 (A) General heating or cooling

If C is temperature independent

If C is a function of Temperature

(B) In phase transformation

For any chemical reaction

From Ist law of thermodynamics 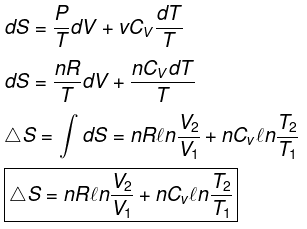 Calculation of entropy change during for adiabatic expansion of ideal gas.

Where K is constant