The document Power Sharing Class 10 Notes | EduRev is a part of Class 10 category.
All you need of Class 10 at this link: Class 10 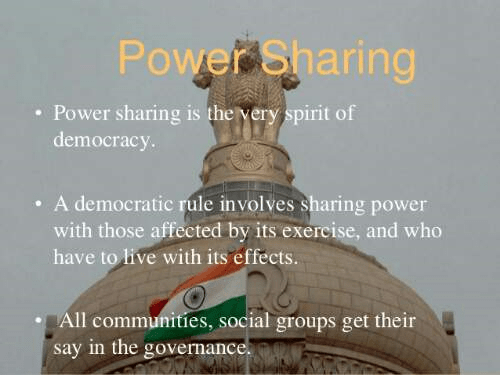 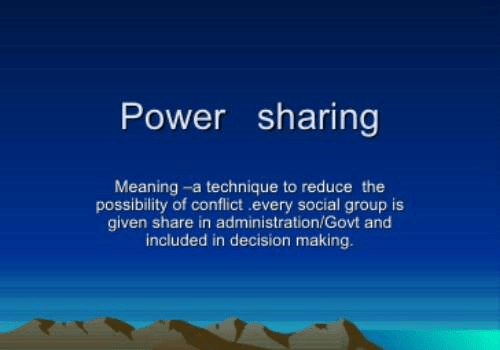 Power sharing is the very spirit of democracy. A democratic rule involves sharing power with those affected by its exercise, and who have to live with its effects. All communities, social groups get their say in the governance. People have a right to be consulted on how they are to be governed. A legitimate government is one where citizens acquire a stake in the system; through participation.
Power Sharing in India: 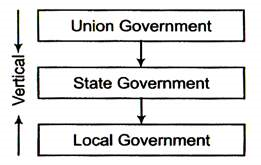 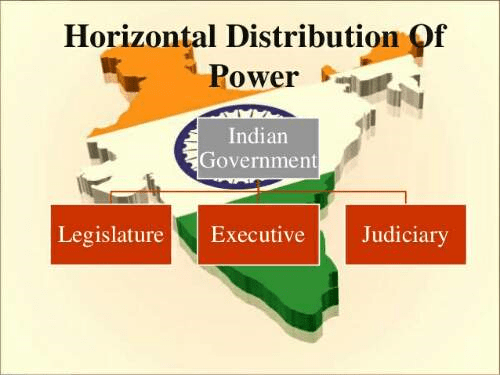 India is a democratic country. People of India elect their representative through direct franchise. After that, people’s representatives elect the government to make or amend rules & regulations and to carry out day to day functioning of governance.
One basic principle of democracy is that people are the source of all political power. In a democracy, people rule themselves through institutions of self-governance. In a good democratic government, due respect is given to diverse groups and views that exist in a society. Everyone has a voice in the shaping of public policies. Therefore, it follows that in a democracy political forms of power sharing should be distributed among as many citizens as possible.
Need of Power Sharing 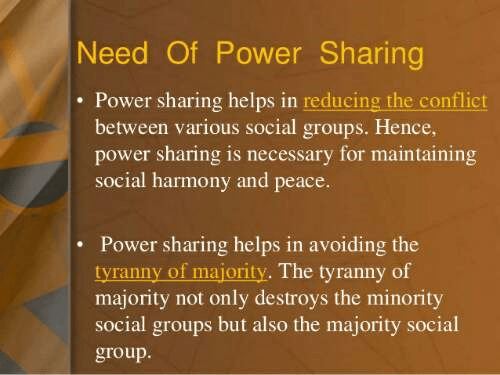 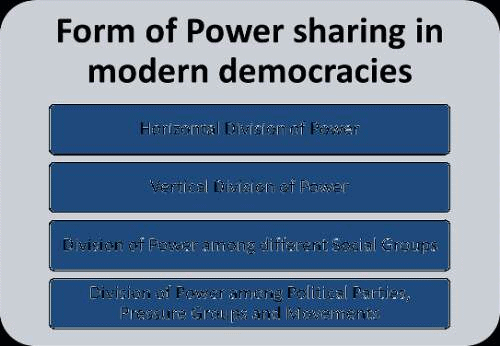 Power Sharing in Different Organs of Government:
Power is shared among different organs of government, such as the legislature, executive and judiciary. This type of distribution can be called the horizontal distribution of power. This type of power sharing allows different organs of government placed at the same level to exercise different powers.
Such a separation ensures that unlimited power is not vested in any organ of the government. This ensures a balance of power among various institutions. The executive enjoys official power but is answerable to the legislature. The legislature has the right to make or amend laws but it is answerable to the people. The judiciary is independent and ensures that the law of the land is obeyed by legislature and executive.
Power Sharing at Different Levels:
Power can be shared among governments at different levels. Usually a central government is responsible for the entire nation and state governments are responsible for different units of the federation. There is clear cut demarcation on subjects which come under the union government and those which come under the state government. However, there are some subjects which come under the concurrent list, i.e. both state and central governments exercise power on such subjects.
Power Sharing Among Social Groups:
Power may also be shared among different social groups. In a diverse country; like India; there are various social, linguistic and caste groups and power is shared among each group. For example; people from the minority communities, OBCs, and SC & ST are given reservation so that there could be adequate representation for them in the government machinery.
Power Sharing Among Various Pressure Groups:
Power sharing among various political parties is more apparent for most of the people. Usually the largest political party or the largest political coalition becomes the ruling party. The other parties form the opposition. While opposition is not in power, it is responsible for seeing to it that the ruling party functions as per the wishes of the people. Heads of various committees comes from various political parties; which is another way of sharing power among different political parties.
Pressure groups also get their share in power. For example; the trade unions, ASSOCHAM, students’ union, etc. get some power by certain mechanisms. Representatives of these associations become part of many decision making bodies and thus enjoy their share of power.
. 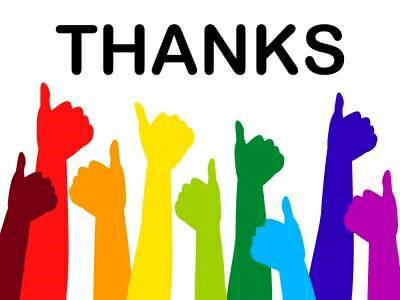