The document Previous year questions (2014-21): Work, Energy & Power Notes | Study Physics Class 11 - NEET is a part of the NEET Course Physics Class 11.
All you need of NEET at this link: NEET

Work done by variable force is 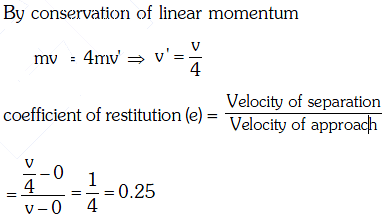 Q.9. A body initially at rest and sliding along a frictionless track from a height h (as shown in the figure) just completes a vertical circle of diameter AB = D. The height h is equal to    [2018] 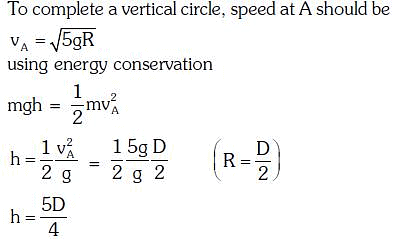 Q.10. The kinetic energies of a planet in an elliptical orbit about the Sun, at positions A, B and C are KA, KB and KC respectively. AC is the major axis and SB is perpendicular to AC at the position of the Sun S as shown in the figure. Then    [2018]

Q.13. A body of mass 1 kg begins to move under the action of a time dependent force 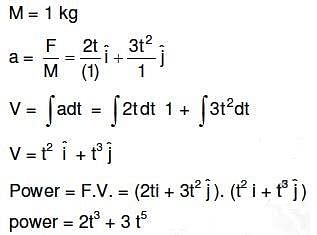 Q.14. Two particles of masses m1, m2 move with initial velocities u1 and u2. On collision, one of the particles get excited to higher level, after absorbing energy ε. If final velocities of particles be v1 and v2 then we must have :    [2015](a) 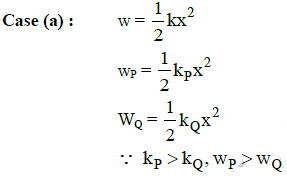 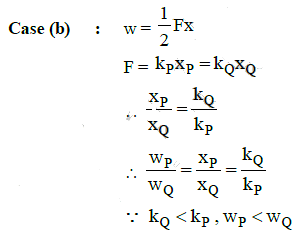 Q.16. A mass m moves in a circle on a smooth horizontal plane with velocity v0 at a radius R0. The mass is attached to a string which passes through a smooth hole in the plane as shown.

The tension in the string is increased gradually and finally m moves in a circle of radius R0/2. The final value of the kinetic energy is :    [2015](a)

When a mass moves in a circle of radius R0 with velocity v0, its kinetic energy is given by

the tension in the string is the same as the centripetal force.

where L = mRv is the angular momentum which is conserved.Work done in reducing the radius of the circle from R0 to R0/2 is

The document Previous year questions (2014-21): Work, Energy & Power Notes | Study Physics Class 11 - NEET is a part of the NEET Course Physics Class 11.
All you need of NEET at this link: NEET