What is Projectile Motion?

In a Projectile Motion, there are two simultaneous independent rectilinear motions:

Let us consider a ball projected at an angle θ with respect to the horizontal x-axis with the initial velocity u as shown below:

For finding different parameters related to projectile motion, we can make use of differential equations of motions: 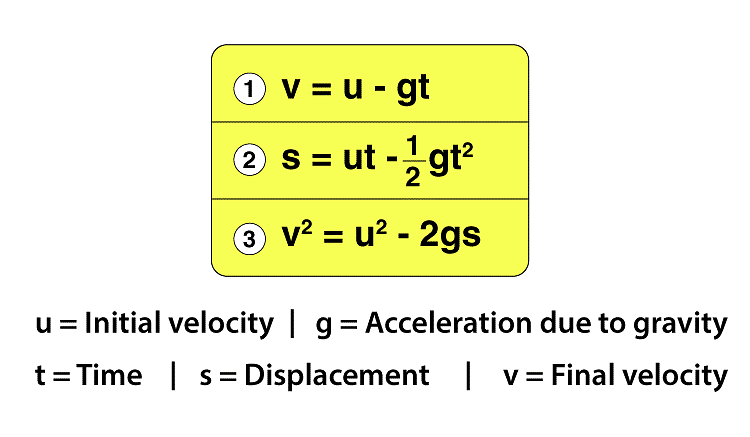 (a) The Equation of Trajectory

Equation of Trajectory If x and y are the coordinates of particle after time t:

From the equation (i) by putting the value of t, as a function of x, in equation (ii), we get:

Tip: Here, u, θ, x and y are four variables. If any three quantities, as mentioned, are known then the fourth quantity can be solved directly

(b) Total Time of Flight

The time taken by a projectile to return its initial elevation after projection is known as time of flight.

It is denoted by (T) and given by:

Question for Projectile Motion
Try yourself:In a normal projectile motion, what will be the condition for maximum height?
Explanation 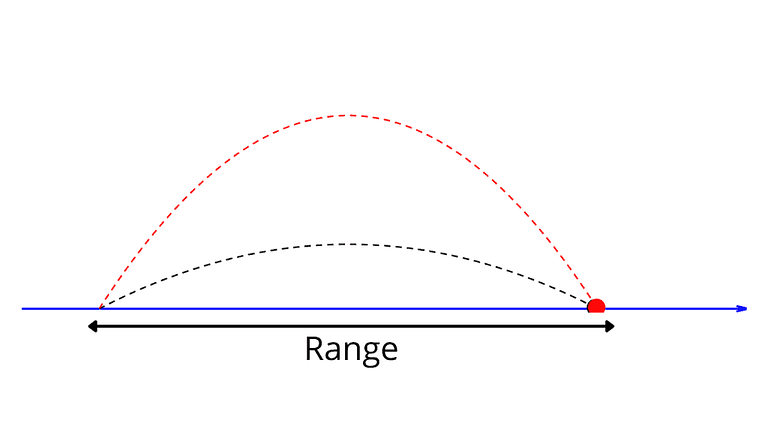 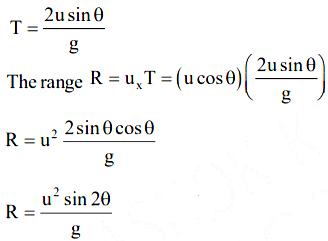 Therefore, in a projectile motion the Horizontal Range is given by (R):

Question for Projectile Motion
Try yourself:In a normal projectile motion, what will be the angle of the projectile to get the horizontal range minimum?
Explanation

Hence, the range covered will be 0, the minimum value it can achieve.

View Solution
Question for Projectile Motion
Try yourself: In a normal projectile motion, what will be the condition for maximum range?
Explanation

Q.1. An object of mass 2000 g covers a maximum vertical distance of 6 m when it is projected at an angle of 45° from the ground. Calculate the velocity with which it was thrown. Take g = 10 m/s2,

Solving the equation by substituting the values,

Q.2. A body is projected with a velocity of 20ms−1 at 50° to the horizontal plane. Find the time of flight of the projectile.

Now formula for time of flight is:

Therefore time of flight is 3.126 second.

Q.1. What is the concept of acceleration in horizontal and vertical projectile motion?

Q.2. What is the trajectory?