What is Refraction of Light?

The bending of a ray of light as it passes from one medium to another is called refraction.

It is due to a change in the velocity of light while travelling from one medium to another. 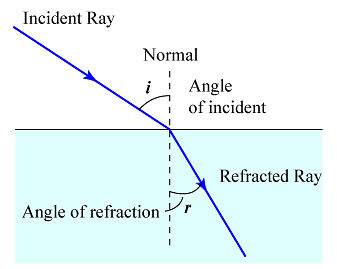 Why do stars twinkle?

Laws of Refraction of Light

Laws of refraction state that: 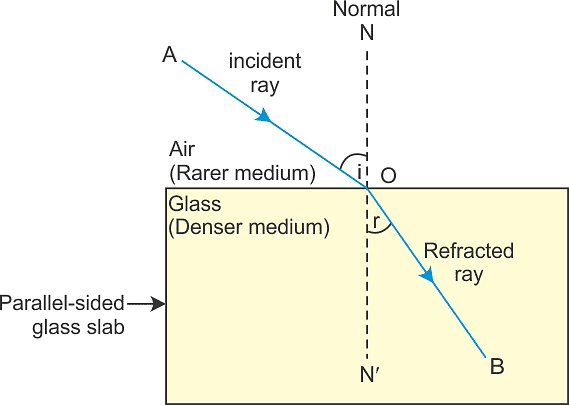 ⇒ ∠i > ∠rIn passing from rarer to a denser medium, the ray bends towards the normal. 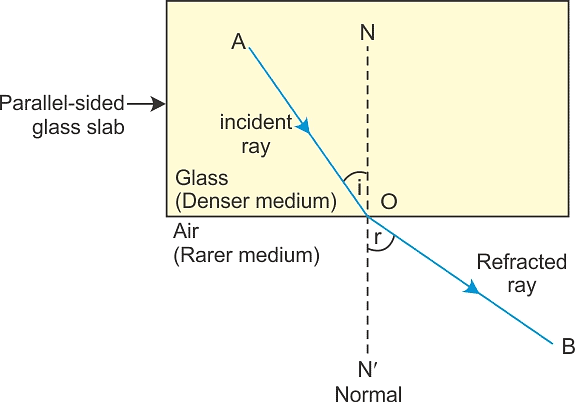 ⇒ ∠ i < ∠rIn passing from denser to rarer medium, the ray bends away from the normal.Refractive index depends on nature and density of medium and colour of light refractive index is maximum for violet and minimum for the red light.

When a ray of light enters from denser medium to rare medium it goes through refraction and bends away from normal.

What is Refractive Index?

Refractive index, also called the index of refraction describes how fast light travels through the material. 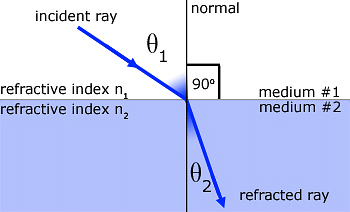 When light passes from one medium to the other, the refractive index of medium 2 relative to 1 is written as 1μ2  and is defined as μ21 or 1μ2 or 1m 2

Refraction of Light in Real Life

Applications of Refraction of Light

Refraction has many applications in optics and technology. A few of the prominent applications are listed below:

Spectacles worn by people with defective vision uses the principle of refraction. The glasses bend the light to such an extent that the image is formed directly on the retina giving them a clear vision.

What is Total Internal Reflection (TIR)?

Following are the two conditions of total internal reflection:

Some Illustrations of Total Internal Reflection 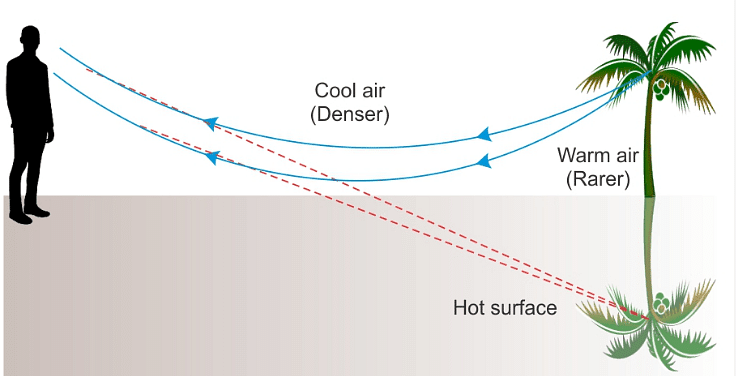 Q.1: What do you mean by the term refraction?

Ans: Refraction is the bending of light at the surface of separation, which takes when it passes from one optical medium to another optical medium with different optical densities.

Q.2: Does reflection also take place with the refraction?

Q.3: For which colour of white light, is the refractive index of glass the most?