What is Relative Motion Velocity?

The relative motion velocity refers to an object which is relative to some other object that might be stationary, moving with the same velocity, or moving slowly, moving with higher velocity or moving in the opposite direction. The wide concept of relative velocity can be very easily extended for motion along a straight line, to include motion in a plane or either in three dimensions. 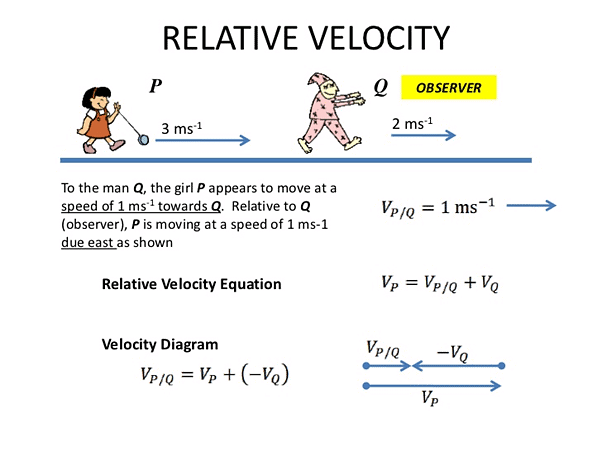 VelocityVelocity refers to a physical vector quantity which is described by both magnitude and direction. The magnitude or scalar absolute value of velocity is referred to as speed. As stated by the Pythagorean Theorem, the magnitude of the velocity vector is given by –| v | = v = √ ( vx ²+ vy ² )

Acceleration is the rate of change of velocity of an object with respect to time. Numerically or in terms of components, it can be presented as – 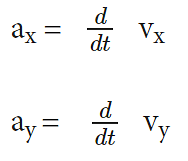 The document Relative Velocity in Two Dimensions Notes | Study Physics Class 11 - NEET is a part of the NEET Course Physics Class 11.
All you need of NEET at this link: NEET
Join Course