A report by Ministry of Statistics and Programme Implementation

 71 per cent of elderly population resides in villages while 29 per cent is in cities. 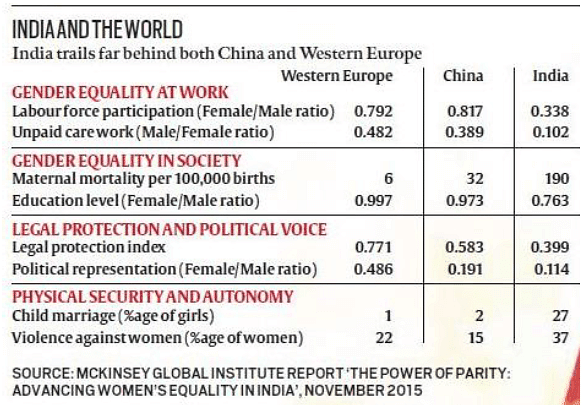  GII is a composite measure which captures the loss of achievement within a country due to gender inequality.

 It uses three dimensions to do so:

 To remedy the shortcomings of the previous indicators, the Gender Development Index (GDI) and the Gender Empowerment Measure (GEM).

 In the entire south Asia, only war-torn Afghanistan has a worse ranking than India.

 In India, merely 12.2 percent of the seats are held by women as against 27.6 percent in Afghanistan with a record of violations against women’s rights.

 In India work participation rate is at a dismal figure of 27 percent for women versus 79.9 percent for men.

The MPI assesses poverty at the individual level. 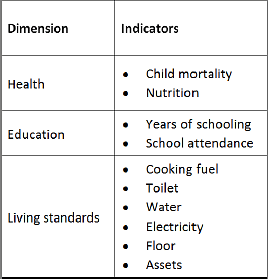 Who is MPI poor?

If someone is deprived in a third or more of ten (weighted) indicators, the global index identifies them as ‘MPI poor’, and the extent – or intensity - of their poverty is measured by the number of deprivations they are experiencing.

What is it?HDI is a composite statistic of used to rank countries into four tiers of human development.

 It is a summary measure for assessing long-term progress in three basic dimensions of human development - a long and healthy life, access to knowledge and a decent standard of living. 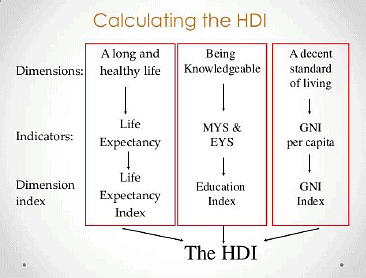 How is INDIA faring? India is ranked in the medium human development category. The country continued to rank low in the HDI, but has climbed five notches to the 130th rank in the latest UNDP report on account of rise in life expectancy and per capita income.