The earth’s radius is 6,370 km. As no one can reach the center of the earth, most of our knowledge about the interior of the earth is largely based on estimates and inferences. 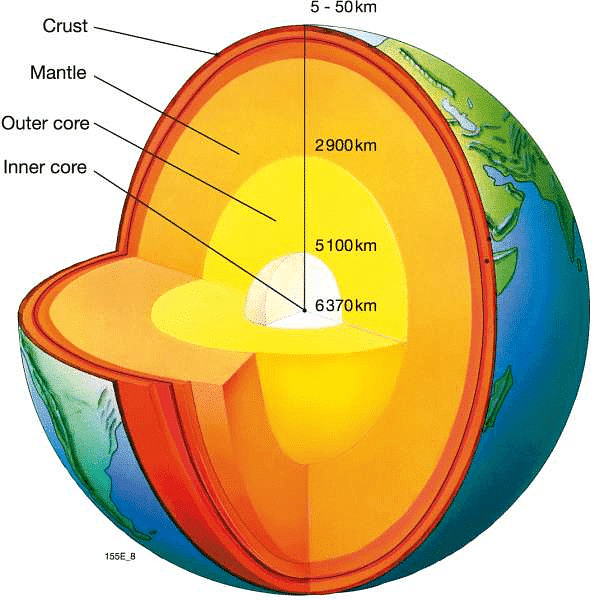 Sources of Information about The Interior 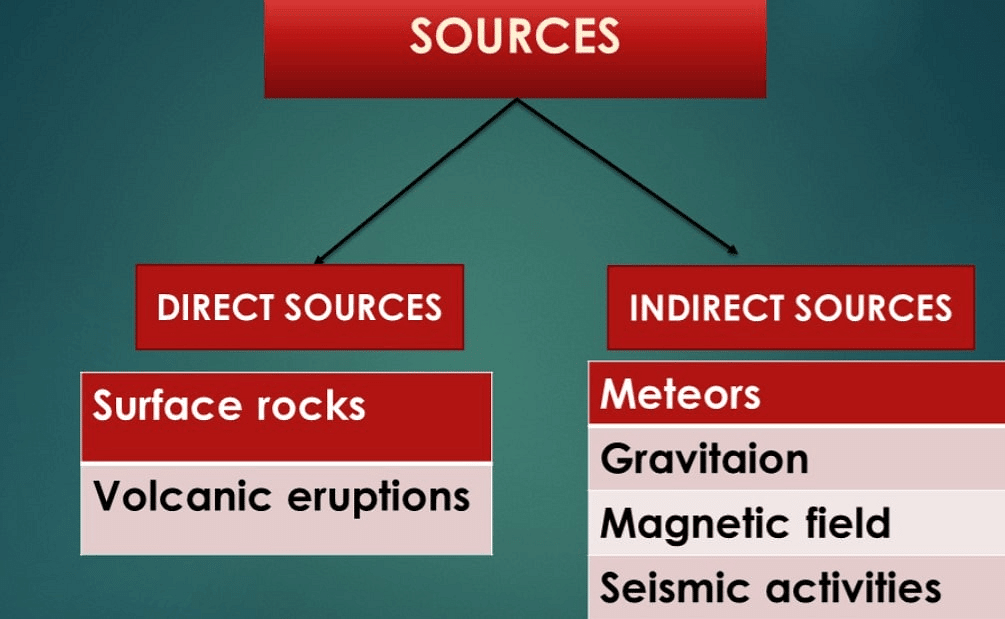 Indirect sources include meteors that at times reach the earth, gravitation, magnetic field, and seismic activity.

It is the shaking of the earth, natural event. It is caused due to release of energy which generates waves that travel to all directions. 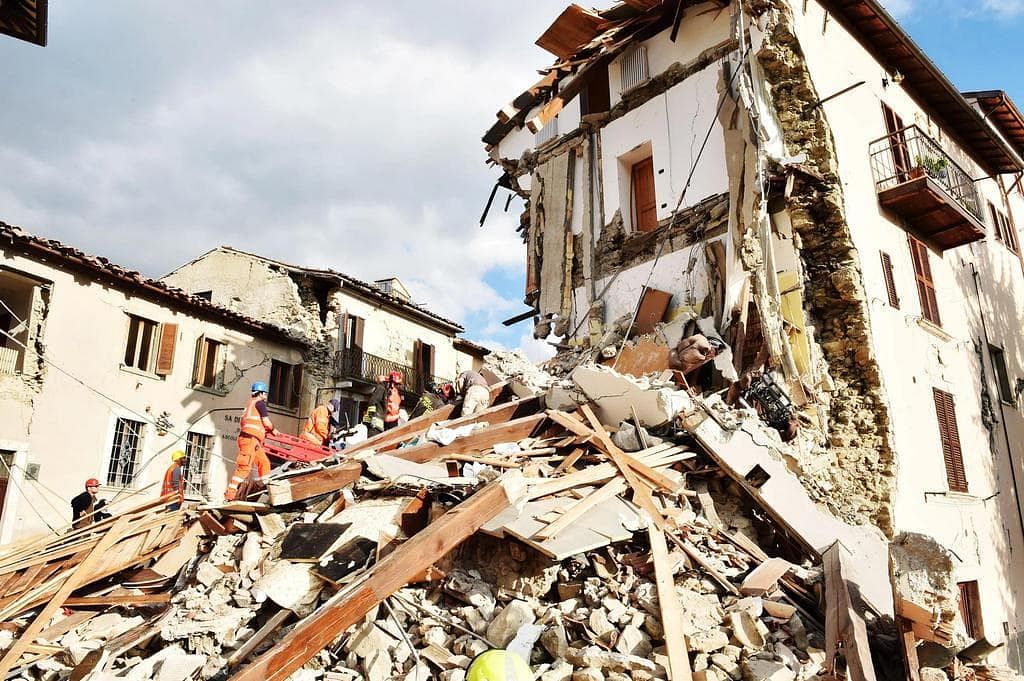 Try yourself:Which one of the following is a direct source of the information about the interior of the Earth?
Explanation

Seismic activity is one of the most important sources of information about the interior of the earth. Earth quakes generate different types of waves. The characteristics of the waves suggest properties of different layers of the earth.

View Solution
Why does the Earth Shake? 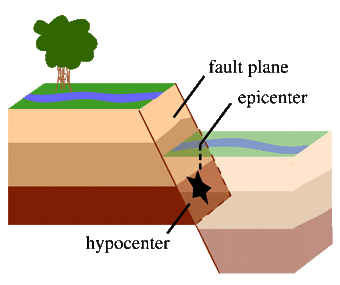 They are called P and S-waves.

P-waves: move faster and are the first to arrive at the surface. These are also called ‘primary waves’.

S-waves: arrive at the surface with some time lag. These are called secondary waves.

The Emergence of Shadow Zone

Earthquake is a natural hazard. The following are the immediate hazardous effects of earthquake:

Structure of the Earth 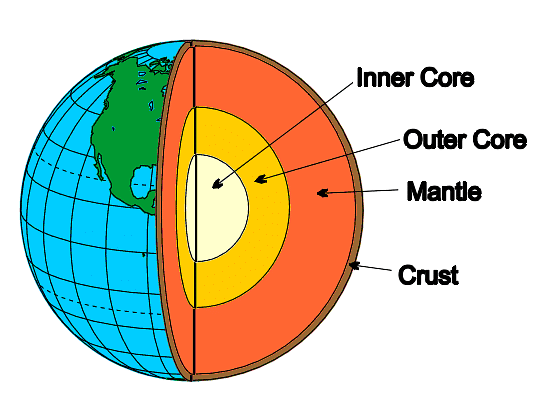 The Core
Try yourself:The innermost layer of the earth is?
Explanation

The innermost layer of the earth is known as the core. It is divided into inner core and outer core. It comprises of a high concentration of nickel and iron.

A volcano is a place where gases, ashes, and/or molten rock material – lava – escape to the ground.

Barring the basalt flows, the shield volcanoes are the largest of all the volcanoes on the earth.

The lava that cools within the crustal portions assumes different forms. These forms are called intrusive forms.BatholithsLacolithsLapolith, Phacolith, and SillsDykes

Q.1. What are the effects of propagation of earthquake waves on the rock mass through which they travel?

Ans: Earthquake waves are basically of two types: Body waves and surface waves. Body waves are generated due to the r elease of energy at the focus and move in all directions travelling through the body of the earth. Therefore these are called body weaves. The body wraves interact with the surface rocks and generate new set of waves called surface waves. These waves move along the surface. The velocity of waves changes as they travel through materials with different densities. The denser the material, the higher is the velocity. The direction of vibrations of S-waves is perpendicular to the wave direction in the vertical plane. Hence, they create troughs and crests in the material through which they pass. Surface waves are considered to be the most damaging waves.

Batholiths: A large body of magmatic material that cools in the deeper depth of the crust develops in the form of large

domes. Batholiths are the cooled portion of magma chambers.

Lacoliths: These are large dome-shaped intrusive bodies with a level base and connected by a pipe-like conduit from below. It resembles the surface volcanic domes of composite volcano, only these are located at deeper depths.

Lapolith: As and when the lava moves upwards, a portion of the same may tend to move in a horizontal direction wherever it finds a weak plane. It may get rested in different forms. In case it develops into a saucer shape, concave to the sky body, it is called lapolith.

Phaeolith: A wavy mass of intrusive rocks, at times, is found at the base of synclines or at the top of anticline in folded igneous country. Such wavy materials have a definite conduit to source beneath in the form of magma chambers (subsequently developed as batholiths). These are called the phacoliths.

Dykes: When the lava makes its way through cracks and the fissures developed in the land, it solidifies almost perpendicular to the ground. It gets cooled in the same position to develop a wall-like structure. Such structures are called dykes.