The document Sexual Reproduction in Flowering Plants [NEET] Notes | EduRev is a part of the NEET Course Biology Class 12.
All you need of NEET at this link: NEET 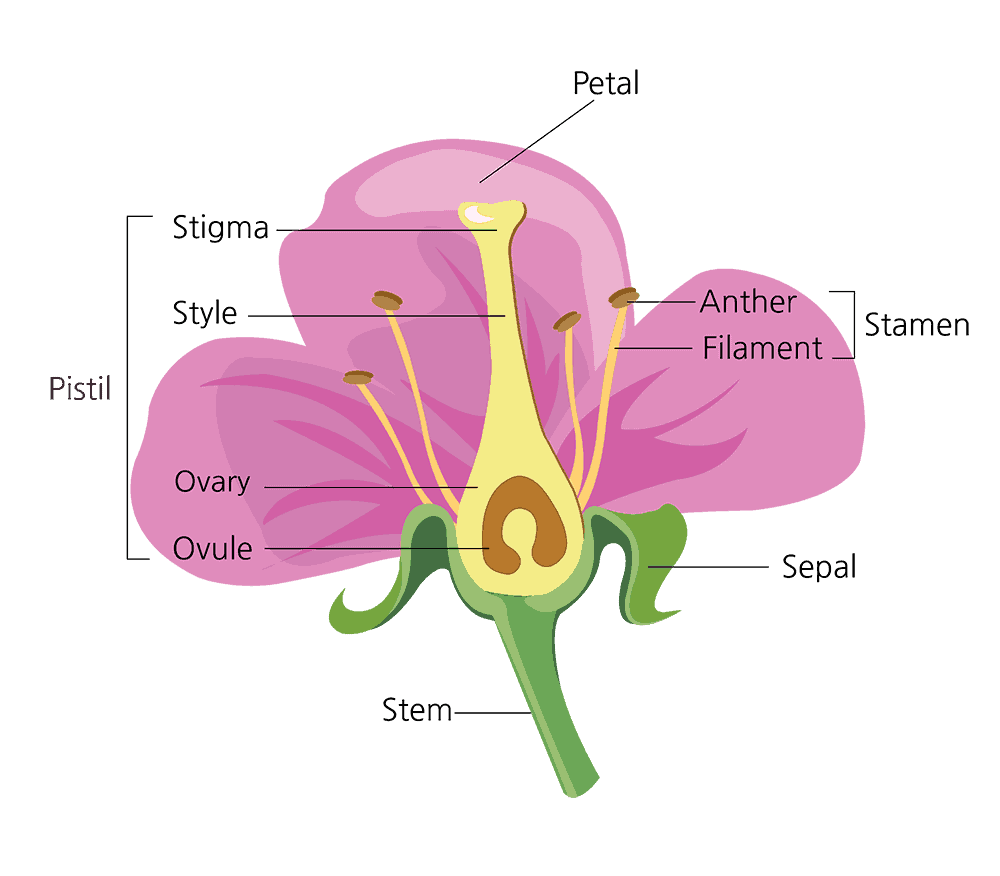 Structure of a FlowerA flower comprises the following parts-Calyx: It is the outermost whorl of a flower. It comprises units called sepals. In the bud stage, calyx encloses the rest of the flower. They usually exhibit green colouration, at some other instances, they may be a colour like petals. This state of Calyx is termed as petaloid. Calyx can either be prominent or absent.Corolla: It consists of many numbers of petals and it is the second whorl of the flower. These petals are sometimes fragrant. They are coloured, thin and soft that would help in the process of pollination as they would attract animals and insects.

Reproductive Structure of a Flower

It is the male reproductive part of a flower, comprising stamens and it is the third whorl. Each stamen comprises two parts, namely, anther and filament. The tip of the anther is supported by the filament. Here pollens are produced by meiosis and disappear eventually.

The transverse section of an anther is microsporangia that further forms a pollen sac. The pollen sac contains pollen grains.Microsporangia and Microsporogenesis

Microsporogenesis involves the formation of microspores from microspore mother cells by meiotic division.The structure of anther: The anther is the breeding part of stamens. Each anther is connected by two lobes. Each anther lobe comprises two pollen chambers located longitudinally. The microsporangium is sufficiently supplied with a number of pollen microspores.

It is the female reproductive organ and the last whorl of the flower. It is composed of pistil and occupies the central position of the thalamus. The stigma, style, and ovary are the components of the pistil. The ovary produces ovules internally. Through meiosis, ovules produce megaspores which in turn develops into female gametophytes. As a result, egg cells are produced.

Pistil- Each pistil has three parts:

Pollination is an ecological process carried out by all flowering plants. In this process, the matured pollen grains are transferred from the anther to the stigma for the purpose of sexual reproduction in flowering plants.There are two types of pollination: 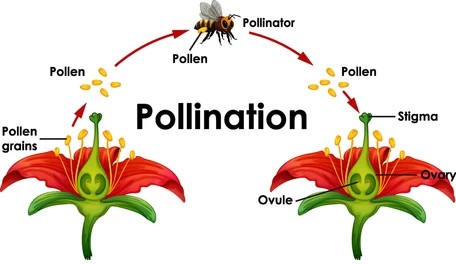 After pollination, the pollens are transferred to the ovary through the pollen tube. After reaching the ovary, one of the male gametes mates with the ovule, or the female gamete (fertilization) and the other joins with the polar nuclei. The gamete uniting with the eggs results in the production of a zygote, that gradually develops to be an embryo. The second gamete that unites with the polar nuclei results in the formation of endosperm nucleus. It supplies nourishment to the embryo. The fertilization ultimately turns ovules into seeds while the ovary develops into the fruit. 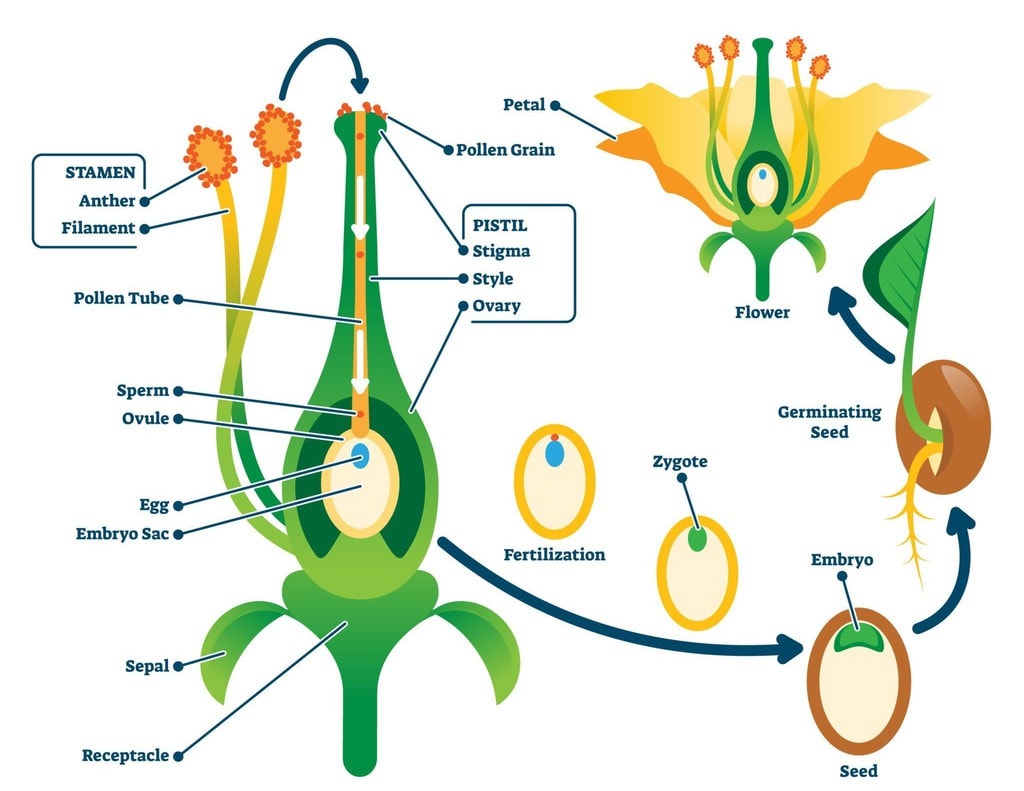 Functions of a Flower