The document Short & Long Answer Question: Classification of Elements & Periodicity in Properties, JEE Notes | EduRev is a part of the JEE Course Chemistry for JEE.
All you need of JEE at this link: JEE

Q.1 Why is atomic number a better basis for classification of the elements than atomic mass?

Q.2 Why do elements in a group show similar chemical properties?

Answer: In a group, all the elements present have the same valence shell electronic configuration of their atoms. Therefore, the elements belonging to the same group show similar chemical properties.

Q.3 Third period has eight and not eighteen elements. Explain.

Q.4 Hydrogen is regarded as a rogue element in the periodic table. Discuss.

Answer: Hydrogen is regarded as a rogue element in the periodic table because till today its position is not satisfactory. Although it has been placed on the top of alkali metals on the basis of electronic con-figuration, but it is a non-metal and also resembles halogens of group 17 in many characteristics.

Q.5 Why are there fourteen elements in the lanthanoid series? 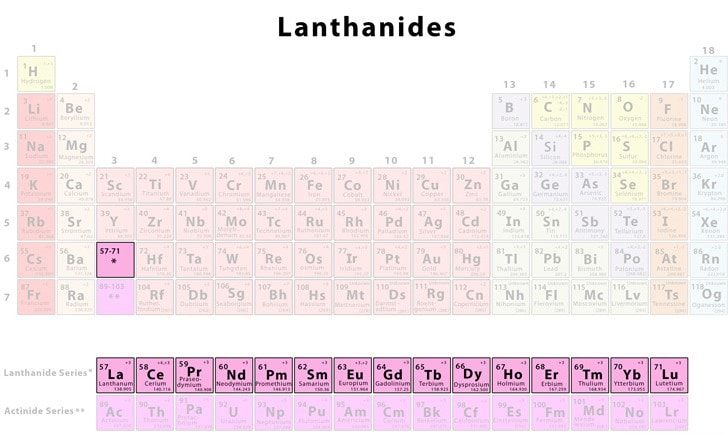 Answer: The ΔiH1 of Al is expected to be more than that of Mg because of smaller size and greater nuclear charge. But actually it is less since the electronic configuration of Mg is more symmetrical than that of Al. For details, consult Section 3.15.

Q.7 Ne and Na+ ions are isoelectronic species. Do they have same ionization enthalpies also?

Q.8 The valence of representative elements is either equal to the number of valence electrons or eight minus this number. Explain.

Q.9 Why isΔiH2 value of an element more than its ΔiH1 value?

Answer: ΔiH1 value is the energy needed to remove first electron from the gaseous atom. With the loss of the electron, the hold of the nucleus on the remaining electrons increases. Therefore, greater energy is needed to remove the second electron from the gaseous atom. The  ΔiH2 value of an element is always more than its ΔiH1 value. For detail, consult text part.

Q.10 Chlorine can be converted into chloride ion more easily as compared to fluoride ion from fluorine. Explain.

Answer: The negative electron gain enthalpy of chlorine (ΔegH=−349kJmol−1)  is more than that of fluorine (ΔegH=−328kJmol−1). This means that an atom of chlorine has a greater attraction for the outside electron than in case of fluorine. Therefore, chlorine can be converted to chloride ion more readily as compared to fluorine forming fluoride ion.

Q.11 Alkali metals do not form dipositive ions. Why?

Answer: The general, electronic configuration of the alkali metals is ns1 (n is valence shell). By losing the valence electron, they acquire the configuration of the nearest noble gas element and therefore, have no urge or tendency to lose another electron to form dipositive ion.

Q.12 Among the elements K, Mg, C and N which would show the maximum difference in the first and second ionization enthalpies.

Answer: The electronic configurations of the elements are:

The element K is expected to show the maximum difference in ΔiH1 and ΔiH2  values. Actually, when its atom loses one electron; the cation left has the noble gas configuration. The removal of the second electron from the ion requires very high ionization enthalpy (ΔiH2).

Q.14 The element 119 has not been discovered. What could be the IUPAC name and symbol for this element? On the basis of the periodic table, predict the electronic configuration of this element and also the formula of its most stable chloride and oxide.

Q.15 Why has the zero group been placed at the extreme right of the periodic table?

Answer: E.C. of C-atom is 1s22s22p2 and E.C. of B-atom is 1s22s22p1. The first electron to be removed in both cases is from a 2p-orbital but nuclear charge of C is more than that of B. Therefore, the ΔiH1 of C is greater than that of B. After the removal of first electron, the second electron to be removed from C-atom is from a 2p-orbital whereas that from B-atom is from a 2s orbital. Since a s-orbital is more penetrating and hence is more strongly attracted by the nucleus than a p-orbital, therefore, ΔiH2 of B is higher than that of C.

Q.17 Which of the elements Na, Mg, Si and P would have the greatest difference between the first and the second ionization enthalpies. Briefly explain your answer.

Answer: Among Na, Mg, Si and P, Na is an alkali metal. It has only one electron in the valence shell, therefore, its ΔiH1 is very low. However, after removal of one electron, it acquires neon gas configuration, i.e., Na+(1s22s22p6). Therefore, its ΔiH2 is expected to be very high. Consequently, the difference in first and second ionization enthalpies would be greatest in case of Na. However, it may be noted here that in case of Mg, Si and P, although theirΔiH1 will be much higher than that of Na but their ΔiH2 will be much lower than that of Na. As a result, the difference in their respectiveΔiH1 and ΔiH2 would be much lower than that of Na.