The document Short & long Answer Question: Coordination Compounds- 1 Class 12 Notes | EduRev is a part of the Class 12 Course Chemistry Class 12.
All you need of Class 12 at this link: Class 12

Q1. Ammonia has a higher boiling point than phosphine. Why?

Q2. Why does PCl3 fume in moisture?

Ans. In the presence of (H2O), PCl3 undergoes hydrolysis giving fumes of HCl.

Q3. What Happens when H3PO3 is Heated?

Ans. It disproportionate to give orthophosphoric acid and Phosphine.

Ans. The S---H bond is weaker than O---H bond because the size of S atom is bigger than

that of O atom. Hence H2S can dissociate to give H+ Ions in aqueous solution. 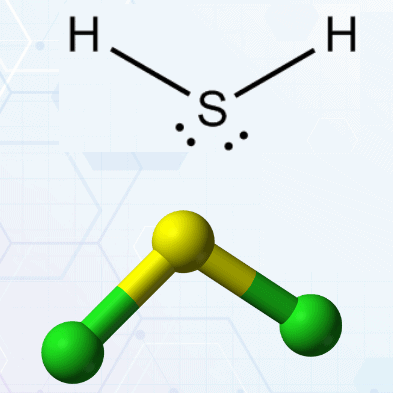 Q5. Name two poisonous gases which can be prepared from chlorine gas?

Q6. Name the halogen which does not exhibit positive oxidation state.

Ans. Flourine being the most electronegative element does not show positive oxidation

Ans. Due to the availability of vacant d-orbital in p.

Ans. This is because HF does not attack wax but reacts with glass. It dissolves SiO2

Q10. What is laughing gas? Why is it so called? How is it prepared?

Ans. Nitrous oxide (N2O) is called laughing gas, because when inhaled it produced

hysterical laughter. It is prepared by gently heating ammonium nitrate.

Q11. Give reasons for the following:

i. Conc.HNO3 turns yellow on exposure to sunlight.

ii. PCl5 behaves as an ionic species in solid state.

Ans. i. Conc HNO3 decompose to NO2 which is brown in colour & NO2 dissolves in HNO3

Q12. What happens when white P is heated with conc. NaOH solution in an atmosphere of CO2? Give equation.

Ans. Phosphorus gas will be formed.

Q13. How is ozone estimated quantitatively?

Ans. When ozone reacts with an excess of potassium iodide solution Buffered with a

borate buffer (pH9.2), Iodide is liberated which can be titrated against a standard

solution of sodium thiosulphate. This is a quantitative method for estimating O3 gas.

Q14. Are all the five bonds in PCl5 molecule equivalent? Justify your answer.

Ans. PCl5 has a trigonal bipyramidal structure and the three equatorial P-Cl bonds are

equivalent, while the two axial bonds are different and longer than equatorial bonds.

Q15. NO2 is coloured and readily dimerises. Why?

Ans. NO2 contains odd number of valence electrons.It behaves as a typical odd

molecules. On dimerization, it is converted to stable N2O4 molecule with even number of

electrons.Q16. Write the balanced chemical equation for the reaction of Cl2 with hot and concentrated NaOH. Is this reaction a dispropotionation reaction? Justify: Ans. 3Cl2 + 6NaOH → 5NaCl+NaClO3+3H2OYes, chlorine from zero oxidation state is changed to -1 and +5 oxidation states.Q17. Account for the following. i. SF6 is less reactive than. ii. Of the noble gases only xenon chemical compounds. Ans. i. In SF6 there is less repulsion between F atoms than In SF4 . ii. Xe has low ionisation enthalpy & high polarising power due to larger atomic size.Q18. With what neutral molecule is ClO-Isoelectronic? Is that molecule a Lewis base? Ans. CiF. Yes, it is Lewis base due to presence of lone pair of electron.

iii. Why is ICl moe reactive than I2?

Ans. i. It is not soluble in blood even under high pressure.

ii. Being monoatomic they have weak dispersion forces.

ii. When HCL reacts with finely powdered iron, it forms ferrous chloride and not ferric chloride. Why?

Ans. i. Partial hydrolysis of XeOF4

iii. HF is much less volatile than HCl.

v. Ammonia is a stronger base than phosphine.

in the antibonding pi *orbitals like O2 and, hence, exhibit paramagnetism.

explosure to air, it spontaneously catches fire forming P4O10 . Therefore to protect it

from air, it is kept under water.

v. Due to the smaller size of N, lone pair of electrons is readily available.Q.2  When Conc. H2SO4 was added to an unknown salt present in a test tube, a brown gas

(A) was evolved. This gas intensified when copper turnings were added in to test

tube. On cooling gas (A) changed in to a colourless gas (B).

b. Write the equations for the reactions involved

Colourless (B)Q.3  Arrange the following in the increasing order of the property mentioned.