What is a Solution?

Note: Physical state of solvent and solution is same.

Similarly, it is called ternary and quaternary if it is composed of three and four components, respectively.Thus; a solution may be regarded as a single-phase containing more than one component.

Try yourself:Which of the following is a binary solution
Explanation

A solution in which relatively a small amount of solute is dissolved in a large amount of solvent is called a dilute solution.

A solution in which relatively a large amount of the solute is present is called a concentrated solution. 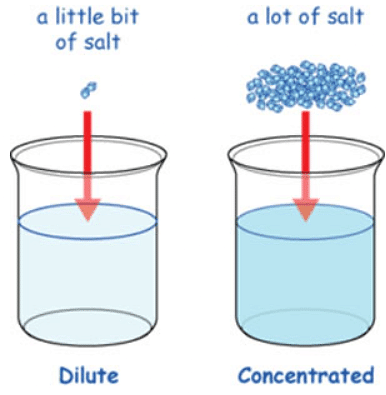 Properties of a Solution 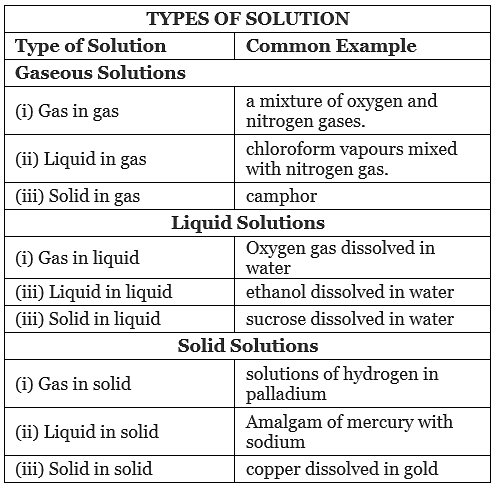 In a solution, components may be solid, liquid or gas.

Solutions in which solvent is present is a gaseous state is called Gaseous solution.

Gaseous solutions can be divided into following three types on the basis of phases of solute and solvent;

Solutions, in which solvent is present in a liquid state, are called Liquid solutions.

Liquid solutions can be classified into the following three types: 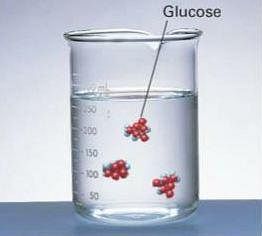 Glucose in water
Try yourself:What type of solution is formed when oil and water is mixed
Explanation

Solutions having solvent in the solid-state, are called solid solutions.

The solid solution can be divided into the following three categories: 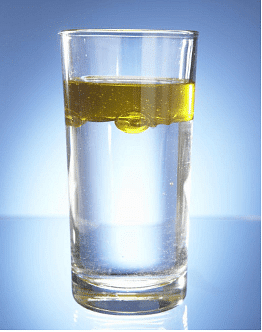 Q1. What are the components of solution?

Q3. Is coffee a mixture?Ans: Coffee is a solution, not a compound or mixture, as it includes a solute that dissolves into a solvent. At times, coffee can also be considered a mixture since it involves two mixed substances, but this is too vague.

Q4. Is chocolate a mixture?Ans: Chocolate is a solid mixture. In its basic form it is composed of cacao powder, cocoa butter, and some type of sweetener such as sugar; however, modern chocolate includes milk solids, any added flavors, modifiers, and preservatives.

Q5. Are eggs a mixture?Ans: An egg is neither a pure substance nor a mixture. If you crack open an egg, you see eggshells, egg whites, and egg yolks. This means that even macroscopically, an egg is not a mixture, it is an unmixed combination of egg shell, egg white, and egg yolk.