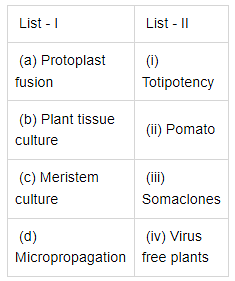 It is possible to induce mutations artificially through use of chemicals or radiations (like gamma radiations), and selecting and using the plants that have the desirable character as a source in breeding – this process is called mutation breeding.Q.3. Which of the following is not an objective of Biofortification in crops?     (2021)(a) Improve vitamin content (b) Improve micronutrient and mineral content(c) Improve protein content(d) Improve resistance to diseases Ans. (d)

(iv) Micronutrient and mineral content.Q.4. Which of the following is not a step in Multiple Ovulation Embryo Transfer Technology (MOET)?     (2021)(a) Cow is fertilized by artificial insemination(b) Fertilized eggs are transferred to surrogate mothers at 8-32 cell stage(c) Cow is administered hormone having LH like activity for super ovulation(d) Cow yields about 6-8 eggs at a timeAns. (c)

Q.5. By which method was a new breed ‘Hisardale’ of sheep formed by using Bikaneri ewes and Marino rams ?     (2020)(a) Cross breeding(b) Inbreeding(c) Out crossing(d) Mutational breedingAns. (a)Cross-breeding is the process where the breeding between the two individuals of different species takes place.“Hisardale" is a new breed of sheep developed by crossing Bikaneri ewes and Marino rams in Punjab.

Q.6. Select the incorrect statement.    (2019)(a) Inbreeding helps in accumulation of superior genes and elimination of undesirable genes.(b) Inbreeding increases homozygosity.(c) Inbreeding is essential to evolve purclines, in any animal.(d) Inbreeding selects harmful recessive gene that reduce fertility and productivity.Ans: (d)Inbreeding strategies allow the desirable qualities of more closely related individuals to be continued within the same breed for 4-6 generations. It increases homozygosity and thus, is necessary for evolving a pureline. Inbreeding exposes harmful recessive genes that are eliminated by selection. It also helps in accumulation of superior genes and elimination of less desirable genes. Therefore, this approach where there is selection at each step, increases the productivity of inbred population. However, continued inbreeding, especially close inbreeding usually leads to reduce fertility and even productivity. This is called inbreeding depression.Q.7. Mad cow disease in cattle is caused by an organism which has :    (2019)(a) Inert crystalline structure(b) Abnormally folded protein(c) Free RNA without protein coat(d) Free DNA without protein coatAns: (b)Q.8. Homozygous purelines in cattle can be obtained by    (2017)(a) Mating of unrelated individuals of same breed(b) Mating of individuals of different breed(c) Mating of individuals of different species(d) Mating of related individuals of same breedAns: (d)When breeding is between animals of the same breed for 4-6 generation, it is called inbreeding. Inbreeding, as a rule, increases homozygosity. Thus, inbreeding is necessary if we want to obtain a pureline in any animal.Q.9. A true breeding plant is    (2016)(a) One that is able to breed on its own(b) Produced due to cross-pollination among unrelated plants(c) Near homozygous and produces offspring of its own kind(d) Always homozygous recessive in its genetic constitutionAns: (c)Q.10. Interspecific hybridisation is the mating of    (2016)(a) Animals within same breed without having common ancestors(b) Two different related species(c) Superior males and females of different breeds(d) More closely related individuals within same breed for 4-6 generations.Ans: (b)In interspecific hybridisation, a species is mated with a different related species of the same genus. 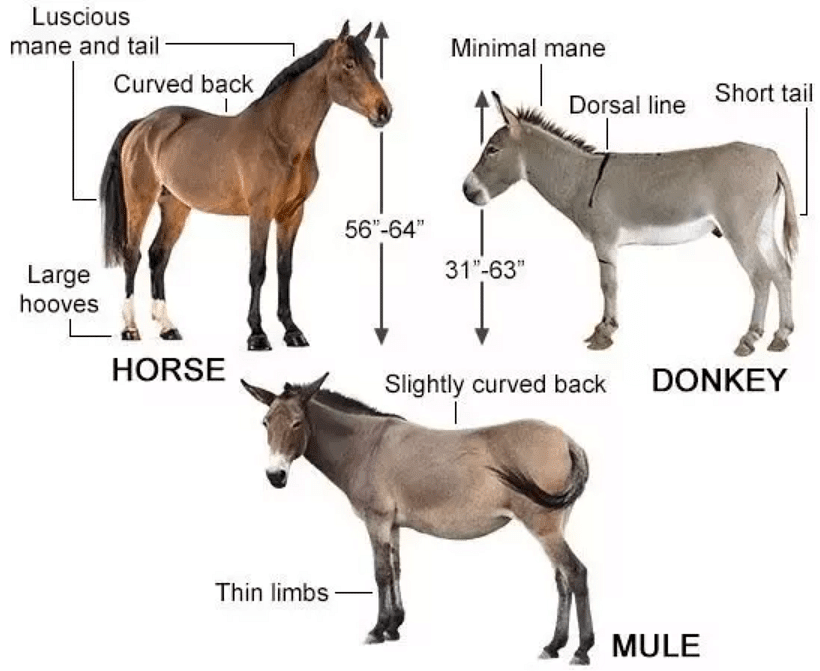 The document NEET Previous Year Questions (2016-21): Strategies for Enhancement in Food Production Notes | Study Biology Class 12 - NEET is a part of the NEET Course Biology Class 12.
All you need of NEET at this link: NEET
Join Course