The document Summary - Chapter 3 - The Letter, Class 10, English | EduRev Notes is a part of the Class 10 Course Literature Reader Class 10.
All you need of Class 10 at this link: Class 10 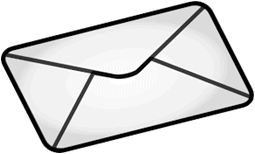 Coachman Ali is very old and sick and has been regularly visiting the post office for the last five years. Unfavorable weather and failing health don’t deter him. He religiously visits the post office every day in the hope of receiving a letter from his daughter Miriam, his only child, who had got married to a soldier and left him. Getting a letter from  Miriam becomes the most important mission for him and every day Ali is the first one to arrive and the last one to leave, but no letter ever comes for him. Every day he goes back dejected and empty-handed. Everyone at the post office considers him mad and derives pleasure in tormenting him.

Coachman Ali had been a famous shikari and a crack shot in his yester-years. When Miriam left him and did not respond, he realised the pain of suffering and separation. So he gave up hunting altogether. One day Ali is in the very bad physical condition and reaches the post office with great effort. This makes him impatient and an argument takes place with the postmaster.

The postmaster has his own preoccupations, he becomes irritated and calls Ali ‘a pest’. Ali is humiliated, crestfallen but not bereft of hope. While leaving, Ali gives five guineas to Laxmi Das, the clerk, and extracts a promise from him that he will deliver Miriam’s letter to his grave. Ali’s prediction proves true and he is not seen for some time.

By a strange quirk of fate, the postmaster finds himself in a similar situation. His daughter is ill in another town and he has no information about her condition. He is eagerly waiting for his daughter’s letter, when he chances upon Miriam’s letter for her father. Since the postman is also suffering the pain of separation, he understands the value of a child’s letter for the father. Next morning he delivers the letter personally to Ali. He is later shocked to discover that Ali has been dead for the past three months. Laxmi Das, the clerk, recounts his last meeting with Ali and their suspicions are further confirmed to see Miriam’s letter lying near the door. To compensate for their bad treatment, both the postmaster and Laxmi Das visit Ali’s grave and place the letter on it.

This proves to be a very traumatic experience for the postmaster. He realises that letters are not just envelopes and postcards, but they have great human worth. The newly awakened father’s heart curses him for mistreating Ali. His only fate is now to wait for his daughter’s letter and spend another night in restless anxiety.