The document Summary: Sexual Reproduction in Flowering Plants Notes | Study Biology Class 12 - NEET is a part of the NEET Course Biology Class 12.
All you need of NEET at this link: NEET

The flower is a modified stem which functions as a reproductive organ and produces ova and/or pollen.

Structure of the Flower

The flower is commonly borne on a short or long stalk called the pedicel. It has an upper swollen region known as a receptacle (thalamus or torus). 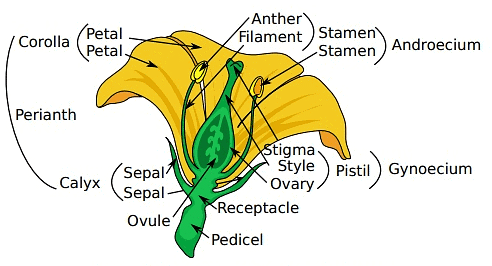 Parts of a Flower

A typical angiospermic flower consists of four whorls of floral appendages attached to the receptacle: calyx, corolla, androecium and gynoecium.

Functions of a Flower

The process of the formation and differentiation of microspores (pollen grains) from microspore mother cells (MMC) by reductional division is called Microsporogenesis.

Microsporogenesis is well studied under the following heads:

Development of Anther and Formation of Microspores (Pollen grains)

The process of formation of megaspore from megaspore mother cell by meiotic division is known as megasporogenesis. This process takes place in the ovule. 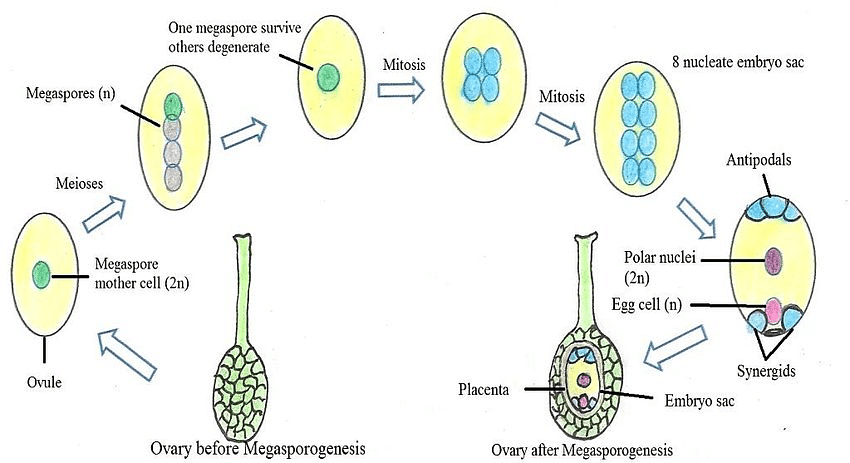 The process of development of female gametophyte or embryo sac from megaspore is called megagametogenesis. 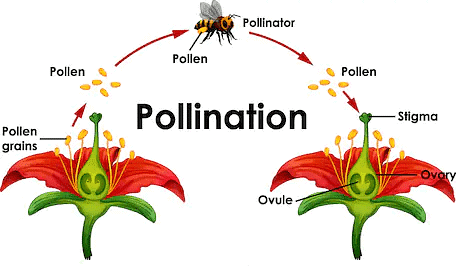 The fusion of two dissimilar sexual reproductive units (gametes) is called fertilization. This process was discovered by Strasburger (1884). 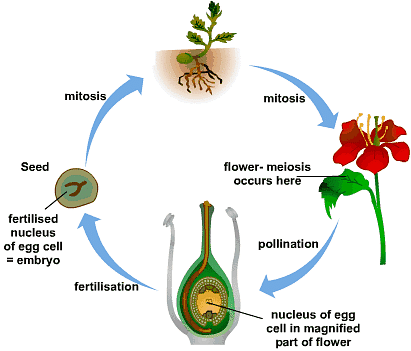 Germination of Pollen Grain on Stigma and Growth of Pollen Tube

Entry of Pollen Tube into Ovule

After reaching the ovary, the pollen tube enters the ovule.Pollen tube may enter the ovule by any one of the following routes:

Post fertilisation events include endosperm and embryo development, maturation of ovules into seeds and ovary into fruits.

The document Summary: Sexual Reproduction in Flowering Plants Notes | Study Biology Class 12 - NEET is a part of the NEET Course Biology Class 12.
All you need of NEET at this link: NEET