The document The Periodic Table Class 11 Notes | EduRev is a part of the Class 11 Course Chemistry for JEE.
All you need of Class 11 at this link: Class 11 The repetition of the properties of elements after regular intervals when the elements are arranged in the order of increasing atomic number is called periodicity.

The long form of periodic table is the contribution of Range, Werner, Bohr and Bury

(i) Each period consists of a series of elements having same valence shell.

(ii) Each period corresponds to a particular principal quantum number of the valence shell present in it.

(iii) Each period starts with an alkali metal having outermost electronic configuration ns1.

(v) Each period starts with the filling of new energy level.

(vi) The number of elements in each period is twice the number of atomic orbitals available in energy level that is being filled. To illustrate

1st period shortest period having only two elements. Filling of electron takes place in the first energy shell, for which,

Only one orbital (1s) is available and thus it contains only two elements. 3rd period short period having only eight elements. Filling of electrons takes place in the third energy level. For which,

Total no. of orbitals 9

But the energy of 3d orbitals are higher than 4s orbitals. Therefore, four orbitals (one 3s and three 3p orbitals) corresponding to n = 3 are filled before filling in 4s orbital (next energy elevel). Hence 3rd period contains eight elements not eighteen elements.

Group consists of a series of elements having similar valence shell electronic configuration. 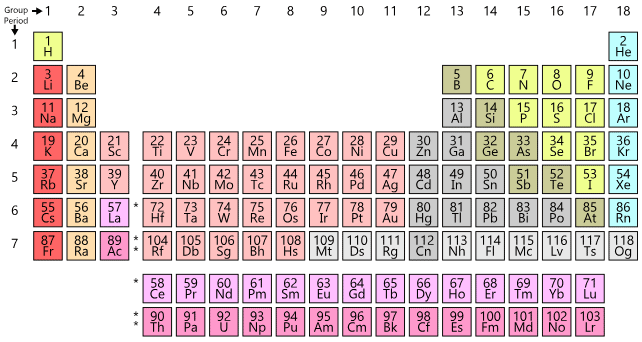 (1) There are Seventeen non-metals (including hydrogen) in periodic table.

(9) s - Block and p - Block together are called Representative elements.

(10) Five elements are radioactive amongst representative elements. They are Po, At, Rn, Fr and Ra

(11) There are seven periods in long - form of periodic table.