Our objective is to find the weight of a given body using the Parallelogram Law of Vectors.

What does the Parallelogram Law of Vectors state? 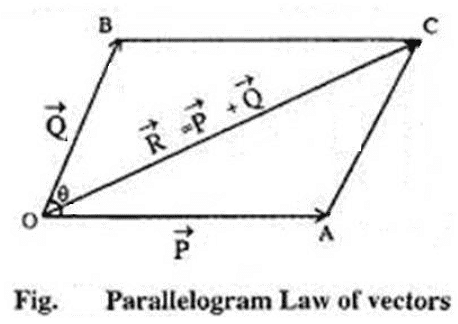 On a Gravesand's apparatus, if the body of unknown weight (say S) is suspended from the middle hanger and balancing weights P and Q are suspended from othe two hangers then,

The unknown weight can be calculated from the equation (1).

On a Gravesand's apparatus, if the body of unknown weight (say S) is suspended from the middle hanger and balancing weights 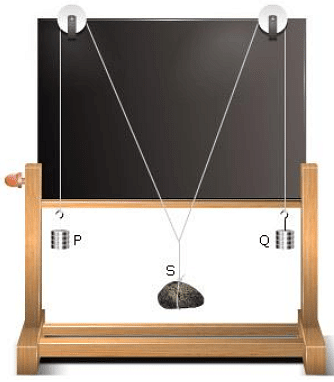 P and Q are suspended from the other two hangers then,

Now construct a parallelogram OACB by assuming a scale (say 1cm=50 gwt) corresponding to the weights P and Q. The diagonal of the parallelogram OC will give the resultant vector. The weight of the unknown body,

If W is the actual weight of the body, then the percentage error in the experiment can be calculated using the equation, 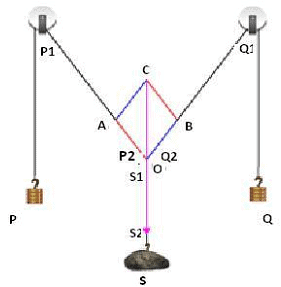 To find the actual weight of the unknown mass, W

The result shows the error is within limits of the experiment error.