The document Tissues NEET Notes | EduRev is a part of the NEET Course Biology Class 11.
All you need of NEET at this link: NEET

What is a Tissue?

Example: Blood, bone, cartilage are some examples of animal tissues, whereas parenchyma, collenchyma, xylem and phloem are different tissues in plants.

Example: Bone, muscle in animals and meristem in tips of root and shoot in plants.

Tissue are group of cells which are similar in origin and function.

The plant tissues are mainly of two types:

Question 2:Plant tissues are divided into meristematic and permanent tissues on which of the following basis?
Explanation

Question 3:What is the function of lateral meristem?
Explanation

(a) Simple Plant Tissues There are three types of simple plant tissues: 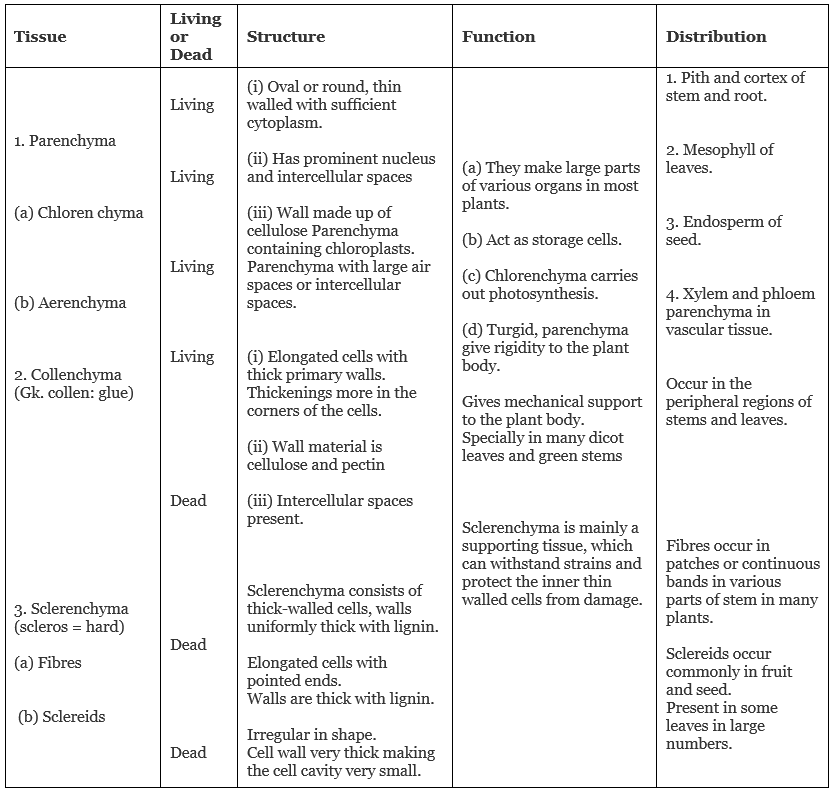 Question 4:The parenchymatous cells are
Explanation

These are living, thin-walled cells.

Collenchyma differs from parenchyma in possessing thick cell wall having deposition of pectin at the corners.
While
→ Sclerenchymatous cell lack protoplasm
→ Both parenchyma and collenchyma when contain chloroplast then known as Chlorenchyma
→ Collenchyma and Parenchyma both are simple permanent tissue which loose their capacity to divide hence, not meristematic. 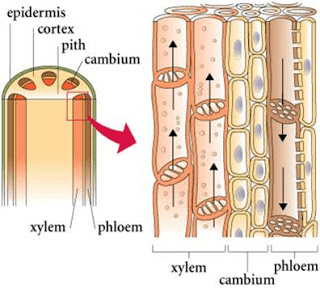 Table: Structure and function of the components of xylem and phloem Table 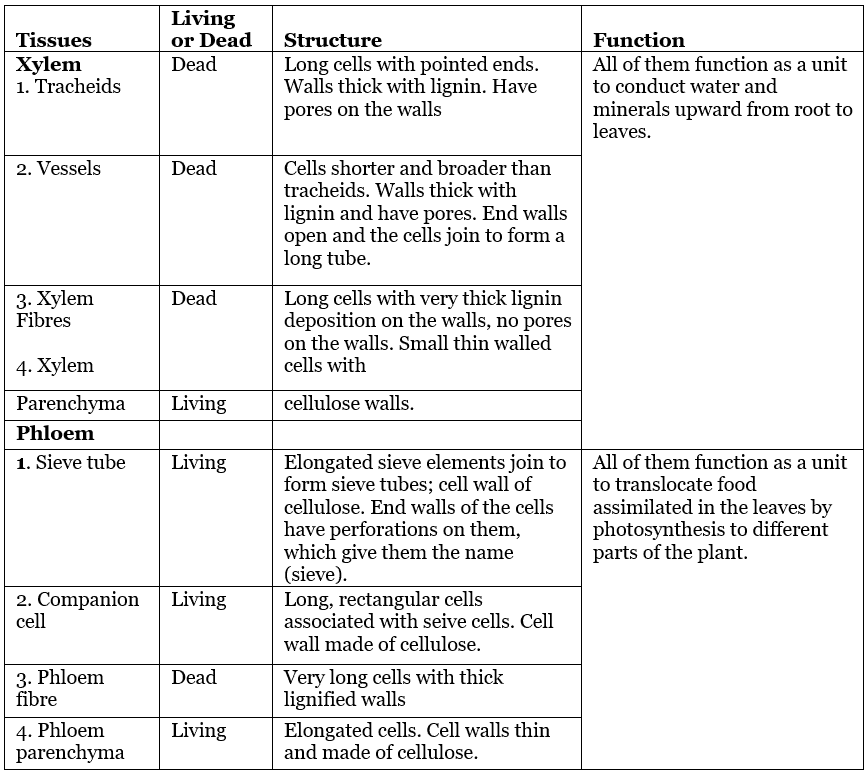 Question 6:The central lumens are obliterated in
Explanation

There are two important theories that explain the growth of a plant at the extremities of shoot and root.They are: